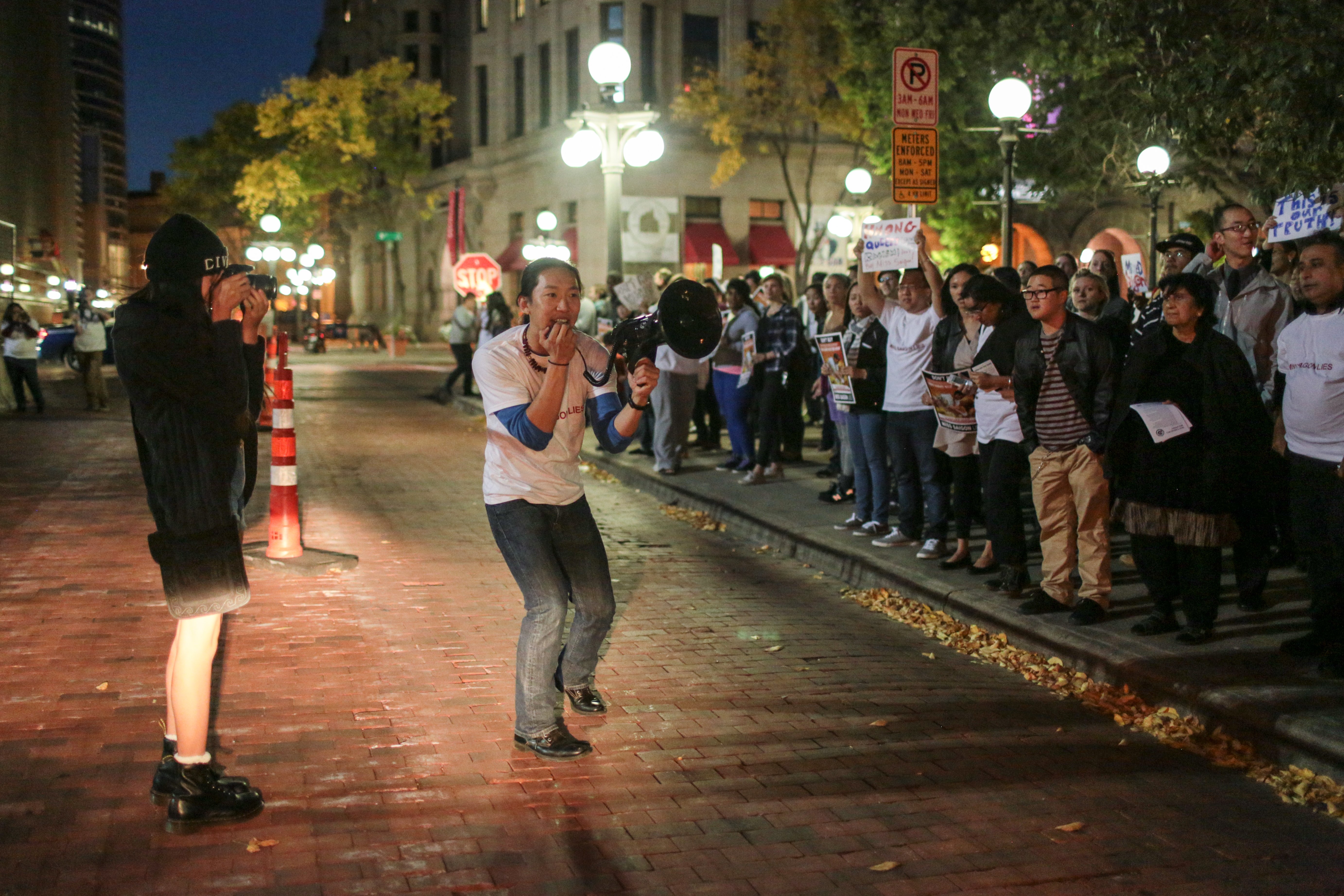 Artists, organizers, and community members convened in a unity gathering in downtown St. Paul’s Rice Park last Tuesday, to bring attention to what they see as racially offensive imagery and messaging in the play “Miss Saigon,” which was touring at the Ordway Theater earlier this month. A coalition of Asian American organizers and allies have brought together artists, activists and community members over the past several weeks to bring local, and even national, attention to the problematic play.

The Facebook page for the event reads, “‘Don’t Buy Miss Saigon’ Coalition has been organizing against the stereotypes and misconceptions perpetuated by the production of Miss Saigon and the fact that it has come back to the Ordway for the third time. The Coalition has created the October 8 event as an opportunity for local Asian Americans and our allies to come together in solidarity and to share our own truth about what it means to be Asian American.”

Above are some pictures taken by community organizer, Xay Yang, and the event’s photographer, Anna Min.

“It was intergenerational and people were mobilized and energized. The organizers were strategic in their planning and had put in so much passion into this. I admire all of them,” she said. “We had performances from our community and from our allies as well as people who gave speeches and some also talked about the last two times they organized and protested when the Ordway brought Miss Saigon: in ’94 and ’98. It is unfortunate that the Ordway continues to not be sensitive to our community and to other marginalized communities who continue to be pushed to the side and disrespected from privileged populations, institutions and systems.”

She added: “It was heartwarming to see all the support but it also broke my heart to see that all of these people are being affected and hurt meanwhile some white guy is profiting off of our experiences and more.”

“It was a very moving and empowering event. It’s powerful how we were able to come together as one unified body no matter what our race, color, or creed to tell the world that we as a community will not tolerate the perpetuation of stereotypes that hurt people,” Douangphouxay said.

Correction 10/22: A previous version of this article mis-identified Kurt Blomberg. The photo caption has been corrected.