Someone who commits domestic violence or stalks another person could lose access to a firearm.

On a 111-15 vote Wednesday, the House approved HF3238 as amended. It would prohibit a person subject to an order for protection in a child or domestic abuse case from possessing weapons for the length of the order under certain circumstances, and require them to surrender their firearms as would someone convicted of a domestic assault or stalking offense if being prohibited from possessing firearms is part of their punishment.

“I know this bill will not save every life, but this is an action that I believe will save lives,” said Rep. Dan Schoen (DFL-St. Paul Park), the bill sponsor.

He emphasized the bill does not allow the government to take guns without due process or a court conviction nor does it allow illegal searches and seizures. “This bill does not target the Second Amendment rights of law-abiding citizens,” Schoen said.

The bill now goes to the Senate, where Sen. Ron Latz (DFL-St. Louis Park) is the sponsor. 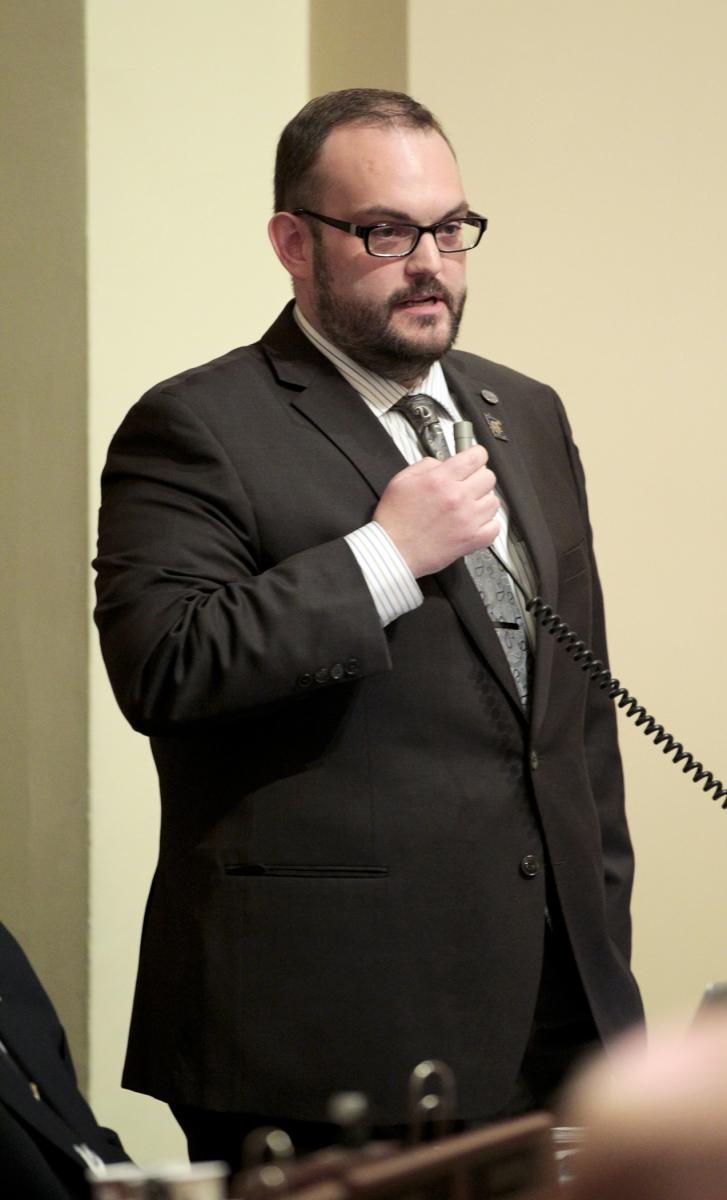 “It is our experience that guns make domestic abuse more terrifying,” she said. “Firearms are an instrument of torture in relationships involving domestic abuse.”

“We put as much protection for gun owners as we possibly could, and also protect a woman or a man from getting shot and killed.”

Left: Rep. Dan Schoen explains provisions of his bill, HF3238, which would prohibit a person subject to an order for protection in a child or domestic abuse case from possessing weapons for the length of the order under certain circumstances. (Photo by Paul Battaglia)