The so-called pet breeder bill at the state Capitol is well into middle age in terms of dog years. Lawmakers for the last seven years have disagreed over proposals that seek to stop inhumane dog and cat breeding practices.

Months of pre-session negotiations among interested parties, however, has yielded significant progress in the form of a delete-all amendment to HF84, sponsored by Rep. John Lesch (DFL-St. Paul). The amended bill, which was approved Wednesday by the House Agriculture Policy Committee, incorporates roughly 25 changes to the original bill that made its way through several committees last session. The committee referred it to the House Environment, Natural Resources and Agriculture Finance Committee.

“It’s my firm contention,” Lesch said, “that based upon the compromises that were reached in this bill, that after several years, even folks who were nervous about it, or suspicious about it, will be happy with it and recognize that it affords them to be seen as the good actors that they are and that there are not other onerous conditions placed on them to operate their business.”

Among the bill’s provisions is a requirement that commercial pet breeders be inspected and licensed annually by the Board of Animal Health.

Lesch noted that the amended bill no longer requires the Board of Animal Health to conduct unannounced inspections. A data practices-related change classifies animal premises information as “private or nonpublic” data. The amendment also removes “hobby breeders,” which had prompted significant discussion last year in committee. 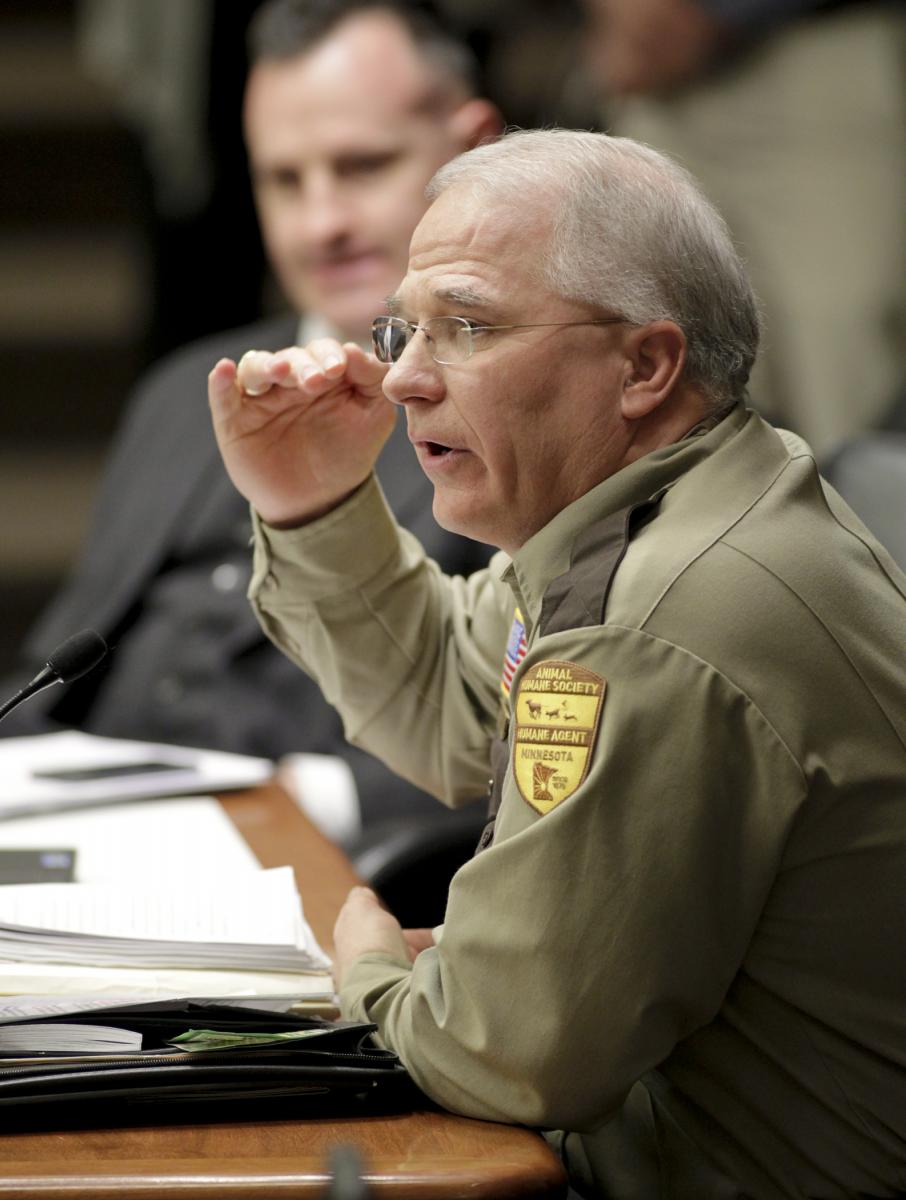 Quinn Cheney, a lobbyist for the Minnesota Pet Breeders Association, said that group is supportive of the amended version. “There are some things we don’t love, but can live with,” Cheney said.

She applauded a provision that recognizes breeders who demonstrate excellence. She said the association still has concerns with the criteria that govern how the Board of Animal Health would deny a license.

While the Pet Breeders Association is supportive, a couple of individual breeders testified against the bill. They told the committee the bill is motivated by extreme animal rights groups that want to ban pet breeders.

Provisions included in the bill specify veterinary protocol for commercial breeders and require a veterinary health certificate to accompany sales of animals. This garnered support from the Minnesota Veterinary Medical Association, according to group’s immediate past president John Baillie. “We believe our provisions are important to ensure the animals at these commercial facilities are provided quality care and conditions,” Baillie said.

Of particular concern to members of the committee was whether the bill is a “slippery slope” that could be applied in the future to livestock farms. The committee received some assurance from Thom Petersen, director of government relations for the Minnesota Farmers Union.

“We believe it’s limited to pet breeders and has limited or no impact at this time on agriculture,” Petersen said.