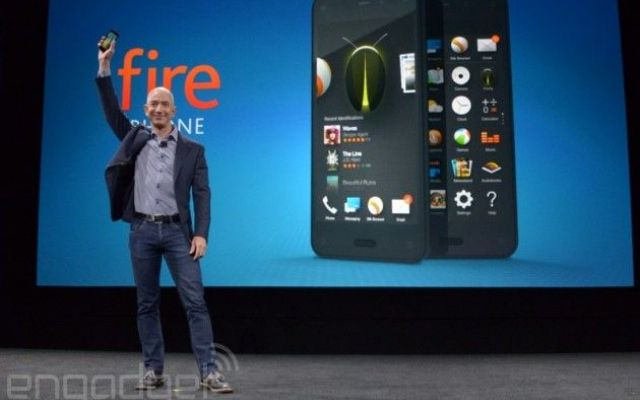 Amazon’s new Fire smartphone has a feature called Firefly, that, according to the company, can recognize over 70 million products, including “household items, books, DVDs, CDs, video games, and more. It’s easy to (a)ccess product details, add items to your Wish List, or order on Amazon straight from your Fire phone.”

Members of the Metro Independent Business Alliance had a lively conversation recently about the impact of Amazon and its new Amazon Fire smartphone on local independent businesses. The conversation took place on MetroIBA’s members-only list-serv.

Chris Hanson, CEO of thedatabank, sparked a lively conversation by calling the Amazon Fire “one of the most unethical devices to come out in a long time and… a big affront to building local economies. The premise of the phone is you can go into any retail establishment, take a picture of something, and then buy that something on Amazon. I don’t understand how they can get away with using local retailers as their unpaid showroom… If I had a retail store I would ban these phones from my store.”

“From my perspective as a store owner of smaller goods that Amazon specializes in (not furniture or appliances), Amazon is very much distorting the marketplace and having a huge impact on not just our business but our entire industry. If I had the luxury of choosing only vendors who don’t sell through Amazon, I’d only have a couple dozen products in my store.”

In baby goods and toys, the entire concept of wholesaling to specialty stores is being quickly eroded, much as it already has been in recorded music and books. Many of our vendors allow Amazon to set their prices and are powerless to control how Amazon markets their products. I feel like our store can compete, but my industry as a whole may not be able to.

Yes we need to compete with excellent service and by creating a compelling shopping experience. But, I think we also need to work to change people’s perceptions of what Amazon is and how powerful they have become. Amazon still basks in the glow of the internet startup and people are still mesmerized by the gee whiz magic of buying online.

In truth, Amazon is far worse than Wal-Mart. It treats its employees even worse and hides them away in remote warehouses. It pays no local sales or property taxes (In MN at least, as well as most other states) and it has allowed its Marketplace sellers to sell stolen or even illegal and unsafe merchandise. And yet thoughtful people who wouldn’t be caught dead in a Wal-Mart will brag about how great Amazon Prime is.

It’s gotten to the point where we need to start letting our friends and family know about how bad Amazon is and what they can do about it.

We can all make a difference. Ask your friends and family to seek out gifts at locally-owned independent stores. And, when you see a blog post or news article that links to a new product or book on Amazon, take an extra second to search local brick and mortar stores who are probably offering the same item, often at the same price as Amazon. “

Sharon Sudman, owner of Image Spigot Graphic Design, says business owners need to redefine “success”: “On a certain level, that’s what we’re all talking about.
People like Bezos define “success” along the lines of “controlling everything in the world (flow of things, money, information, thinking)”. The more people can define success as something beyond “making money cling/accrue to oneself” (how I tend to think of that low-price mentality anyway), the more they can see that their relationships and the quality (texture, feeling, health, sensations, vibes) of their lives is really the measure of their wealth.
We are part of a burgeoning movement that is defining “success” as personal intangible wealth: family, community, arts, joy, peace, justice and sustainability.”

I’m not in love with them but if the AMERICAN CONSUMER decides that they are, we will not attempt to stop them from choosing to use them. We will compete in other ways and continue to seek out relationship buyers rather than transactional ones. Transactional buyers have absolutely NO loyalty and couldn’t care less about you or your business. To them it’s all about saving a buck at all costs.

Perhaps our welcoming attitude and culture joined with our reputation will turn some of them into relationship buyers.

Mike Schumann, from Traditions, a home furnishings retailer with stores in Minneapolis, St. Paul and Naples, FL, said that “as a retailer, it’s a lost cause trying to ban cell phones from your store or to prevent shoppers from shopping around. What you can do is ban merchandise from your store that is sold on-line.”

As a furniture retailer, we refuse to do business with any vendors who permit their products to be sold on-line or via catalogs. Our vendors are very cooperative on this. They understand that no one is going to buy a sofa that they can’t sit in. They also understand that if they don’t control their distribution, we won’t stock their product and they won’t be selling it to anyone.

When you are buying something where delivery, service and design are issues, then many times the lowest price is not necessarily the best deal. In our experience (the furniture business), customers who are totally focused on getting the best deal are usually your worst nightmare. Many times, not only do these customers want the lowest price, but also expect perfection. It’s a HUGE advantage to have these people shopping at the chain stores, as they are rarely profitable business prospects.

Jonathan Hatch, executive director of St. Paul Media, sees a positive side to the new technology: “

Speaking from the perspective of an interactive studio that designs responsive websites, the Amazon phone is a boon for the industry–more competition in a technology space that increasingly coagulates as the big device manufacturers continue to buy up all of the patents. Anything that can provide variety in a marketplace dominated by two operating systems sounds good to me. I can understand how this might feel threatening from the perspective of a small, local retailer, but the people buying this phone for the shopping feature probably aren’t your target market anyway, as someone already pointed out.”

Jim Hickle, president of Velocity Telephone, says he agrees with Jeff Warner. “As a local company who competes daily with Large National competitors (Comcast & CenturyLink) and selling services that I’m sure most of you think are commodities (Phone and Internet Service), we continue to grow our business by providing better customer service, listening to our customers needs and fulfilling them, providing a faster more reliable service and basically just being better overall than our competitors.  I will say that it is HARD WORK to do so!  What I always find interesting, is that even if I’m local, and even if my service is better, most of you will also expect me to be cheaper than Comcast or CenturyLink.  I believe we are all guilty of “buying on price” at one time or another, I think we all like a to get a deal.  I know I try to buy locally as much as I can by supporting my local businesses, restaurants, suppliers, but I also consider some of the local big box stores to be local companies who employ local people and friends of mine and I like supporting them also.

Mike Brooks, co-founder of Curenci:
Evolving technology cannot prevent a local store from delivering quality and service. But it can interrupt the focus of the consumer and hide the local merchant from view or make a local store a prop, preventing the chance to initiate a personal relationship and begin a sustainable siphon of repeat business.
The beauty and power of local business is its individuality and accessibility. Without its mortar, there would be no bricks. One only has to think of the Old West towns, idled with decrepit store-fronts, its streets filled with tumble weeds because the merchant base left Dodge.
It is proven there is strength in numbers…that are coordinated. Forging the myriad of local business personalities into a single coalition offering direct community benefit will create the critical mass buy locals across the country need to get noticed and more effectively compete. This is an offensive strategy. It re-focuses local populations on who makes their community thrive, and elevates these networked stores above the advertising and pricing din of box stores and internet predators.