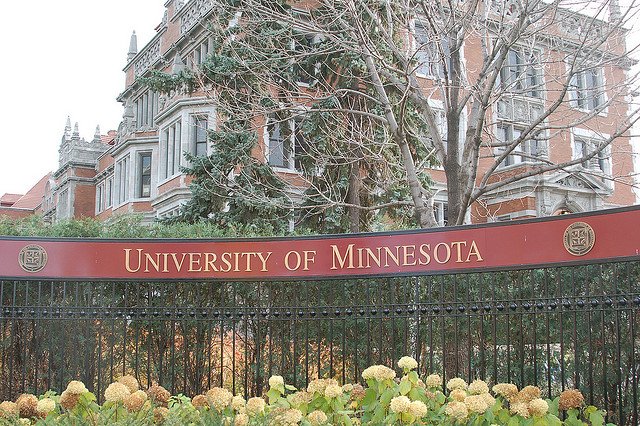 Nya Lony lounged on a couch in the Black Student Union’s office in Coffman Union on Tuesday afternoon, surrounded by a buzz of students who were studying and chatting.

To Lony, the office is a home away from home where she has a strong sense of community.

“On a campus of 50,000 people, my comfort is confined to this space,” said Lony, who is also president of the African Student Association.

Lony’s experience as a minority at the University of Minnesota isn’t unique, and it’s an issue school leaders say they would like to address.

As part of an ongoing discussion to increase diversity and inclusion on campus, the University launched its first-ever diversity week on Monday, which lasts until Friday. School officials said the week’s purpose is to celebrate campus diversity initiatives and brainstorm new ways to create a more welcoming environment for University students.

While students and staff members say they are pleased to see the University host discussions on improving campus diversity, some say they would like to see more tangible solutions put in place.

The Office for Equity and Diversity, along with other University diversity offices, created the weeklong program, which features nearly 50 events ranging from open houses at multicultural offices to special lectures on topics ranging from gender equity to cultural intolerance.

Vice President for Equity and Diversity Katrice Albert said the weeklong event fits into the University’s mission of raising awareness about the school hosting all types of cultures and people.

“We’re taking risks by having conversations we usually don’t have,” Albert said at the week’s kick-off event at Northrop Plaza on Monday afternoon.

Albert, who came to the University in June 2013, spent her first seven months in the position listening to the concerns of students, faculty and staff members across the University’s five campuses to create diversity initiatives.

Currently, Albert said the office is focusing on a variety of initiatives to promote diversity.

This month, the office is also holding open discussions on the University’s climate to get a grasp on students’ experiences and gauge how welcome they feel on campus.

College of Education and Human Development Assistant Dean Jennifer Engler said the University is doing many things well regarding diversity, specifically noting a certificate program that OED offers, which educates faculty on how to work with students from all backgrounds.

While she acknowledged that the program is effective, Engler said more faculty members could utilize it and the other opportunities the school offers.

“The resources available could be used more deeply,” she said.

But Council of Graduate Students Executive Vice President Clemon Dabney III said he would like to see more accountability and transparency among school leaders, and they should admit that the school has a problem with diversity and address it with policy changes.

“It’s a problem all across the country, and it’s not something to be ashamed about,” he said.

Patricia Jones Whyte, director of the Office for Diversity in Graduate Education, said the University is aware of its lack of diversity, especially compared to the demographic makeup of the Twin Cities.

“We have climate issues that need to be addressed,” she said.

But some of the school’s efforts aren’t openly publicized and sometimes go unnoticed, she said.

While the University continues to work on its long-term diversity goals, some students and school officials say it should place more effort on embracing diverse campus groups.

“I feel like sometimes the ‘U’ could do more to support those efforts,” said Jan Morse, director of the Student Conflict Resolution Center.

Morse said the diversity week demonstrates the value of differences on campus, but the University could create more opportunities throughout the entire year to emphasize that idea.

Biomedical engineering freshman Najmo Aden, who is a member of the Al-Madinah Cultural Center, said she appreciates the space the University offers for cultural groups, adding that students could do more to embrace the existing diversity on campus.

“A lot of people hang out with people that look like themselves,” she said.

Lony agreed that students are an important piece to the puzzle and said she would like to see more discussions on diversity at the student level.

“That’s a very important conversation to have,” she said. “I think we need to be conscious of other people’s experiences.”