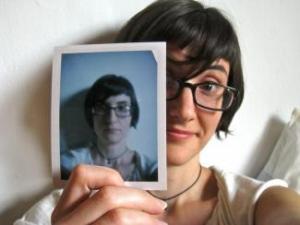 Susan Pagani has lived in Minneapolis longer than she’s lived anywhere else – about six years. Growing up her family moved frequently, and by her calculations she’s lived in 7 states, 12 cities, and 35 houses. But it’s Minneapolis that she calls home, and writing a chapter on East Lake Street for Heavy Table’s upcoming book The Secret Atlas of North Coast Food has deepened her ties with the neighborhood through hours of exploration in the tucked-away corners of local shops and restaurants.

“I thought I knew the food on the street pretty well, but once I got into the project and started visiting all of the restaurants and shops, I was sort of in awe of everything that’s there,” Pagani explained. “Now, having had those experiences and really explored the place, it definitely feels more like my neighborhood.”

Her work began by driving up and down East Lake Street with James Norton, editor of Heavy Table, compiling a list of spots they loved and new places they wanted to visit. Pagani narrowed that list down, and a month later, she went on a walking and driving tour of the different shops with illustrator Andy DuCett. The results? A diverse collection of food from more than 12 countries and four continents. While she describes all of the shops included in her chapter as gems, there were a few places that stood out to her, including Dur Dur Bakery and La Alborada Market.

Dur Dur Bakery was one shop she had been meaning to visit, and the book project gave her the perfect reason to explore. “I always wanted to know what that place was about. It was really cool to go in there and see the variety of things they have for sale.” She found bags upon bags of rice packaged in zippered bags with handles, as well as a variety of East African spices and tea. Pagani also describes hundreds of different kinds of honey for sale. She commented, “There’s honey that is just plain honey and then there’s medicinal honey that is infused with different things to help the heart, to help with energy, to make you smarter…” Pagani also found it interesting to see a bit of history represented in the bakery. She said that the pastries sold at Dur Dur are vaguely Italian, a reminder of a time in history when the Italians invaded East Africa.

Another of her favorites? La Alborada Market. Pagani commented, “The market is piled high with cactus paddles and beef tongue and the ceiling is a sea of pinatas. It’s kind of gonzo in there, and you wouldn’t think there would be that much going on in that tiny little place, but you get in there and it really is cavernous. And then on the other side is this little cafe that has terrific food. I had never had a tamale that was wrapped in a banana leaf before, and it was big and flat and the cornmeal inside of it was like pudding. It was the most delicious thing I’d ever eaten…. It is one of those things that now I crave.”

In addition to the chapter on East Lake Street, the book will cover ghost restaurants – the now-closed restaurants that made a lasting impact on the community, a collection of cheeseburger joints, a food map of restaurants around Lake Superior, a cheese map of the Midwest, and – one of our favorite ideas – a map of good-smelling restaurants.

Pagani explained that the chapters really reflect the unique perspective of each contributing author. “I think what’s neat about [the book project] is how quirky and personal all of the ideas are. The chapters capture what’s important to the person who’s writing it, both in their interests and also what’s appealing about food in general. It’s not just food as sustenance, but as an experience and as something you share with other people.”

Pagani is no different. Tapping into her love of fly fishing, she’ll be writing a second chapter centered around fishing in Wisconsin. While she can’t divulge too much information, she says the chapter will be part food writing, part nature writing – a perfect blend of eating and fishing, with the possibility of a cocktail recipe thrown in for good measure.

With eight days remaining, the project’s Kickstarter reached it’s $16,000 goal this morning. However, Heavy Table has plans for expanding the book if they receive additional funds. You can still help fund the project by visiting its Kickstarter page.

Check out a preview of Pagani’s East Lake Street chapter and read more about the collaboration between artist Andy DuCett and Susan Pagani.