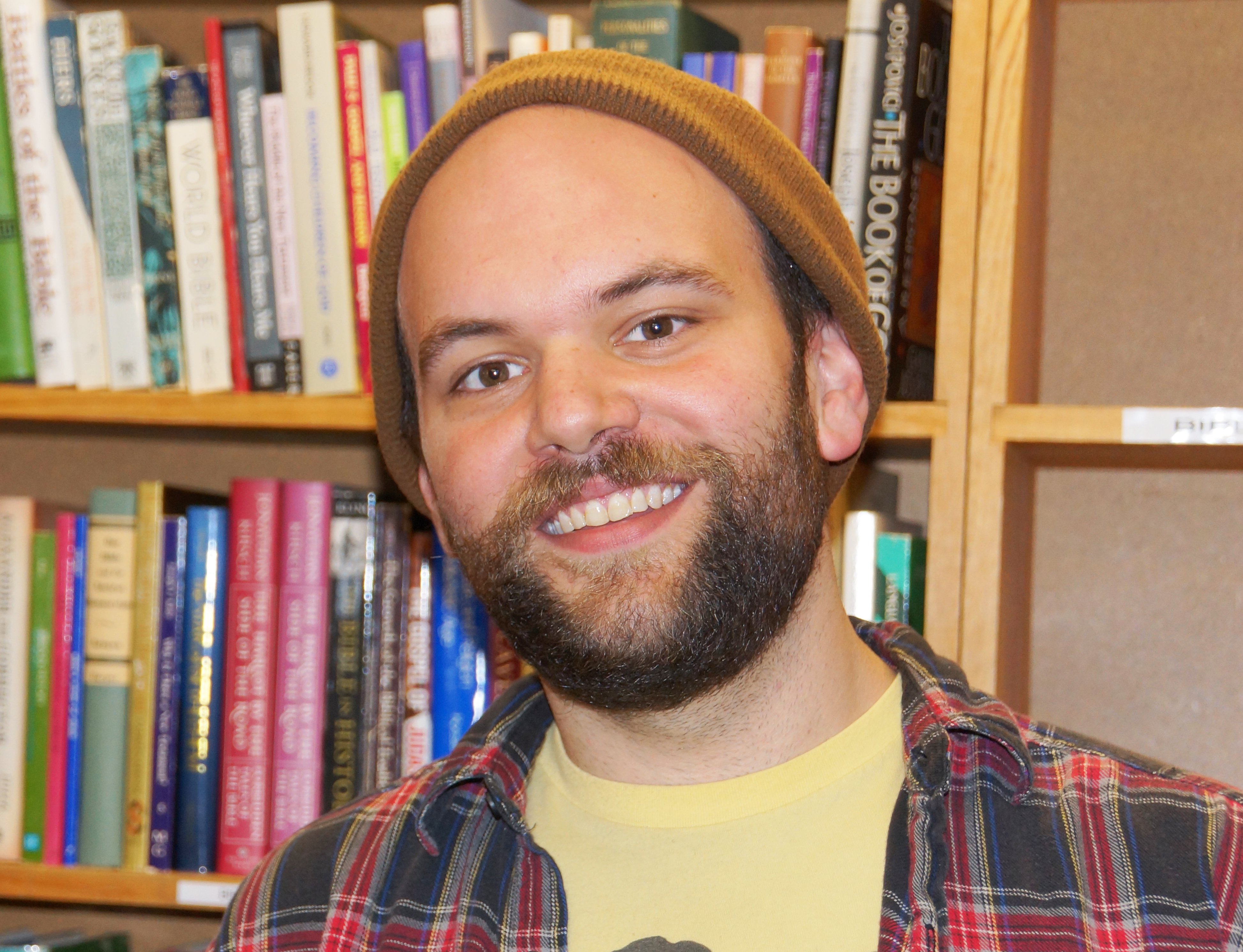 Save Dinkytown leaders will continue lobbying Minneapolis City Council members to block a proposed six-story mixed-use apartment and business development when the council takes up the plan on Friday, August 2.

The council’s zoning and planning committee on July 25 rejected the rezoning from C1 commercial to C3A mixed-use that would have allowed Opus Development to replace three buildings and a surface parking lot with the new 140-unit apartment building on Fifth Street between 13th and 14th avenues southeast.

The surprise 3-2 vote, which went against both the planning department and planning commission’s recommendations, gave Save Dinkytown a victory that organizers are not taking for granted until final City Council action on August 2.

“We still have to fight the battle at the city council,” said Gordon Kepner, long-time resident who lives near Dinkytown. “Opus is now on full alert and they’re going to pressure in the many ways they can.”

Opus developer Matt Rauenhorst, however, said on July 26 that he will continue to push for the development, but he said he was uncertain whether he would seek time to speak before the council.

“We will ask the full city council for the rezone,” he said.

“We’ve been though a really lengthy process for this project,” he said, listing meetings with the Marcy-Holmes land-use committee and addressing the conditions the neighborhood put on its support.

Matt Hawbaker, a manager of the Book House and organizer of Save Dinkytown, said he plans to continue trying to reach more people to contact their council members to oppose the rezoning.

“It’s a big step, definitely,” he said about the zoning and planning committee vote, “but a lot can happen in a week. We’re going to continue to ask people to tell their representatives how they feel. We will try to reach them through the media and online.”

Although she is not on the committee, Third Ward Council Member Diane Hofstede, who represents Dinkytown, urged the committee to reject the rezoning proposal until the Dinkytown stakeholders complete a small-area plan for the four-block district.

Nonetheless, Hofstede would not predict the council’s vote. “Nobody can say what will happen when you take something to the City Council,” she said.

Council President Barbara Johnson can choose to open the agenda for discussion, just as chairman Gary Schiff did with the zoning and planning committee, even though the item was originally listed on the consent agenda, which wouldn’t have allowed discussion. Schiff gave each side 20 minutes for presentations to his committee.

The committee’s vote shocked Laurel Hanson Bauer, owner of the House of Hanson, and the building that housed two other businesses—the Book House and the Podium guitar store—that she had already evicted on the assumption that the sale to Opus was a sure thing.

Bauer and Pat Duffy, co-owner of Duffy’s Pizza and two old Victorian houses with business property, had both announced the closing of their businesses at the end of July—actions they postponed after the committee vote.

Hofstede said she had never discussed the issue with Duffy or Bauer.

As soon as she heard of the Opus proposal last winter, Kristen Eide-Tollefson, owner of the Book House, began organizing Save Dinkytown, which went to the political conventions last spring and received an endorsement from the DFL city convention, whose resolution called for protection of the city’s small-scale C1 business districts so “we don’t lose them to the redevelopment impulse,” she said.

“The council vote is next Friday, and we have yet to deliver our packet with the petition containing 3,200 signatures to the rest of the council members,” Eide-Tollefson said. She said 700 of the signers added personal comments.

She hopes to meet with each council member or their staffs before the council meeting. “I just focus on making sure people have the information they need. Other people count votes,” she said.

City planner Kimberly Holien said the 140-unit Opus proposal would be across Fifth Street from a 317-unit mixed-use UTEC building under construction and across 13th Avenue from an 18-story residential development with some commercial space.

The UTEC site is zoned C2, which probably wouldn’t be done today, she said.

“The only thing before you right now is the rezoning application,” she told the committee. The current site is 70 percent surface parking, she said.

Eide-Tollefson said the committee stopped the momentum because the “real issues were addressed by council members” in contrast to the staff recommendation that said high-density housing was appropriate because Dinkytown is classified as an activity center.

“It became apparent that would mean that there would be no place in Dinkytown that wasn’t appropriate for high-density housing by that standard,” she said. “We really felt heard. We felt that the vote was because the issue was directly engaged and the problems with rezoning without a small-area plan in place became apparent.”

“We’ve heard since January that this is a done deal, and those kind of dynamics create a difficult situation, especially when people made business decisions on that assumption,” Eide-Tollefson, who has moved the Book House to the second floor of Dinkydale at 1316 4th Street Southeast.

When she and Jeff Molde, owner of the Podium, announced their possible eviction, they discovered a “tremendous outpouring of sympathy from the greater Dinkytown community with people signing the petition and calling their council members.”

This “greater Dinkytown,” she said, consists of thousands of people who have lived or studied in Dinkytown and who feel some attachment to it, even though they no longer visit it regularly.

“People needed some way to be heard. I don’t have a lot of experience in city politics. We certainly hope that the issues raised at the committee meeting will be on the table at the council.”

“We want to allow the small area plan process to work without the imposition of what developers want,” Hawbaker said. “I feel that if you’re kind of going backward with the staff getting plans from a developer and finding reasons in the comprehensive plan to support it. What we want to see is development that happens from the ground up rather than [is] imposed on us.”

“It is really great that they took a position against this project especially in the context to allow a small area plan to actually work,” he said.

“So much of Dinkytown will be transformed,” Kepner said, “if they get the C3A. I think council members are beginning to respond because they see that this decision has big consequences. What does it cost them to take a few months to get a small area plan in place?”

“The problem is that this is the first developer in; it’s his vision and there’s no opportunity to seek other visions,” he said.

At the zoning and planning committee, chairman Gary Schiff and Council Member Kevin Reich voted in favor of rezoning for the Opus development and Council Members Cam Gordon, Lisa Goodman, and Meg Tuthill voted against it.

The victor on Friday will need seven votes from the City Council and Mayor R. T. Rybak will have until August 8 to sign, veto, or abstain from the council’s action.

At the committee, Marcy-Holmes resident Barbara Camm predicted that Opus would sell the property once it’s developed, meaning profits could go out of the state, creating yet another absentee-landlord situation.

“Dinkytown and its environs has evolved and changed over the years,” Camm said. “That it has changed does not mean that the students, faculty, and city residents do not deserve a unique campus commercial and entertainment district as do other universities of a similar size.

“That does not mean that an existing destination restaurant should not be able to have delivery trucks drive to the back door because the new development does not leave space for it.

“That does not mean that the residential neighborhoods surrounding Dinkytown do not deserve to retain their on-street parking without the glut of additional cars due to increased density because students will not pay high fees for parking in the projected limited space parking ramps.

“That does not mean that students will not want to keep their cars and that the entire university population, Marcy-Holmes residents, and city residents who visit Dinkytown are going to be riding bicycles during our freezing, icy, snowy winters,” she said.

Architect David Graham said his firm has worked hard to continue “the fabric of Dinkytown” with two-story facades and higher floors set back from street-level sight lines in the proposed building.

“This is about keeping the core of Dinkytown,” Graham said. “This will serve as an endcap with the current six-story building on University Avenue” at the opposite side of Dinkytown’s four square blocks. “This is not a steamroller but an endcap to preserve and enhance the character of Dinkytown.”

The building would wrap around secure parking with 32 spaces below grade. “The facades undulate to create pocket parks. Some of the character of Dinkytown is larger buildings with individual tenants creating their own façades.”

Goodman said the development would increase the property values so much that only chain stores could afford to move back into the new facility.

“I would go back if I could compete,” said Bauer, whose grandfather founded House of Hanson in 1932. “That train left the station when CVS pharmacy came into the mixed-use building on the edge of Dinkytown. They took 50 percent of my business. My cost is four fold now over my father’s in the store, and I take in less than he did.”

“I have pulled a lot of plugs and the water is draining fast,” she said.

Council Member Gordon said he was impressed with the development and the developer’s efforts to address the community’s needs.

“Why are there so many issues that are still lingering here?” Gordon asked. “It’s not this project but the potential of what this will lead to in this area” that he found disturbing.

Do you think Dinkytown should be redeveloped? Take our poll and share your opinion.