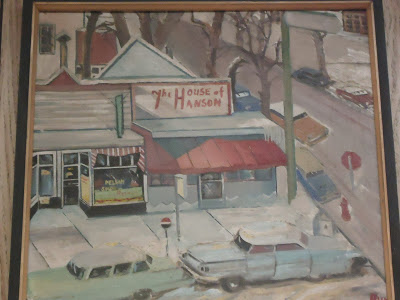 On any given night there were six or seven of us in the second floor walk-up on 8th Street SE. The landlord advised that the attic wasn’t up to code and not intended as a sleeping unit, but it was freshly painted and he didn’t object when he discovered two of my roommates using the space as their bedroom. I was a freshman at the University of Minnesota and I felt as grown up as I ever did before or since. For $127.50 a month I had my own space in a drafty room between the kitchen and living room. We had a tiny square television, the size of a shoe box and the weight of an anvil, and we positioned it between a battered old couch and a garage sale La-Z-Boy. Nobody ever sat on the couch. The springs were loose and the long wires occasionally cut my legs when I walked past.

The kitchen was rarely clean and the sink was always full of pots and pans and plates with disgusting stuff stuck to them. Four of us roomies worked in the food court at St. Anthony Main which meant we lived on a steady diet of deep dish pizza (I worked at American Pie Pizzeria) and fried rice and Vietnamese egg rolls (one of the guys and two of the girls worked at Thieves Market). On payday we’d splurge and boil up a few bags of ramen noodles. In the pantry one roommate stashed a six month collection of returnable beer and pop bottles. During late night study sessions we’d load grocery bags with a couple dozen bottles and carry them a few blocks up to House of Hanson for the return money. Cash in hand we’d peruse the frozen pies (99 cents each) and head home with lemon cream or French apple, cold glass bottles of TaB, and a pack of Mores for the roommate who smoked those strange long brown cigarettes.

Twenty-plus years later I no longer purchase frozen pies, it is impossible to find a glass bottle of TaB, and no one smokes anymore (at least not in public). A hideous big box CVS now stands kitty-corner to the Dinkytown McDonald’s, the drug store where we used to buy notebooks and purple cans of Aquanet is a pasta bar, and a liquor store and sandwich shop replaced the Burger King where we biked or walked through the drive-thru for Sunday morning pancakes because the regular counter didn’t open until lunch.

The iconic are easily replaced. Progress, I suppose.

You can still rub shoulders with students and professors and local celebrity types while waiting for a seat at Al’s. And if you hurry over to 14th and 5th you might be able to buy a pop, a frozen dessert, a pack of smokes, the newspaper, magazines, a notebook and hairspray at the House of Hanson. At least for now. But not for long. Make way Dinkytown. More luxury is coming to you and likely lots of empty apartments that cost more to rent each month than my mortgage. They’ll replace the handful of Mom and Pops that serve the residents of Southeast Minneapolis.

Experience tells me that scratching and scraping one’s way through college is a worthy, character-building effort. How does that experience change when it takes place in a luxury apartment with underground parking and a gym? And with tuition costs ten times what they were when I was a freshman, what kid can afford the rent? I suppose I am too nostalgic. I am too much like the old guy standing on his front stoop yelling at the kids to stay off his lawn because back in his day children respected their elders and didn’t run on the neighbor’s grass. The older I get the further away is evidence that I once was filled with exuberance and youthful intensity. Yeah, maybe I am taking this whole thing personally. Like a couch with broken springs, like a neighborhood Main Street, I’ve also been replaced by the new icons.

A final farewell walk around House of Hanson brought back memories of frozen pies and cigarette smoke, the pleasantly bitter taste of saccharin and the incredible holding power of Aquanet. The clerk pointed to a framed painting above the shelves. She told me the ancient picture of the House of Hanson, the corner store, the cornerstone, has hung there forever. Funny I never noticed it in my youth. 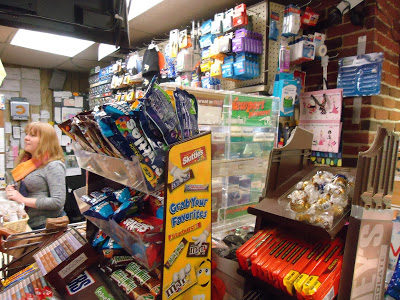 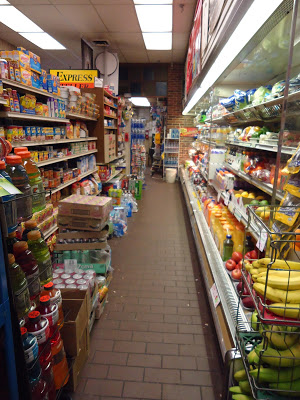 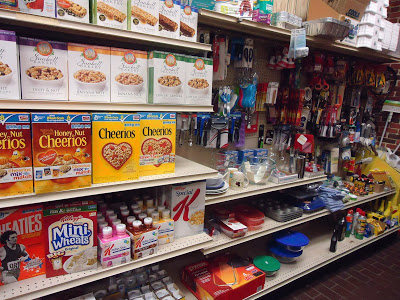 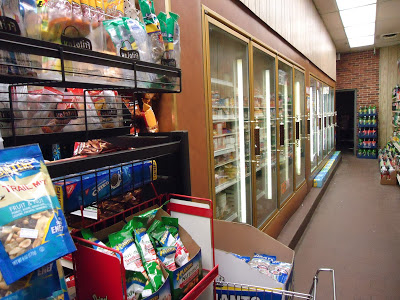 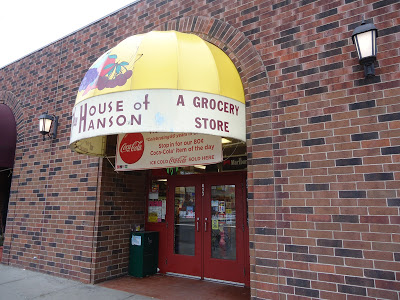