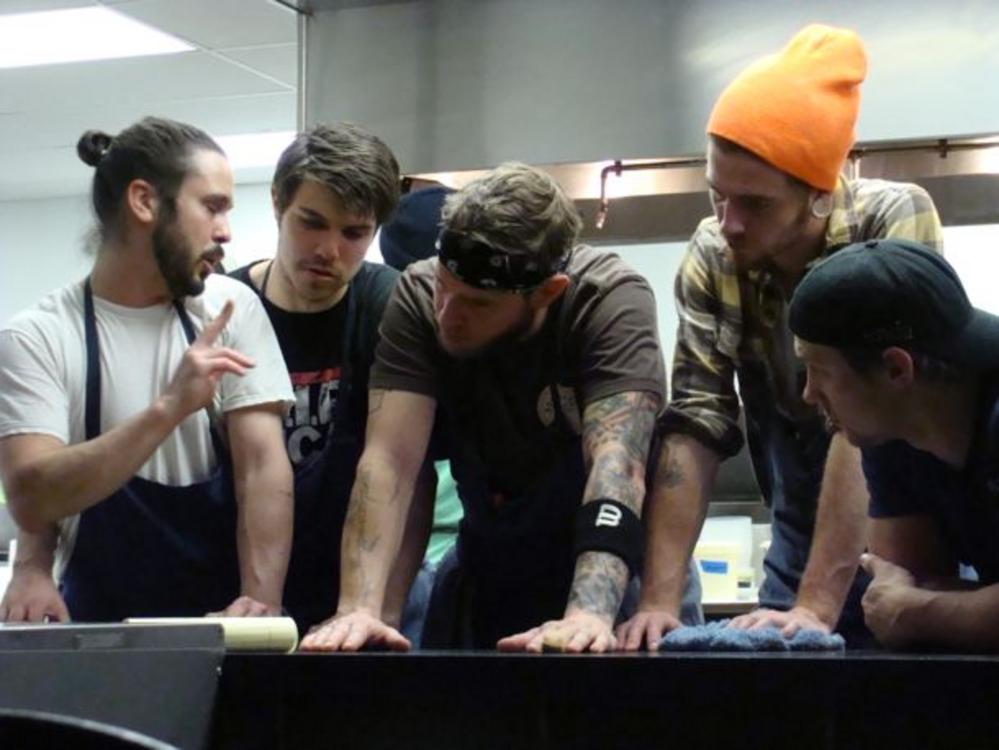 You know that saying about pizza? “Pizza is like sex. When it’s good it’s really good. And when it’s bad it’s still pretty good.”

Well, that’s the way I feel about dim sum.

I had a chance to try the dim sum at Umami by Travail last night, and I the dim sum at Wanderer’s Garden in Minnetonka last weekend. I have never had authentic dim sum at a tea house in Guangzhou, which is why I envy my friend Pearl Bergad, who is organizing a culinary tour of Guangzhou next summer, led by  Vincent Mar, a native of the area.  By the sounds of it, there will be plenty of dim sum on the menu, at authentic Chinese tea houses.

Read on for details of all three dim sum adventures.

Dim sum at Umami by Travail 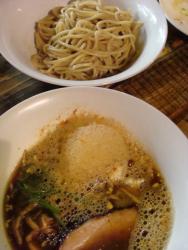 We arrived at Umami last night at a dramatic moment. All eyes in the packed restaurant were focused on a table in the back. Before I could figure out exactly what was going on, the place exploded in stadium-decibel levels of whooping and cheering. It turned out that Travail chef and co-owner Mike Brown had just lost a beer chugging contest to one of his cooks — his first loss in seven years. He won a rematch a few minutes later.

That might give you a bit of the flavor of the place, where the decibel level remained pretty high all night — very boisterous, and a lot of fun. It’s a pretty young crowd, with seating at long communal tables. When one of the cooks announces a birthday, he orders everybody to join him on a chorus of Happy Birthday, “or else something bad will happen to you,” and everybody does join in.

Umami started out as a temporary pop-up restaurant, apparently to give the talented chefs at Travail something to do while they wait for the construction of their new restaurant to be completed. (Travail is currently closed, and scheduled to open in a new location later this year, funded by an amazingly successful Kickstarter campaign.) Umami is located at 904 W. Broadway in north Minneapolis, in a space formerly occupied by a Louisiana Fried Chicken Franchise, next door to a Little Caesars. In the dark, it can be hard to find.

Reportedly, there are now plans to make Umami a permanent restaurant. It’s a welcome addition to north Minneapolis, where good restaurants are few and far between. The $40 fixed price menu (or $40 for all-you-can-eat dim sum ) featured on some nights might be out of reach for many neighborhood residents, but the restaurant also offers some items for carry-out at very reasonable prices ($5 per item). Last night, the dim sum was offered a la carte, and prices seemed reasonable, with most small plates in the $3-$5 range, and a meal-sized bowl of ramen noodle soup offered for $8.

Travail is known for its culinary creativity, and that’s in ample evidence at Umami. Their take on dim sum includes a few of dishes that have some resemblance to traditional Chinese tea house fare, such as their pork dumplings and shrimp dumplings, but most of the menu offerings are their own creations, such as the avocado with soft-boiled egg, or the octopus croquette. The flavors tend to be robust, rather than delicate, and occasionally a bit salty, but most of it was very tasty. I probably wouldn’t order the octopus croquette again, or the surprisingly bland sliced pork loin, but other items, such as the kim chi, the kombu and cucumber salad, the chicken wings and the ramen noodle soup were all winners.

If you want a reservation for Umami, you have to buy tickets in advance online. They announce on their website and Facebook page when a new round of reservations will become available, and they tend to sell out quickly.  (My reservation, made six days ago, was for 9 p.m., because that was the only time slot still available.) 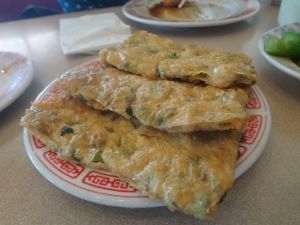 A Chinese-American friend of mine tipped me off to the dim sum at Wanderer’s Garden in Minnetonka. “As good as Mandarin Kitchen,” he claimed, “and without the long lines of customers waiting for a table.”

So we headed off last Saturday to the restaurant, located in a strip mall near Ridgedale, at 394 and Plymouth. At 1 p.m. there was no wait for a table, and the cart that came by offered a decent selection of tidbits, with more that could be ordered from a menu.

I don’t think I would rate the dim sum at Wanderer’s Garden quite on a par with Mandarin Kitchen, but the items we sampled were certainly good enough to be enjoyable: shrimp dumplings, a pan-fried bean curd skin stuffed with shrimp, deep-fried tofu stuffed with shrimp, and a combination of shrimp, pork, fake crab and taro root, all wrapped in a tofu skin wrapper.

My friend Pearl Bergad, executive director of the Chinese Heritage Foundation, put together a brochure for a trip she is organizing to Guangzhou, China, the home of Cantonese cuisine. Here are a few excerpts to whet your appetite:

“There is an age-old Chinese saying that throughout the entire country, the best eating takes place in Guangzhou, capital of Guangdong Province in southern China.

“Besides the sheer number of tea houses, restaurants, and street stalls that surpasses that of all other cities, it is the abundance of fresh local food sources, creative varieties of dim sum, and different subtle styles of cooking that combine to generate an on-site experience that knows no peer…

“Given the fame of Guangzhou’s cooking, many tourists come especially for its food. They look forward to tasting its meat and vegetable dishes, its delicate dim sum, and to soaking in the local food culture. They leave with fond memories of having taken part in a culinary experience that is pleasing both to the eye and the palate.

“With this unique experience in mind, we have created a six-day Lizhi Culinary Tour to Southern China for our Minnesota friends. Timed to coincide with the peak of the lizhi season, it will be led by veteran Guangzhou native Vincent Mar…”

Cost: $1,420/person, valid until first week in December 2013. It does not include round-trip airfare to China. Tour operator would be happy to assist in purchasing air

tickets, and arranging for before or after hotel stays elsewhere.