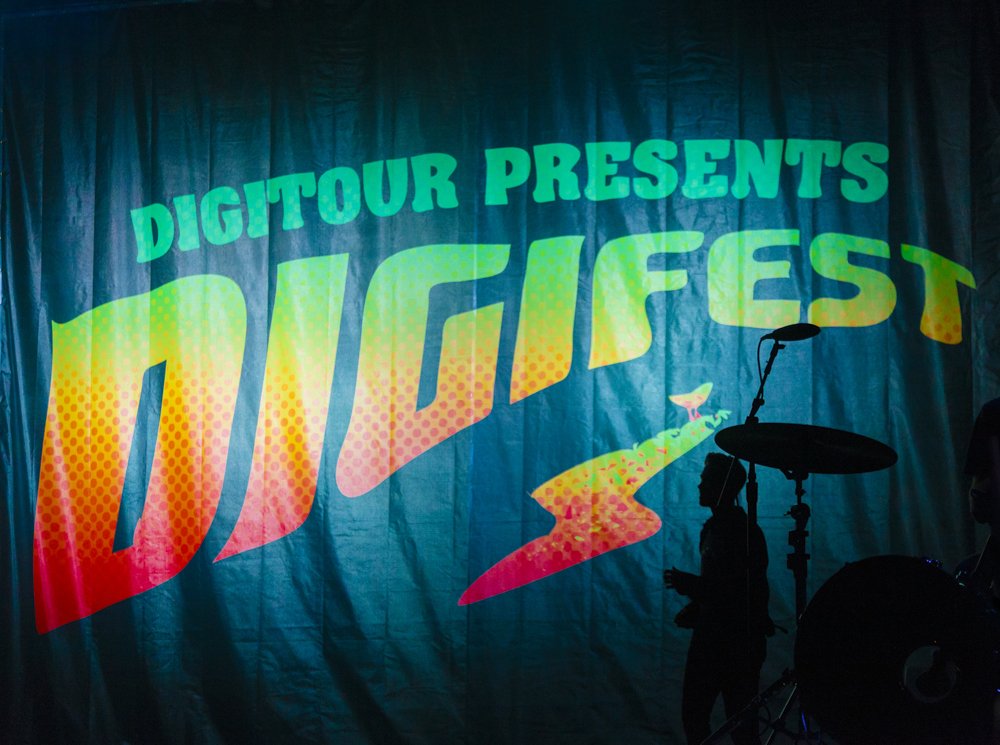 It was hard to tell if it was thunder in the sky or the cheering of thousands of teens at the DigiFest Minnesota concert at the Minnesota State Fair Grandstand Sunday. It was both. The occasional rain downpours never dampened the thundering cheering of fans devoted to beloved YouTube and Vine personalities gathered in one place.

To be sure, DigiFest is all about social media. I attempted to find a brochure, a flyer, a catalog, something that would explain what a DigiFest was. There isn’t any. It’s all word of mouth and social media connections, Amanda of the DigiFest tour told me. “Our VIP tickets [for the State Fair] sold out in five minutes,” she said.

Thousands of DigiFest fans lined up for hours to be first on the general seating Grandstand floor. Security did a fine job keeping all the hyper concertgoers from running and injuring themselves as the thousands collectively tried to rush the stage area.

Social media was incorporated into the concert with selfies and six-second Vine videos. The mostly teen and tween audience ate it up and when electronic devices ran low on battery power, lines formed in the bathrooms for outlet use. Very patient parents guarded the charging devices so their teen could go back to the Grandstand floor.

Taking YouTube and Vine stars to the next level of live stage performance had its ups and downs. It was difficult not to compare an Internet star such as first act Jonah Marais to stronger singers the Grandstand has heard, but the thousands of screaming fans didn’t seem to mind. All they knew was their social media star was out of the screen and live on stage in front of them (“There are super attractive girls in the crowd tonight,” Marais said).

There were many good moments as well. A poignant and heartfelt song by the six sisters act Cimorelli, tried to reach out to their audience about self-image and self-worth. “We get a lot of letters and emails from people about how worthless they feel. So this song is for you guys. No matter what anyone says, you are always worth it.” Cimorelli’s new song “You’re Worth It,” sang with minimal instruments, was sincere and directed at the age group that so identifies with self-image. Their vocals were strong in harmony and their performance was a highlight of DigiFest.

A communal running (after all, this is social media in its glory) from all parts of the Grandstand arena came about when word got out Vine stars Jack and Jack were taking the stage. Incorporating the Vine app with their audience and set, Jack and Jack offered singing, striping of their shirts, thrusting pelvises at each other, and dolls thrown on stage. While my highlight was the message and singing of Cimorelli, the shirtless, pelvic body rolls of Jack and Jack were a highlight of the mostly teen, female audience.