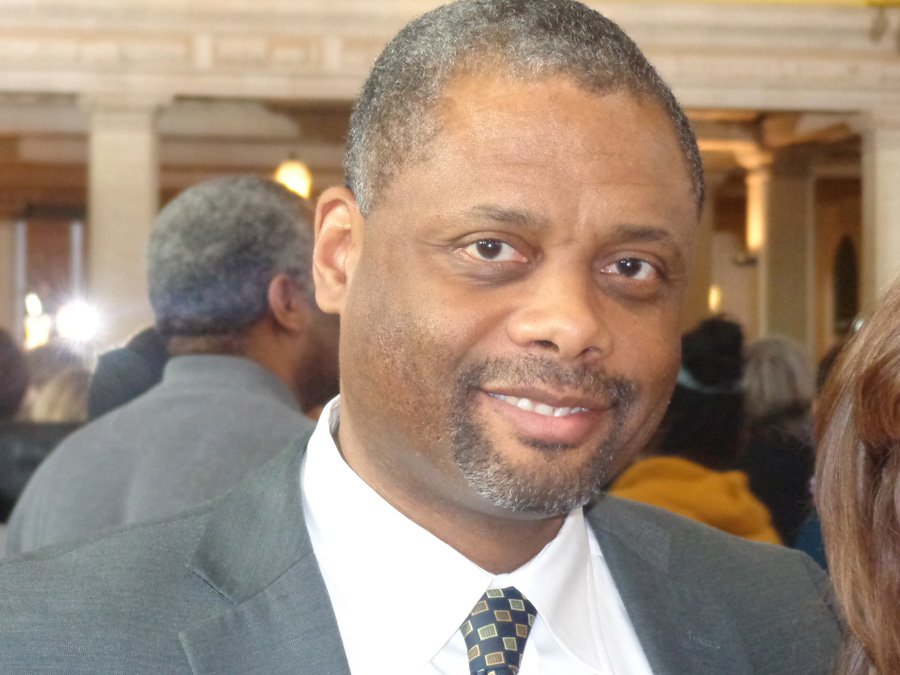 As previously reported in the Minnesota Spokesman-Recorder, the legislative audit of the Minnesota councils of color created quite a stir, containing criticisms of the councils as well as the governor’s office and the legislature for lack of oversight and guidance. The audit suggested four options for improving the operations and efficiency of the councils. One of the suggested options, placing the councils under the auspices of the State Department of Human Rights, seems to have attracted the most attention and the most support.

Council on Black Minnesotans (COBM) Executive Director Ed McDonald disagreed, saying among many other things, “I think that what that would do for the councils is move it into partisan swings. If there is a Republican governor, then the council more than likely will be supporting a Republican agenda. If it’s a Democrat, then you’re supporting a Democratic agenda. If it’s an Independent, Green Party, Communist, then you’re more likely having to align with that governor’s position on various policy issues.”

In the meantime, Minneapolis State Senators Jeff Hayden and Bobby Champion have co-authored a bill, SF 2903, which would embrace the option to place the councils under Human Rights. We talked with Hayden about the reason for sponsoring the bill, and about McDonald’s criticisms of the proposed action.

Senator Jeff Hayden on the COBM

Hayden told us, “It was essentially a response to the legislative auditor’s report that suggested that the councils of color, in a broad way, did not have the oversight that they needed, they did not have the accountability that they needed, and that there was not the participation of the legislature or the executive branch in dealing with the councils of color.”

He continued, “It cited a myriad of issues and a lot of it was not a real focused connection with the communities that they serve, not a really good focus or relationship with the legislature and executive branch, and that there was a series of activities that they would do. But those things were interconnected, and they weren’t meeting the statutory standards of what fundamentally the councils of color were formed for.

“They were formed out of issues, but they were supposed to advise and help give direction to the legislature and the governor as it relates to the particular ethnic group that they represent. My personal relationship with them — I had that feeling that they just weren’t there. They weren’t testifying at committee hearings. I didn’t feel that in the community they were making an impact, and to me and my colleagues, we felt like there wasn’t the level of work.

“I don’t want to begrudge good work that people have done, but it was outside the scope of what I thought was very helpful.”

McDonald had also criticized the legislature for not sponsoring bills proposed by the council he heads. To that criticism Hayden (right) responded, “Very bluntly, the legislation that was brought over didn’t get support, especially from legislators, because legislators and other senators didn’t see the pathway to those bills. I could go through each and every one of them.

“That gets to the point of the councils not being aligned with the community and the legislature. So if you come up with things that you think are important, but you’re not seeking the advice of the legislators that have to deal with it, [I] can tell you about it…

“For instance, they have their own bill on expungement that was very symbolic and vague. But Senator Champion was at a task force that was doing a bill that was specific and that got passed [recently].” Hayden then criticized the council for not joining the effort to pass that bill.

He gave a lengthy response to McDonald’s concern about the councils being subject to the winds of political change if placed under Human Rights: “We’re going to go out and talk to the community and see if that’s what we want to do. But that was one of the legislative auditor’s suggestions that we thought made sense.

“The point of that is that one of the reasons why the councils are as ineffective as we believe they are is because of the political winds from a governor who didn’t focus on them. So what was subject to the political winds of the legislature and the executive branch, to who’s in charge, [occurs] no matter what the process is.

“Director McDonald and all of them get their board members through the executive branch. They still control who gets in; they still will help to control the kind of tenor… If they are not attending and they’re not getting the right people, you see what happens.

“So the argument that they’re going to the Human Rights Department and they’d be subject to political winds is no different than anything around here. But what it does give you is accountability.

“The directors [of the councils] will now have someone, a professional manager, that they will report to. The boards will become advisory. They will still set the direction of the organization. But to ensure that whatever tone is set for the boards and that it gets done with a high level of accountability, that would go to the commissioner [of Human Rights], and that’s why we did it.

“What’s nice about it is that I’ve had this extensive conversation with Ed, so that I’ve been able to tell him directly.”

About Ed McDonald, Hayden remarked “What I will say about Ed is that Ed is a smart person; Ed is a talented individual. He took over an untenable situation. A lot of the things that have been attributed to the council were his predecessor’s issue.

“What I will also say is that even moving forward, those fiscal issues have been settled; I think that there is more structure in the Council on Black Minnesotans. But I will say this: The direction of the organization is still not in line with what we have in statute, and what I believe they should be doing as it relates to the relationship with the legislature and to the governor.

“That is where Ed, I think, still has not aligned. And I’ve had this conversation directly with Ed, extensively, to varying degrees of acceptance. But that’s why I do what I do.”

SF 2903 was not heard this legislative session, but Sen. Hayden indicated that it will be reintroduced in the next session.

We also contacted Commissioner Kevin Lindsey, asking his thoughts on the bill by Senators Hayden and Champion. He responded, “In speaking with Senators Hayden and Champion, it has always been clear to me that the bill was introduced in the spirit of strengthening the ability of the communities represented by the four state ethnic councils to obtain good paying jobs, secure a quality education, secure affordable housing and have quality health care and be able to create businesses…

“At the present time it is too early to say what would be the specific best next step for the state’s ethnic councils. I do anticipate that before the next legislative session that there will be sufficient time for input to be given to the legislature and the governor as to next steps. Prior to and since the [auditor’s] report, I have been discussing with various individuals and groups what can be done to ensure that real opportunities are provided for everyone.”

As to McDonald’s concerns that placing the councils under the auspices of the Department of Human Rights will make it subject to partisans swings, Lindsey said, “I appreciate Ed’s concern that he doesn’t want the councils to become perceived as so partisan in nature that they become ineffective to bring about positive change. We agree that the councils must be structured in a way to maximize their effectiveness to bring about positive change.

“The bottom line is that providing good paying jobs, securing a quality education, securing affordable housing, having quality health care, and working to create businesses should be bipartisan goals. To help accomplish those goals, the council has members from both chambers of the legislature on its board. The presence of the members from the legislature on its board minimizes the perception of being a partisan organization.

“Going forward, we may decide that issues of partisanship, real or perceived, can be addressed by having members from both chambers of the legislature participate in the policy development process. As to the specific structure question of placement within the Department of Human Rights, I think it would be premature for me to speculate because there has been no public testimony on the proposal submitted by Senators Hayden and Champion.”