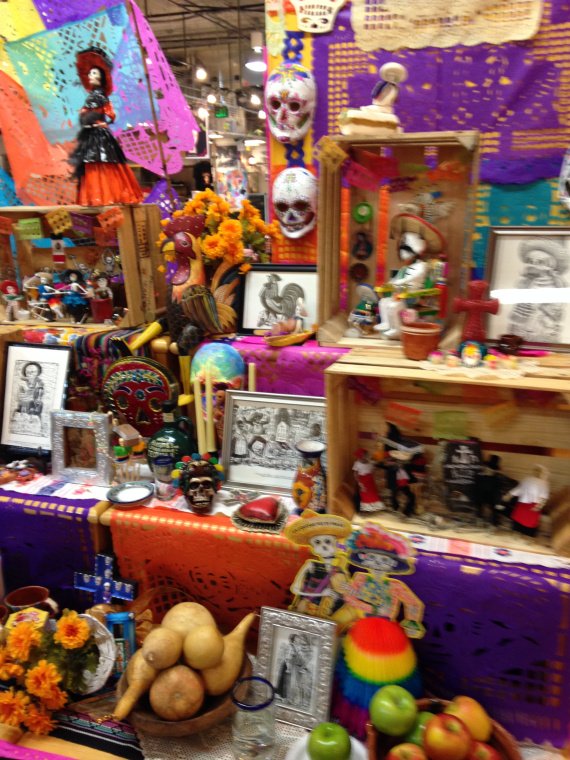 For Ana, an undocumented 37 year old immigrant from Mexico, Dia de los Muertos represents an opportunity to reconnect with the people left in her hometown before she immigrated to Minnesota in 2002. “I have a year round altar for my mother” said Ana, “My mother died of cancer 3 years ago. Because I am undocumented, I am scared to travel so I wasn’t able to go to her funeral. She never got to meet my children. On Dia de Muertos, I cook her favorite dishes, buy her flores de cempasúchitl and I go to mass. I know she is with me, in my home and taking care of my family”

Mr. Margarito Rincon was interviewed while doing cempasúchitl flower shopping at Mercado Central. “My relatives in Mexico do an ofrenda every year at the cemetery. I was doing other shopping, then I saw the cempasúchitl and decided to do a small altarcito myself. My father passed away in the year 2000, I didn’t get to say goodbye; neither to my mom who died in 2007″. Altars or ofrendas are built before November 1st with much love and care. It is believed, that each day anteceding November 2nd a specific group of people is remembered. One day for the ones who died in a violent death, another day for children together with those who lived impeccable lives and on November 2nd, all the ones who are no longer with us in general. 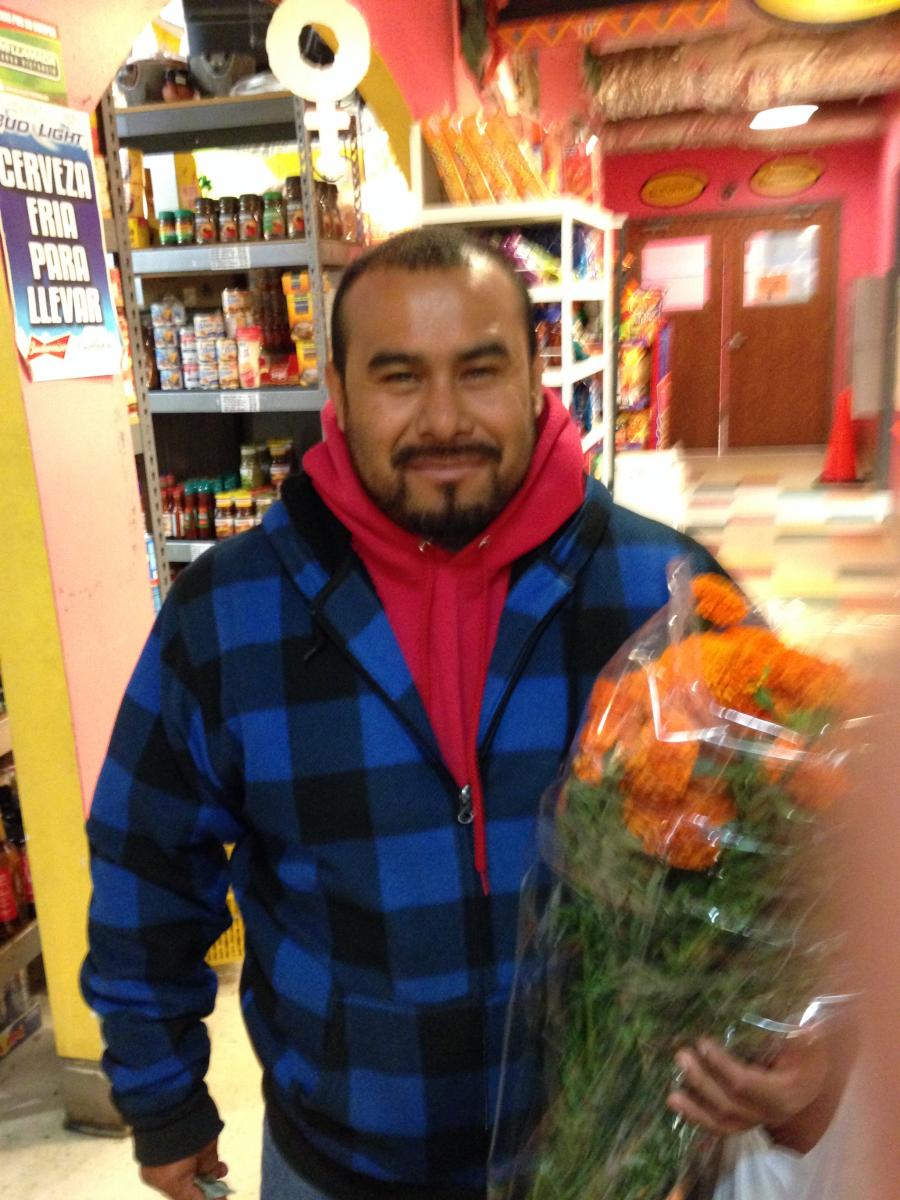 Death has different shapes for Mexicans. The importance of ritualistic ceremonies in Mesoamerican communities carry deep understanding of the cosmos and life cycles and together with the influence of Spanish Conquest, shaped Dia de Muertos into a multi-dynamically observed ritual that depicts spiritual, socio-political and even personal themes year after year. We hardly see such an inclusive celebration; after all, regardless of race, gender or status, we all die.

Businesses also experience increasing demand on seasonal merchandise. Sugar skulls, miniature art, and marigolds bring extra profit to local vendors in the Latino community. A Mercado Central flower vendor explained “last year we ordered 150 bunches of cempasúchitl, this year, I ordered 200. People from outside the Twin Cities know they can find cempasúchitl here, because they don’t carry them in their towns”.

Schools, business, and community organizations have used this ritual as a way to build community. Hot chocolate, and pan de muerto is served over paper flowers, catrinas or nichos workshops. Aztec dancers showcase elegant skull makeup. Moles, pipianes, tamales and atoles are served while community members explain the different programming and opportunities in the diverse organizations serving Latinos in MN.

Hennepin Technical College will host a Dia de los Muertos event in their Brooklyn Center Campus’ student commons on Monday November 4 at 12pm. Juan Rangel, the Latino Club advisor stated “Our students believe it is important to honor our antepasados and we will use this event to share what Dia de los Muertos means to each of us. We hope this event will enable Latino students to feel more integrated on campus and it will be an opportunity for non-Latinos to become more aware of their classmates”. Eduardo Gutierrez from Metro State University in Saint Paul said “University students, staff, faculty and administrators are invited to participate by sharing a photo(s) or memorabilia of a family member(s) or friend(s) they would like to have honored and remembered as part of a university community ofrenda“.

In a more political statement, La Raza Cultural Center, in the University of Minnesota, seeks to “collectively celebrate the strengths of the Chicanx and Latinx community on and off-campus, while acknowledging the multiple struggles we face. Specifically, we would like to honor the loss of our mural. We will be presenting our altar “In Memory of our Mural” as it was created with the help of students, community members, and others. We hope to celebrate the creation of the mural as a representation of our culture and our history. ” Idalia Robles de Leon, student and community outreach of la Raza, explains that the organization hopes the event will start conversations after the university’s administration decided on renovating the second floor of the Coffman Memorial Union, which included demolition of unique murals that were part of the cultural diverse groups centers for years. 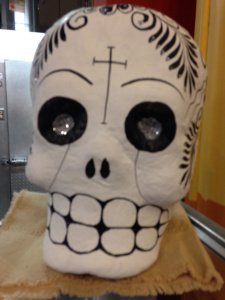 “We are almost ready. Our students and their families have been working in their exhibit at the Minneapolis Institute of Arts; we are also preparing our local celebration” said Norma Garces, Excecutive Director of El Colegio High School in Minneapolis. “We are partners with the Mexican Consulate, Global Market, Mercado Central, Kalpulli Ketzalcoatlicue and UCare. We will host the biggest celebration for Dia de Muertos in the Twin Cities. We have an ofrenda gallery, masks, Aztec dancers, food, mariachi band, son jarocho, and much more. El Colegio cordially invites you to participate in this year’s Dia de los Muertos celebration. Our theme this year is “100 años of Jose Guadalupe Posada,” in honor of the Mexican artist who pioneered the calavera” Yolanda Pineda, Program Coordinator for Juventud Conectada (El Colegio’s after school program) also invites everyone to participate in their contest this year ” Category best face, category best face and accessories, and category outfit. Remember it has to fit with the Posada theme. Winners will be announced during the end of the program and prizes will be distributed”. Global Market and Mercado central have also ongoing ofrenda exhibitions until November 2nd.

As the growing population of Mexican Americans sets roots in Minnesota, traditions and rituals become part of Midwestern mainstream culture, and erroneously, this holiday is simplified as a “folk tradition”. Day of the Dead remains a remarkable representation of the complex relationships between indigenous rituals and colonialism which continuously manifest in border crossing consciousness.

The joys, the flavors, the songs, the catrinas, and dances become a celebration of relationships, culture and communities, which make Dia de los Muertos an evident celebration of life as well. 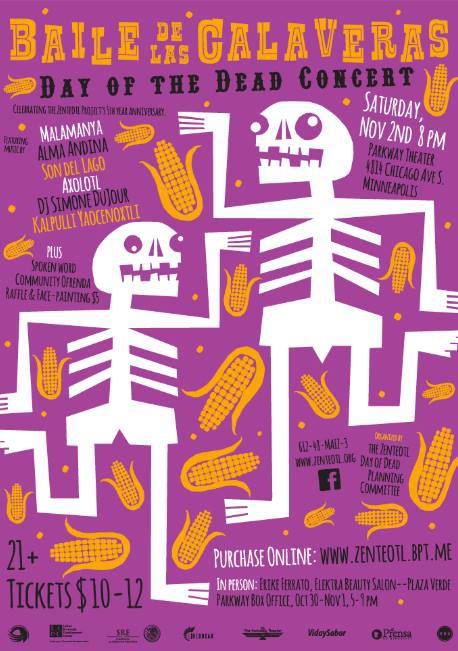 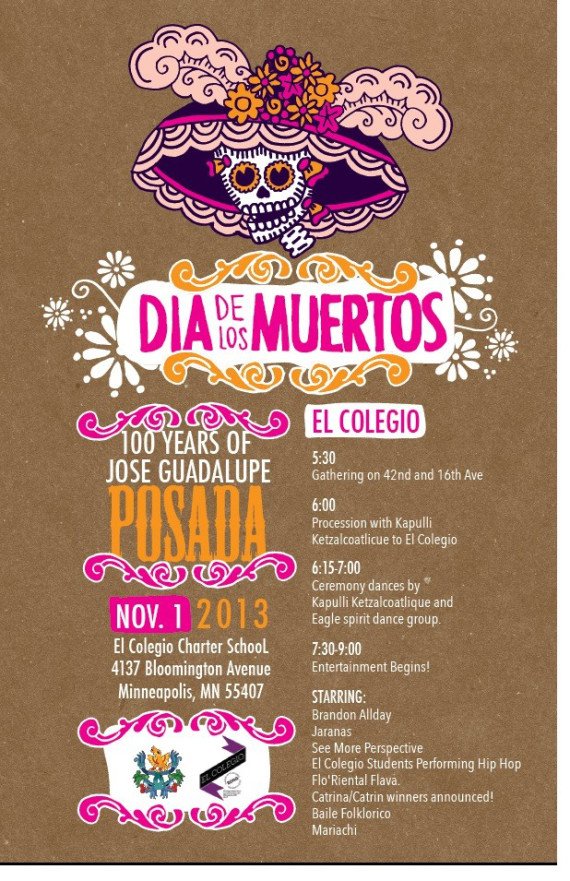 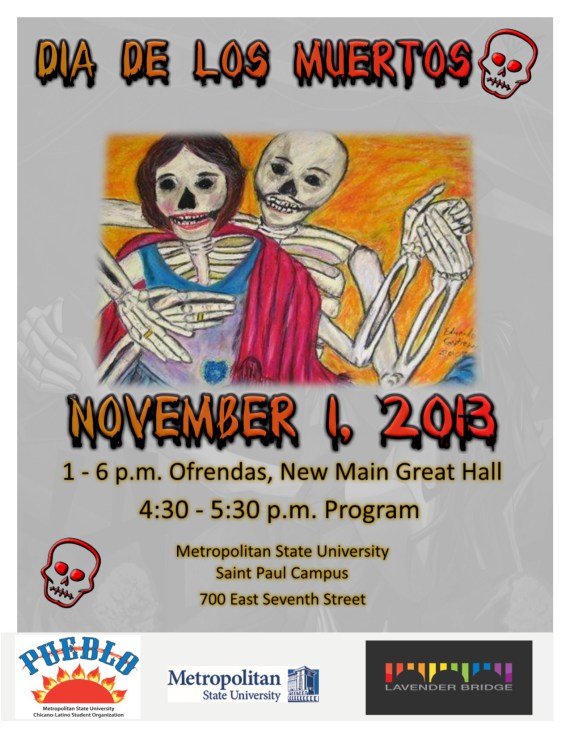 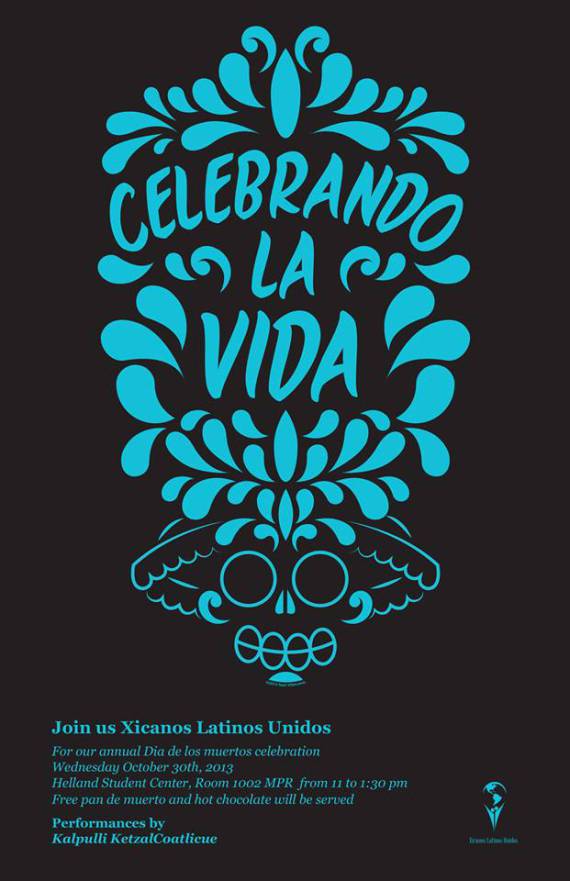 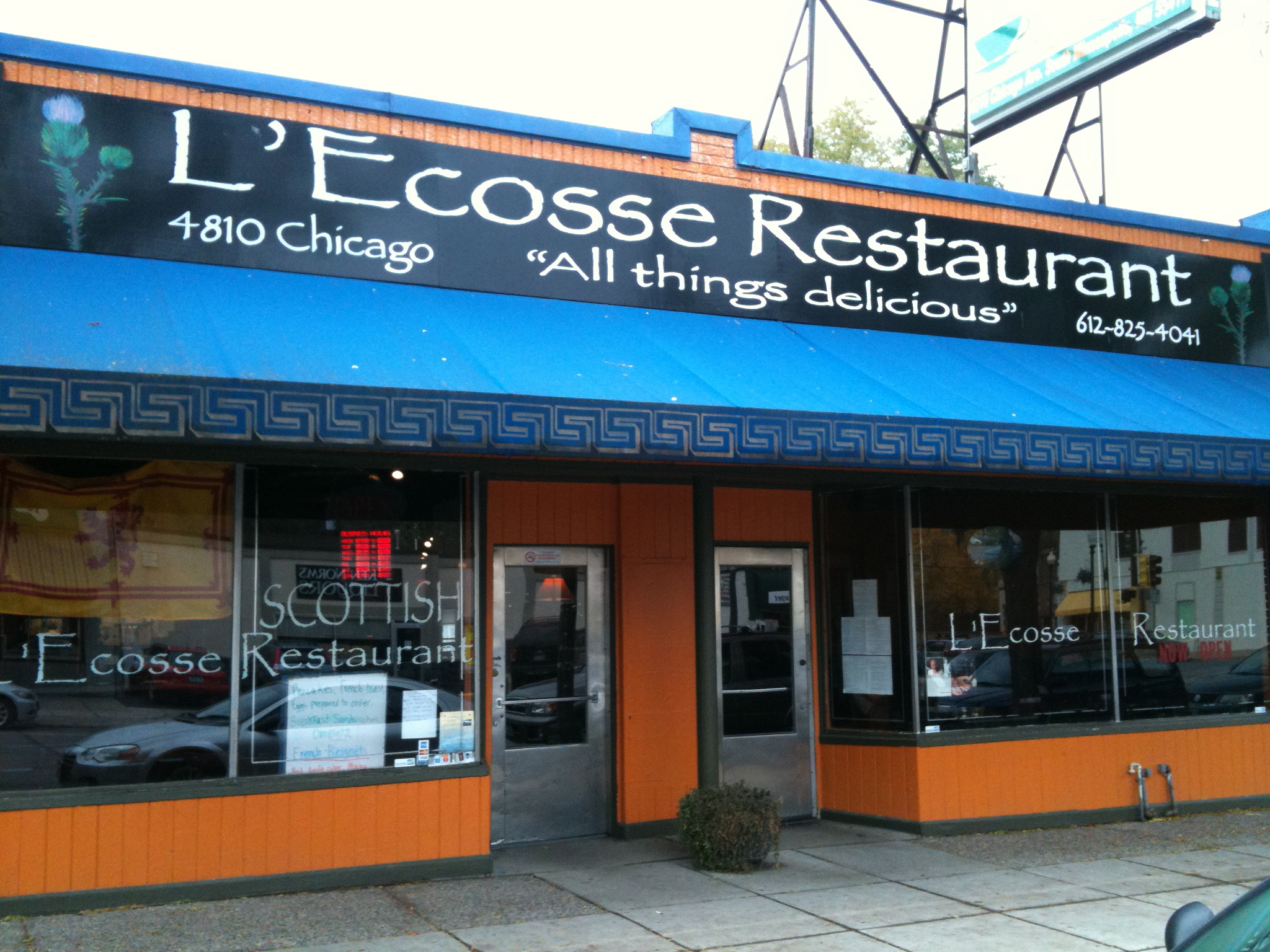