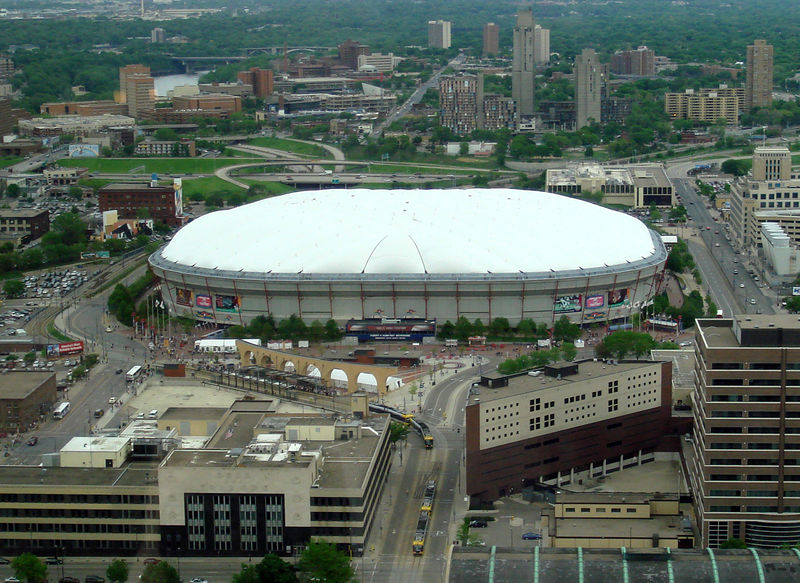 A new poll released Thursday by Public Policy Polling suggests that Vikings owner Ziggy Wilf would have a tough time getting public money for a new stadium. A majority of Minnesotans oppose a taxpayer-funded stadium for the team. Opponents of such funding come from across the political spectrum with a majority of DFLers, moderates and Republicans saying they disapprove of such a plan. When asked whether they’d support a stadium paid for with public gambling revenues, however, a plurality said that would be acceptable.

During a particularly rough season for the team and with the lease on the Metrodome expiring, rumors continue to swirl that Vikings owner Wilf will move the team to Los Angeles if he doesn’t get a sweet government deal for a new facility.

In the PPP survey, only 28 percent said they supported that happening with public funds; 61 percent say they oppose taxpayer money going to a Vikings stadium. Sixty-one percent of Democrats, 62 percent of Republicans and 59 percent of independents opposed public financing.

The survey also asked, “If the choice was between the Vikings moving to California or Minnesota taxpayers building a new stadium for them, which would you prefer?”

Just under half – 49 percent – said they’d rather the Vikings leave than pay for a stadium with public money. Only 35 percent said the government should provide funds to keep the team in Minnesota.

But nearly two-theirds of voters – 63 percent – approve of using expanded gambling to pay for a new stadium, while 24 percent oppose the idea. Again, a similar number of Democratic, Republican and independent voters agreed.

Here’s the full survey with crosstabs.