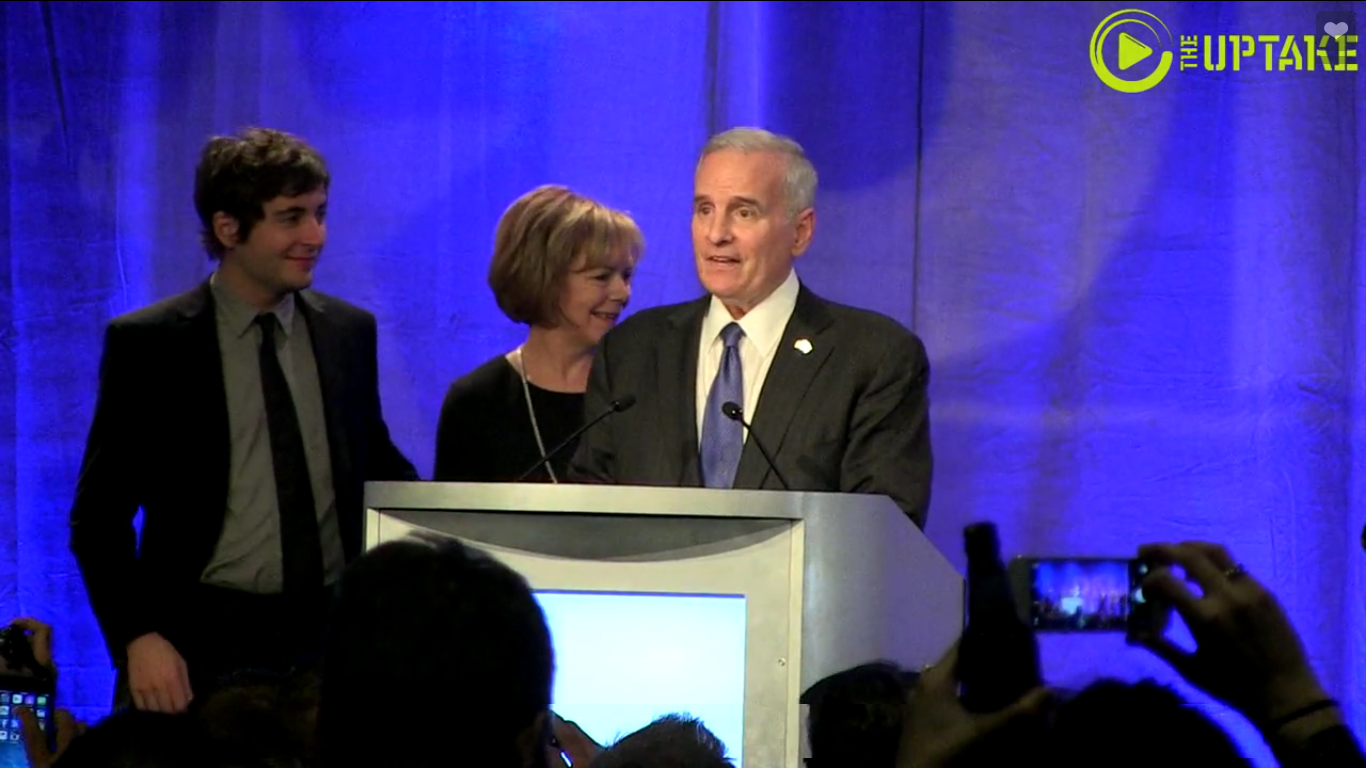 Republicans took control of Minnesota’s House winning key races in suburban and rural areas. It’s the third election in a row the control of the House has flipped from one party to another.

As prepared for delivery

I am so honored, and so humbled, and so grateful to the people of Minnesota.

Thank you for taking a chance on me six years ago. And thank you for giving me the chance to keep working hard for you in Washington.

Every day, the people of this state impress me. . . inspire me. . . and motivate me to work even harder.

So I want to thank our business owners and community and technical colleges who are working together to close the skills gap and put workers in good-paying, middle-class jobs.

I want to thank our farmers who are using new technologies to turn bio-mass into fuel.

I want to thank our students who are working 20, 30, even 40-hour weeks while going to school full-time because they want to take a chance on themselves and contribute something to their community.

I want to thank every single hard-working Minnesotan I’ve met along the way – everyone who works hard and plays by the rules and just wants a fair chance to build a better life for their families.

I couldn’t be more proud to be your Senator. I brag on you all the time.

And I promise to do everything I can to reward your trust – or, if you didn’t vote for me, to earn it – over the next six years.

We’ve got a lot to do. And I’m excited to get back to work. Tomorrow morning.

Tonight, though, I just want to say thanks.

And, as always, the first person I want to thank is Franni.

I can’t tell you how great it’s been over the years to watch Minnesotans get to know and love Franni the way I do.

Like most people who run for office, I wouldn’t have done it if Franni hadn’t been willing to be my partner in navigating all the trials and tribulations of a campaign.

And I’m quite certain I wouldn’t have won if she hadn’t turned out to be so good at it.

Franni, I love you, and I’m so proud of you.

The same goes for you, Thomasin, and you, Joe.

And I’m proud of all of them. Even if they worked slightly less hard than Franni. Especially my grandson, who did nothing except be cute.

And I want to thank Governor Mark Dayton and our incredible state legislature and our congressional delegation. I’m proud to be part of your team, and I can’t wait to see what we can achieve together in the months and years ahead.

This has been a long, tough campaign. But I think every campaign, at least these days, is long and tough – for candidates, for their families, for their supporters.

In some ways, that’s a bad thing. I think people have probably had enough TV ads and fundraising emails for a while.

But in some ways, it’s a good thing. Because it gives all of us who do this something in common.

Whether you’re a Democrat or a Republican, everyone who steps up to run for office – or gives their time and energy to help them – experiences a lot of the same ups and downs.

And it’s a reminder that, although we might not always agree, we’re all in this together – all working as hard as we can to fight for the things we believe in.

And that’s why I hope you’ll join me in giving Mike McFadden, and his family, and his supporters a big round of applause.

I also want to thank DFL Chair Ken Martin and the tireless, perpetually-underthanked DFL staff. This is the best state party in the whole country, and you have a lot to be proud of tonight.

Last, but by no means least, I want to thank my team.

Now, look. I’ve watched a lot of election night coverage in my life.

And you always turn on the TV and they say, “Senator So-and-So is now speaking,” and you see him or her thanking all these people you’ve never heard of, and it’s just boring.

That’s what I used to think. But I’ve learned better.

So bear with me for a second, because I’m going to thank a lot of people.

Now, first of all, my staff isn’t really my staff. They’re my team. They’re my friends. They are dedicated public servants, public policy professionals, and volunteers.

I want to thank my campaign manager, Matt Burgess.

I want to thank my chief of staff, Casey Aden-Wansbury.

I want to thank my deputy chief of staff and senior advisor, Alana Petersen.

I want to thank the people who made our ads and did our polling and raised our money and created our mail pieces and grew our field program and built our website and sent you all those obnoxious fundraising emails.

The folks who made sure that our phones got answered, that our Internet stayed on, and that our volunteers had fun…

And, of course, every single supporter who made a phone call or knocked on a door or marched in a parade.

And I want to thank everyone who has been part of my Senate staff over the last six years – helping constituents, working on legislation, putting together hearings, making sure Minnesotans know about the work I’m doing, and generally making me look good while getting not nearly enough credit.

I wanted to thank all these people individually, by name. But that could take all night.

Besides, I would probably still end up forgetting someone. And they’d feel even worse about it, considering how many other people I’d thanked.

So let me just say the one thing I think you need to hear more than anything else: It mattered.

Every time I walked into our headquarters, or a field office, or a rally, and saw so many people working so hard to help me win, it reminded me how important this is to so many people, and it made me do a better job.

The work we do together matters to Minnesota, and I can’t wait to get back to it.

I’m going back to the Senate to stand up for women’s health care.

I’m going back to the Senate to make sure that American workers continue to have the right to organize.

I’m going back to the Senate to keep leading the charge for net neutrality.

I’m going back to the Senate to make sure we confront this Sputnik moment, and aggressively take on climate change, and create millions of 21st-century jobs in clean energy and energy efficiency, and make sure those jobs are here in America – in Minnesota.

I’m going back to the Senate to support workforce development partnerships, and new infrastructure, and veterans’ health care, and so many other issues.

I’m going back to the Senate to work hard for the people of Minnesota.

But for tonight, all I want to say – to you, and to every Minnesotan – is thank you.