You’ve probably heard of transit-oriented development, the well known idea that jobs, retail and housing should locate along new transit lines whose improved mobility and access bring more people into the corridors. We see that in spades where the Central Corridor Green Line light rail will link the Minneapolis and St. Paul downtowns next year. It’s already drawn hundreds of millions of dollars’ worth of development plans along once-rundown University Avenue. 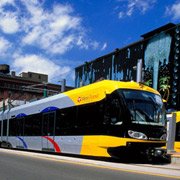 In a legal and fiscal sense, however, all that investment is merely a byproduct of efficient new transportation infrastructure, not its raison d’etre.

What happens, then, when a city starts planning a different transportation improvement, arguably with an eye more toward development itself than toward boosting mobility or access? That’s the question asked by Metropolitan Council Chairwoman Susan Haigh in a recent letter to Minneapolis Mayor R.T. Rybak, who is pushing a streetcar vision down the spine of the city along Nicollet and Central Avenues.

“A project pursued primarily for development outcomes should be funded locally and should not compete with other priorities for federal and state transportation funds,” she wrote. She didn’t coin the term for that, but I will: “development-oriented transit.”

This is a chicken-egg conundrum, and it’s a good question why which comes first — transit or development, both public goods — matters at all. The answer lies in scarce state and federal funding for transit that the $200 million Minneapolis streetcar initiative might try to tap. The Met Council already has plans for such funds with more than a dozen light-rail and bus rapid transit projects on the drawing board. Its Transportation Policy Plan, a key requirement for federal funds, maps out no streetcar routes.

If the streetcar line is built, however, Haigh called it “critical that it be integrated into the existing transit system, regardless of how it is funded or which agency leads the implementation.” Haigh also copied the letter to Chris Coleman, mayor of St. Paul, which is launching its own early streetcar feasibility study.

At the risk of picking sides among friends, I’d suggest that the streetcar proponents either make a compelling case for the travel advantages of adding trolleys to the Twin Cities transit system, or else find different ways to pay for them: the value-capture property tax plan already approved by the Minneapolis City Council and/or state and federal funds earmarked for economic development, not transportation.