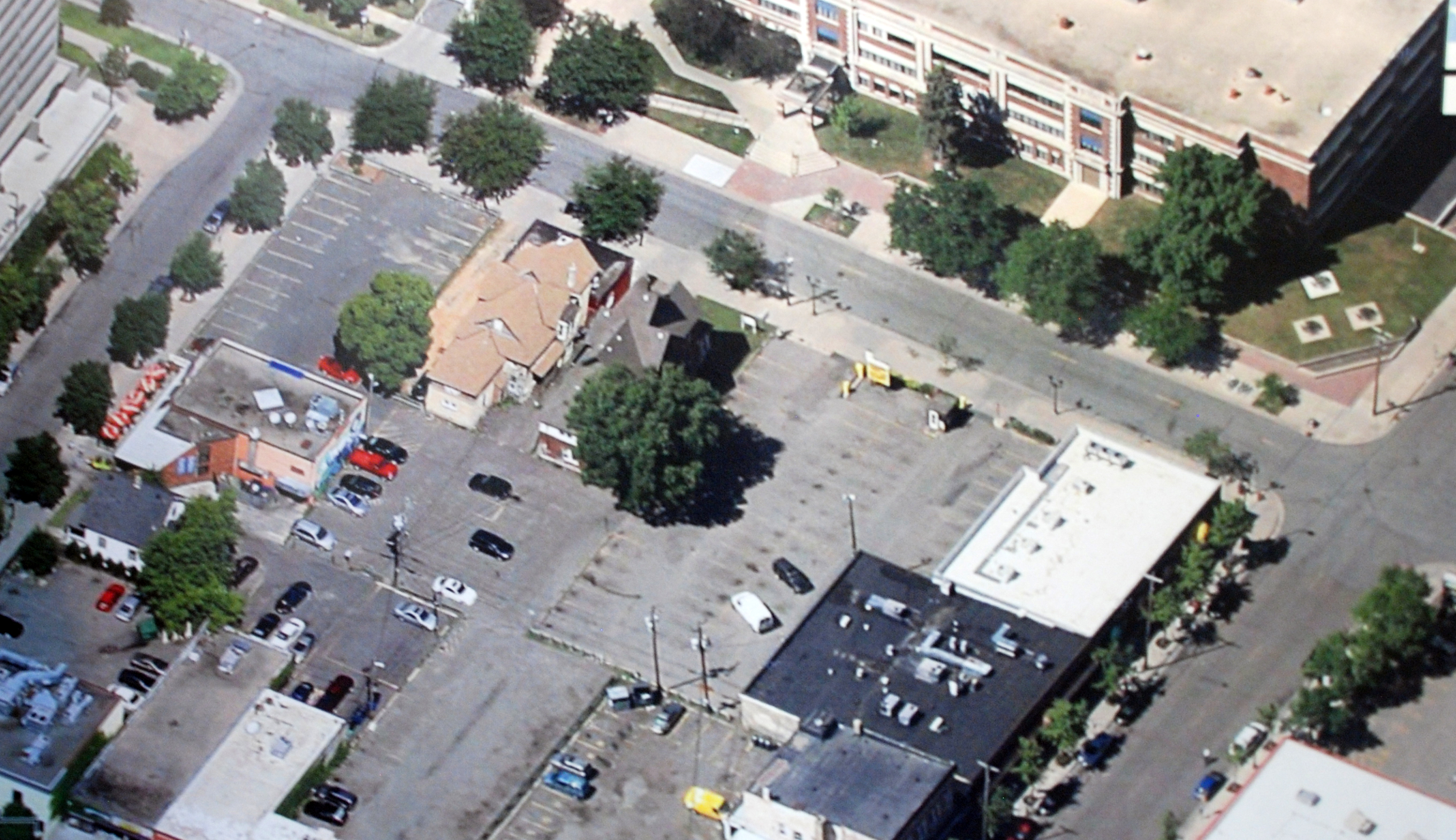 Fifth in a ten-part series. Previously, part 4: The Book House fights for its life.

The current building at the Dinkytown site proposed for development by Opus is only one story because the site is zoned C-1 for commercial use to keep the business area low density. To build for more height and density, Opus would need the city to rezone the site C-3A, the same as the Sydney Hall site on the opposite corner across from Dinkytown. Opus may also need a variance from parking requirements.

Other zoning categories and variances allowed the construction of higher multiuse developments on the UTEC site and the building that houses the Purple Onion coffee shop and café at 1301 University Avenue—both at Dinkytown.

“There is an ability to obtain up-zoning if it’s consistent with policy and the city plan,” Maze said.

Rezoning and variances were required for nearly a dozen developments already under construction or on the drawing board in the Marcy-Holmes Neighborhood within blocks of Dinkytown and the riverfront.

These requirements provide an opportunity for groups, like the Dinkytown Business Association and the Marcy-Holmes Neighborhood Association, to influence the City Council on the developments.

MHNA President Doug Carlson said the Opus development is the first one that gets into the commercial blocks that define the character of Dinkytown.

“It could be worse,” Carlson said. “It could be an out-of-town developer. Opus is a quality firm with a local architect on the project.”

MHNA’s land-use committee and the DBA will meet the developers to try “to preserve the character of Dinkytown,” Carlson said. Taxes, rent and property values, especially with new developments, will continue to rise, even without the Opus development, he said. They had a meeting in January and a smaller group will continue to meet with the developer.

“Everyone was speaking their minds about the issue but I would say nothing of substance came out of the meeting,” Carlson said, adding that Opus was asking for a building with 500 apartments and 1,200 beds.

“We’re concerned about preserving the character of Dinkytown,” he said, adding that some have suggested a moratorium on development until planning issues are resolved or the city develops a Dinkytown small area plan.

The Opus development would require some variances, if not zoning changes. “We’re waiting to hear what DBA wants to do. I think a moratorium would be hard to get passed by the City Council, though,” Carlson said.

Carlson said he has appointed three MHNA board members to represent the neighborhood in such meetings and that people interested in joining should contact the Marcy-Holmes office at 612-623-7633.

Next, part 6: Keeping the town dinky.