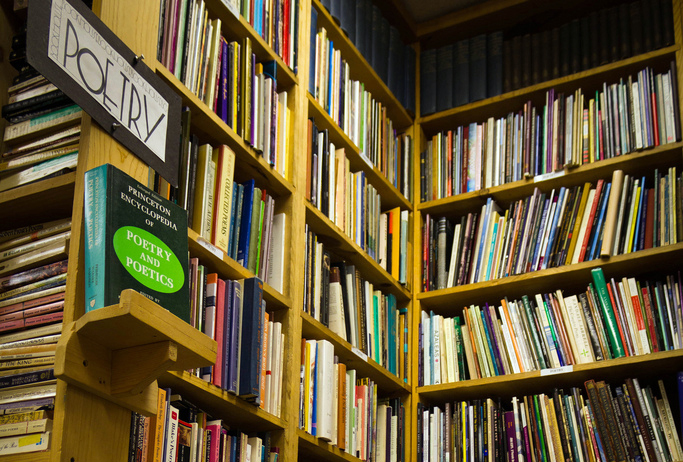 Fourth in a ten-part series. Previously, part 3: The House of Hanson and the price of convenience.

She said her used bookstore recycles ideas as well as books. “So this is a pretty big shock to my hopes and dreams and to me and to my staff, who are very committed booksellers,” Eide-Tollefson said.

She said she has discussed relocation with the developers. “It’s not easy to relocate a store as large as mine. It’s the Book House in Dinkytown, and there’s a limited number of comparable spaces.”

She founded the business with her former husband; they both had been booksellers specializing in academic books for libraries. For a time, their partners were also Lynn and Rob Wozniak, who lived in the neighborhood. Their son John Wozniak attended nearby Marcy elementary school and founded a rock group called the Marcy Playground.

For a time, Eide-Tollefson’s stepson Jim Cummings Jr. ran a second used bookstore in the same block as the Book House.

“A recent editorial called the Book House a historical relic,” Eide-Tollefson said, “but we’ve made extreme efforts to survive in the book business. We’ve made good business decisions. We’re the last surviving bookstore in the area as a result.”

She said she started a mail-order business in 1994 and an online business in 2008 and her staff cleaned up the store, organizing clearer display space to make it more inviting and easier to find things.

Three managers and a staff of six to nine dedicated booksellers have been working 10 to 12 hours a day, she said. They want to keep the business going.

About 50 percent of her business is now online through her own website, and those of book distributors Amazon.com, ABE Books, and Alibris.

“We will definitely try to stay in Dinkytown,” Eide-Tollefson said. “I don’t know what the chances are, but that’s what we would like to do.”

“Opus could change the whole economics of Dinkytown for both us and the students,” Eide-Tollefson said. “Our books are priced reasonably and food in Dinkytown is reasonable. It will change the ecology of Dinkytown.”

Next, part 5: A friendly zone.