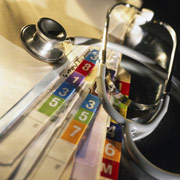 Barring some unforeseen mishap, it doesn’t appear Minnesota will be stuck with a federally imposed health insurance exchange. Two signals indicate the state should be operational for an October 2013 open enrollment period.

First, the state submitted its blueprint for a Minnesota-made health exchange, ahead of a delayed federal deadline. Second, the election cleared what would have been serious legislative obstruction.

I recently sat down with the head of Minnesota Department of Management and Budget (MMB), Commissioner Jim Showalter. Under the Health Exchange Task Force, work groups of providers, business, and consumer groups have been analyzing the various components of implementing the exchange. Now, various work groups are coming back together and will begin to finalize some of the bigger questions regarding the exchange.

The biggest question has to do with how the exchange will be governed. There are unresolved questions about the proper balance between private and public operations.

The exchange blueprint indicates Governor Dayton is interested in pursuing some form of public-private partnership. It would likely consist of a board of governors with individuals from both the private and public sector. The attractiveness of a partnership is that it draws on the experience of private and public in managing the exchange.

According to Showalter, federal guidelines require the state to, by March; begin implementing the exchange, which means that the legislature will need to start working on it almost immediately—to avoid getting stuck with a federal plan.

Minnesota has a legacy of being on the cutting edge of health care innovations that a federal exchange would not be able to build on. Showalter believes that cooperative community of quality health care providers, insurers, and consumer groups has played a huge role in this legacy, and a federal exchange wound likely not be able to tap this source of knowledge. Showalter argues that this relationship is something a state exchange is uniquely suited to tap. The governor’s commitment to a public-private partnership is likely to build on this

According Showalter, one of the main goals of their effort is simplicity. He says that if they can design an exchange that streamlines the complex system of public and private insurance they “will have made a huge contribution to [improving] health care.”

A MMB press release estimates that 1 million Minnesotans will benefit from the exchange. But the transition to a new market has left many Minnesotans uneasy and that is a reasonable feeing to have. These fears are misplaced, Showalter says. Under the exchange there is “no wrong door to health insurance.” Many people will be able to buy insurance online via the exchange website, from individual brokers, and thru government agencies. What the exchange does is allow consumers to compare and contrast various plans and make a determination about what is best for them by reducing the complexity of the process.

But it is too early to say how the exchange will turn out. For all intents and purposes it is still very much on the drawing board. Showalter urges people to be patient, saying: “it’s going to be a work in progress”