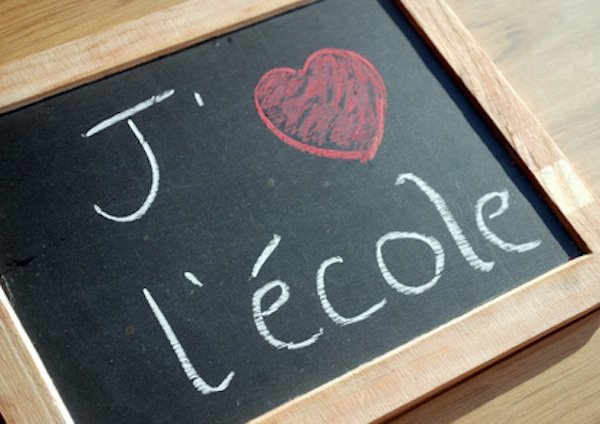 Once the proposal for Pierre Bottineau French Immersion School was approved, a new founding board for the school was formed. This board was made up of parents, community members, and, eventually, Pierre Bottineau teachers. In 2011, this council hired one of its own—Tina Maynor—to become the school’s first director, or “teacher-leader.” According to board member Chrissy Brogdon, who is also a Pierre Bottineau parent and a French teacher at Anwatin Middle School in Minneapolis, Maynor stood out immediately as a strong candidate for the leadership position.

With the school’s location now set within what Brogdon calls the “heart of North Minneapolis,” where Brogdon lives, Maynor’s years of experience as a French teacher at Henry High School in North Minneapolis were very important. Maynor also lived in North Minneapolis and had an established record of commitment to inner-city students, as well as a reputation for being a collaborative leader at Henry. These factors made Maynor a natural choice to be the school’s leader, Brogdon said, because she was “aware of what she was stepping in to,” in terms of working with students from a high poverty population.

Maynor was a National Board Certified, licensed French teacher, but only at the secondary school level. She had no experience working with elementary school students, and no administrative experience. Despite this, Brogdon says that the board felt that Maynor, because she was a teacher and not an administrator, would be better equipped to understand teachers’ needs.

Problems emerged quickly, as Pierre Bottineau had to start on a shoestring budget, based solely on per-pupil funding from the state. To keep costs down, Maynor was hired to be both the director of the school and one of its lead teachers, but only on a teacher’s salary. There was no additional money to pay her for her administrative duties.

These duties, however, consumed all of Maynor’s time, according to both Jolstad and Brogdon. Maynor became the school’s full-time curriculum specialist, full-time director, and, because the school had no behavior specialist, she handled all of the behavior issues and suspensions for the school. The school also started with no secretarial help.

Having a teacher as a leader was a key selling point of self-governed schools like Pierre Bottineau, but Brogdon said that it was tough for Maynor to build trust among her staff when they knew she had the power to fire them. To Brogdon and Jolstad’s knowledge, Maynor had no mentor or advisor to guide her as she navigated the dual roles of both teacher and administrator, and staff turnover has been a problem at the school.

Just recently, Brogdon and Jolstad say, Maynor announced to the school that she will be stepping down at the end of this school year, and will no longer be part of Pierre Bottineau. Brogdon said Maynor’s letter to Pierre Bottineau families indicated she would be stepping down for family reasons. Maynor confirmed that she has decided to leave the school, but declined to comment any further, or to be interviewed for this series.

According to Brennan, Pierre Bottineau was staffed with young, “naïve” teachers who had no experience in classrooms. Over time, Brennan said, these teachers might be good, but they were very much in need of guidance. Maynor, according to Brogdon and Jolstad, did not have enough time to observe classes and help mentor teachers because she was too busy trying to handle all of her other duties.

Without a strong instructional leader, Brennan describes Pierre Bottineau as having a chaotic environment. She says that both the “kids and teachers were begging for structure,” but that the school’s inexperienced staff did not know how to provide it. Brennan was concerned that, because of discipline issues and the school’s lack of structure, “there was no teaching taking place.” Brennan also witnessed teachers walking out of the building over frustration with student behavior, and another substitute teacher who got upset and left, leaving a classroom of twenty-four students alone.

By the end of 2012-13, the school’s first year in operation, Brennan said the school had four classrooms but just one licensed teacher. The other classrooms were staffed by substitute teachers, and one room was being run by an educational assistant, who, Brennan notes, was “excellent with the children,” but had no background in education. This situation was made legal because a long-term substitute teacher was brought in to help out in the classroom. Brogdon and Jolstad both confirmed Brennan’s view of the situation.

Brennan said she worked to bring some structure to the school. Although she was a part-time speech clinician, she said she went to every classroom and set up some basic rules for each one. She also described putting cut-out footprints along the floors, to help show the children where to walk. These simple gestures, she feels, did make a difference. She also noted that the school now has a good behavioral specialist who has made some important connections with Pierre Bottineau families.

At the start of the 2013-2014 school year, however, seventeen of the school’s 116 students left the school. Brogdon said the school’s behavior problems caused the exodus. Some parents, she thought, had been attracted to the school’s French immersion model but were unprepared for the discipline issues going on at the school. When these parents took their children out, the school suffered financially. In its per-pupil funding model, the money follows the student, Brogdon said, and so those children “left behind” at the school “suffered.”