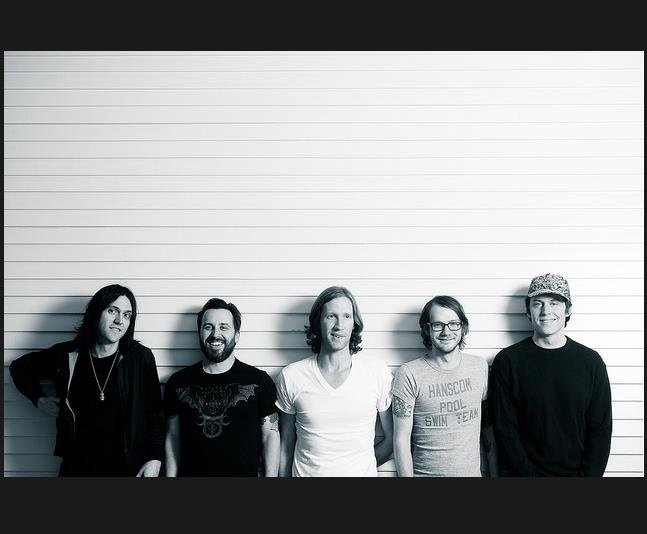 Desaparecidos‘ frontman Conor Oberst is known first and foremost as the creative force behind indie giant Bright Eyes, a band he started in 1995, back when indie music just meant you were on an independent record label. Along the way, he has released two “solo” records with The Mystic Valley Band, and became one-fourth of Monsters of Folk—a band that also features indie darlings M. Ward and Jim James of My Morning Jacket. While his stardom in those projects has attracted both casual and obsessive followers, Wednesday night at First Avenue was the cult of Oberst, packed with an audience that knew front-to-back his quietly released punk rock record from 2002, Desaparecidos: Read Music/Speak Spanish.

A crowd that had seemingly been in hiding since that album’s release emerged to transform the First Ave Main Room into what felt like someone’s parents’ garage. The music was loud, and the bands weren’t necessarily professional sounding, but it was just what the night’s theme called for. Minneapolis duo Birthday Suits opened the show with a fast-paced, high-energy set, with as much general disregard for vocals as they had for their instruments. Surprisingly, their lack of melody and aversion to tempo changes were not a deterrent in the way they would be for most bands as anyone who has seen their live show can attest to. The “show” was the best part. After their 45 minutes, they had won over the crowd with their antics and set the stage for the night’s headliner.

Oberst and his bandmates took the stage shortly after to a near-capacity crowd. They began their set with two new songs, “The Left is Right,” an anthem for the Occupy Movement and “The Underground Man,” an equally charged song about activism’s role in a world where we get our stories from mass media outlets with obvious interests in our not hearing the undiluted truth or alternative narrations of it.

Oberst’s between-song banter was limited and generally political, but he certainly won the crowd over with a few local references. He and his bandmates had apparently visited the fair, which he naturally described as “hot.” He also revealed that the band had been in Minnesota for the last ten days writing songs and hanging out with the locals in Battle Lake. He even called it his second home, and recommended a few restaurants there; he almost sounded like a local.

The band’s set featured the majority of their 2002 release, sprinkling in new songs along the way. The first of these old songs, “The Happiest Place on Earth,” was met with a scream-along that rivaled the vocals on stage. Oberst’s lyrics have always been his most prodigious talent, and his immense talent with words is one that can be matched by few singer-songwriters, current and past. While his writing in Desaparecidos generally pales in comparison to his work with Bright Eyes, the crowd didn’t care and latched on to every word he sang Wednesday night with the vigor required of an obssesed, punk rock crowd.

The simplicty with which punk music is played and written is easily scoffed at, but the intelligence behind Oberst’s contribution to the genre makes it notable, and the political zeitgeist gave his band’s performance an even harder punch, producing an energy in the crowd not unlike those seen at the Occupy Movement sites. Oberst clearly isn’t comfortable or happy with the way things are here at home, and so he told us his own story. The world is unstable, the NSA is breathing down our necks, and World War III is looming. While these aren’t easy obstacles to face, he wasn’t going to let his audience forget either. and he invited you to shout about it with him.