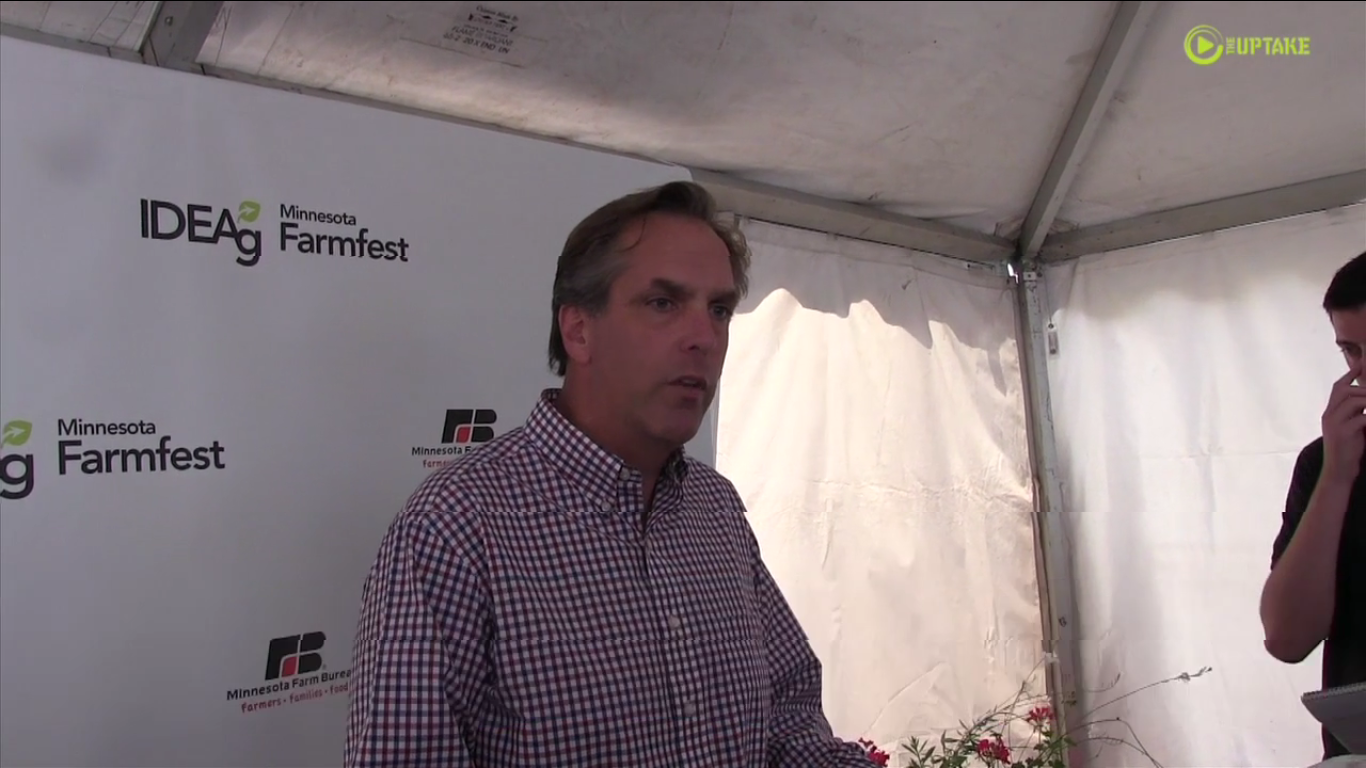 Minnesota Democrats are trying to turn a comment about steel from Republican candidate for U.S. Senate Mike McFadden into a major campaign issue to unite Iron Range residents against him — something that could help the DFL in other races as well.

At Farmfest 2014, McFadden repeated his unequivocal support for the Keystone XL Pipeline – including using steel from China if it cost less and wasn’t subsidized by the Chinese government.

“I guess his campaign manager and others forgot to tell him that Minnesota iron ore on the Iron Range is used to make steel here in this country,” Democratic Farmer Labor Party Chair Ken Martin told reporters in St. Paul on Wednesday.

On Friday, that message was echoed in Duluth at a DFL news conference on the foreign steel issue. Current and former DFL legislators teamed up with steelworkers to fan the flames on McFadden’s comment.

“If investment banker Mike McFadden thinks he can come up here and sell snake oil to Iron Range voters about how he supports mining and then turn around and say he’d rather use cheap Chinese steel, well, he’s got another thing coming,” said state Rep. Jason Metsa.

The news conference with Metsa, Rep. Carly Melin, former legislator Tom Rukavina and others drew coverage from all of the local TV stations and the Duluth News Tribune.

Last week, in an almost off-handed way McFadden appeared to reverse course and say he would agree to one of the provisions his opponent, Senator Al Franken, had proposed: using U.S. steel if it would get the Keystone Pipeline built. That comment from McFadden on WCCO-TV’s Sunday morning program got very little attention from the media.

Winning the U.S. Senate race is only one of the reasons Democrats are beating the drum over McFadden’s steel comment. The Iron Range has become a political battleground in Minnesota. Once solidly Democratic, the area’s congressional seat has flipped twice in the last two elections between Republicans and the DFL. It is currently in Democratic hands, but Republicans have been trying to exploit a rift between environmentalists and labor in the DFL over a the proposed PolyMet copper mine that promises to bring new jobs, but at a potentially high environmental cost. Keeping both factions solidly behind the DFL could be the key to winning not just the congressional race, but also the statewide U.S. Senate and gubernatorial races.