The Democratic Congressional Campaign Committee is targeting Rep. Michele Bachmann following a vote to defund the Home Affordable Modification Program (HAMP). Though the Democrats are targeting Bachmann, her Democratic colleagues, Reps. Tim Walz and Collin Peterson, joined the Republicans on the vote Thursday. Bachmann and Rep. Chip Cravaack both represent districts with a high rate of foreclosures.

The DCCC is hitting Bachmann because she voted against an amendment that would save a portion of the program for senior citizens whose mortgages are in negative equity or “underwater.” 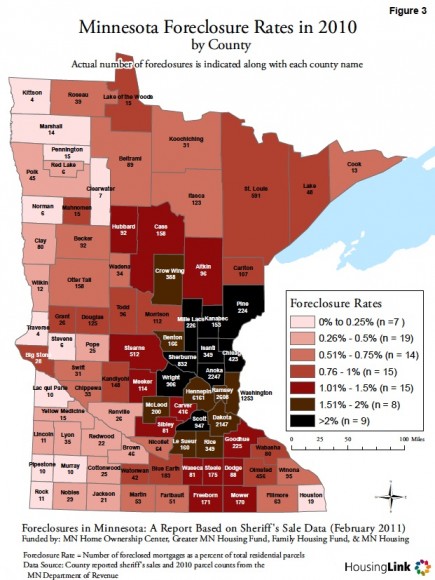 The Washington Post notes that only $50 million has been spent from the $8 billion program. Applications are lower than anticipated: Dow Jones Newswire reports that 65 homeowners have utilized the program. HAMP was passed by the Democratic Congress in 2009 and signed into law by President Obama.

While Reps. Bachmann and Cravaack voted to eliminate the program, both represent districts with high foreclosure rates. Bachmann’s district was the highest of Minnesota’s eight congressional districts in 2008 and 2009, and those number appear to be shifting to Cravaack’s district.