A 2011 Brennan Center for Justice at New York University School of Law report states that voting laws changes will “exclude large swaths of the electorate.” The report added that new restrictions “fall most heavily on young, minority and low-income voters, as well as on voters with disabilities…[making] it significantly harder for more than five million eligible voters to cast ballots in 2012.”

“The ballot measure will not only affect voter ID laws but also the ability of Minnesotans to vote absentee…or for Minnesota to maintain the practice of Election Day registration,” explained Keesha Gaskins, senior council for the Brennan Center’s Democracy Program (pictured, below).

Gaskins, U.S. Rep. Gwen Moore (D-Wisc.) and U.S. Rep. Keith Ellison (D-Minn.) recently discussed voter suppression legislation in a media conference call co-sponsored by New America Media and the Brennan Center for reporters from around the country, including the MSR. 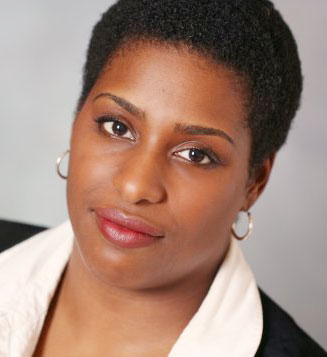 “It is very important to understand how these laws are going to affect voters,” said Gaskins.

Before Indiana in 2006 became the first U.S. state to do so, no state required its voters to show a government-issued photo ID at the polls in order to vote. Furthermore, federal law requires all new voters who register by mail to show an ID before voting. As the Brennan Center report points out, “What is new, however, is the degree to which the voter ID bills that were proposed and passed.”

Voter ID proponents claim that voter fraud has made stricter laws necessary, and that such laws won’t discourage voting by any group. Opponents, however, point out that voter fraud claims are not warranted and essentially are imposing a “poll tax,” whether or not the new identification is offered for free.

There are “powerful forces” that support new voter ID laws, believes Moore, who has held a voter ID town hall in her district, which includes Milwaukee. “While all of our rights are essential, I would say the right to vote for everyone isn’t some ideal or goal, but a cornerstone of our democracy,” she reaffirmed.

“Voting is a right, not a privilege,” continued Moore. “What you hear from [voter ID] proponents is that there are some type of voters that should be disqualified from voting: those people who are too disorganized and are not middle class enough to have their birth certificate, or too poor to send off to another state for their birth certificate.”

Furthermore, “I don’t know what [obtaining a voter ID] might cost an elderly person who is homebound,” especially if changes are made in absentee voting requirements, says Moore, who believes that requiring citizens to obtain voter IDs is “a poll tax.”

State governments, especially Republican-controlled legislatures, since 2011 either have passed or proposed new laws making it harder for citizens to register to vote: 34 states, including Minnesota, have introduced measures that require citizens to show state-issued photo identification in order to vote.

Section 5 of the Voting Rights Act requires that any changes to the election laws must be “pre-approved or pre-cleared” either by the U.S. Justice Department or federal court to ensure that they are not discriminating against any group of people, explained Gaskins, who is a former executive director of the League of Women Voters-Minnesota. “There are a number of states in various stages of delay” in this process, she added.

After Minnesota Gov. Mark Dayton vetoed a photo ID bill last year, the GOP-dominated legislature voted to put the issue on the ballot as a constitutional amendment for the November general elections. As a result, opponents including the League of Women Voters-Minnesota filed suit. 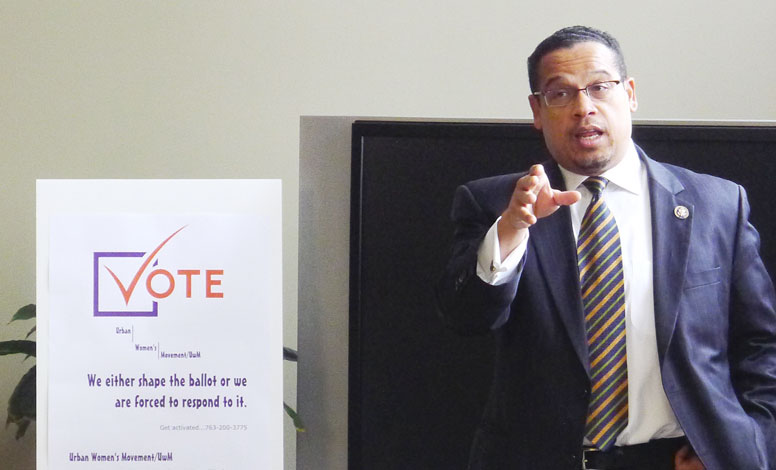 “The Democratic caucus is extremely concerned with this voter suppression effort,” said Ellison, whose district includes North Minneapolis. After the 2008 elections, “It didn’t take long for the forces of reaction to organize themselves and start pushing back the other way,” he pointed out.

Moore said that her state’s attorney general only found 20 cases “out of three million votes cast in 2008, the year Barack Obama was elected U.S. president” of what proponents of voter ID laws describe as “rampant” voter fraud — .0007 percent. However, “Some people would say that is a significant enough statistic to deny” a large number of people their right to vote by passing voter suppression laws, she pointed out. “I would say the bar should be very, very high to disenfranchising anyone.”

When the MSR asked if the 2008 presidential election results had been different, would stricter voter ID proposals have occurred, Gaskins quickly pointed out that 15 states that have passed new voting laws “control about 210 electoral votes or 77 percent of what’s needed to elect the next president.

“It was following the 2010 [midterm] elections where we saw all of these laws get passed around the country,” she said.

“Barack Obama won Milwaukee in 2008 by about 417,000 votes,” recalled Moore. “We are calculating that this bill in Wisconsin will disenfranchise about 425,000 votes.” She firmly believes that if one particular group favors President Obama over his Republican opponent, “the only alternative you have is to disenfranchise them,” said the congresswoman. “I don’t think it is a secret that these voter ID laws are designed to disenfranchise certain people, and many of them are Democrats or tend to be Democrat.”

Perhaps a better uniform voting system should be established instead, suggests Ellison. “We got 50 different states and we have numerous counties within each state, and there is a vast lack of uniformity in how Americans get to vote. This is got to be our long-term strategy, to standardize the right to vote and a method of casting that vote.”

The congressman says he has introduced in Congress two anti-voter suppression bills: one to allow same-day voter registration for all federal elections, and the other prohibiting federal election officials from asking citizens to present new photo ID while registering to vote.

Arguments from both sides of the photo ID issue were made last week before the Minnesota Supreme Court: Opponents of the issue say the ballot question does not accurately represent proposed changes for the state constitution, while its proponents say the state legislature can write ballot questions and the voters must inform themselves on what it means. A ruling is expected sometime in August.

“We’re working hard in Minnesota and across the United States” in opposing all voter suppression laws, concludes Ellison. “We believe that if we keep pushing, we are going to be able to defeat this thing.”