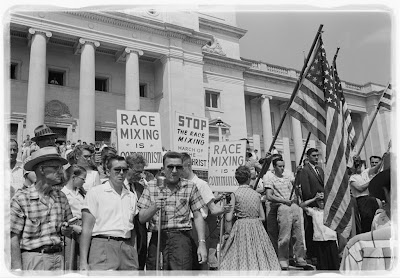 A 1959 protest against racial integration of schools in Little Rock featured similar rhetoric as today’s protests against ObamaCare — that it’s “Communism.” Via the Library of Congress at Wikimedia. Detail: 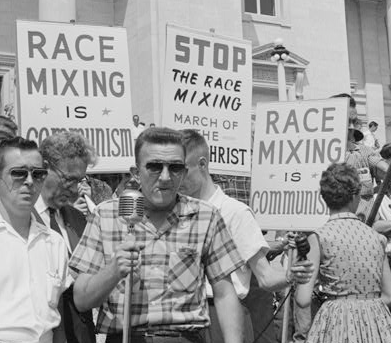 But the similarities don’t stop there: The middle sign says race mixing is the “march of the anti-Christ,” a not unfamiliar notion today.