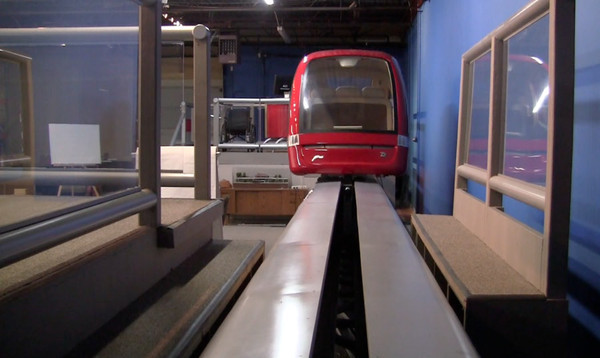 When Bluestem last spotted a proposal for personal rapid transit in Minnesota, some sponsors had talked Winona into asking Congressman Tim Walz for a $25 million federal earmark. The Winona Daily News reported in Walz seeks $11.1M in Winona-area earmarks:

But the city of Winona’s request for $25 million to build a test track and laboratory for Personal Rapid Transit was not among them, as the congressman says he has doubts about the viability of the futuristic transportation system.

“We’re just not sure,” said Walz, DFL-Minn. “As a demonstration project and that amount of money when it’s not at a point where it’s been demonstrated, it was pretty hard for us to request it.”

But just like mosquitoes and the undead, PRT is back. Curiously, at a time in which the Republican Party of Minnesota is shrieking about how the DFL majority only cares about big cities, the new champion of PRT is Senator Torrey Westrom (R-Elbow Lake).

Bluestem totally loves going out to Senator Westrom’s district, home to the headwaters of the Minnesota River in Big Stone County. Some truly impressive big stones in those parts. We recommend them.

Surely Westrom has a few to suggest that this system–which survives on “revenue from private investors and from feasibility studies funded by cities around the globe,” according to a December 2011 article in the Fridley Patch–is “reform.” 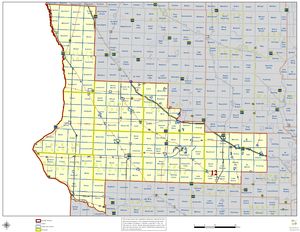 Is this looking out for rural Minnesota? Ken Avidor writes about a rambling question during the Transportation and Public Safety Committee hearing for the confirmation hearing for Charles A. Zelle, new MnDOT Commissioner, in Senator Torrey Westrom (R) Promotes Personal Rapid Transit at MN Legislature Hearing Yesterday:

PRT has no chance in this legislature as the previous post explained. But the MNGOP has become the party of really bad ideas and they seem determined to return PRT to the mix this year.

Senator Westrom, in a rambling question, seemed to suggest PRT was some sort of “reform”. Westrom mentions the “moribund” Taxi 2000 Corporation.

Can we expect Taxi 2000 lobbyist Ed Cain (also lobbyist for fraudster “Bobby Thompson”) to return to the legislature to promote PRT? How about pod booster extraordinaire Congresswoman Michele Bachmann?

But perhaps this isn’t an urban boondoggle after all. Maybe there’s true transportation reform to be had by installing PRT between Odessa and downtown Ortonville. The VFW in Glenwood to City Hall! To heck with U of M Morris being green–let’s get the kids to toss their bikes and route PRT on campus!