After the first week the conversation about the Affordable Health Care Act has (it seems) been politically narrowed down to this: “it’s a tax” (therefore it’s evil).

It is this because geniuses with words like Frank Luntz have determined that the word “tax” resonates negatively with people. It’s a ‘dog whistle’ word.

We’ve been conditioned to respond to words or images like Pavlov observed in his dogs. “Tax” is only one of those stimuli, but it is a very major one.

So, where words like “mandate”, “Premium”, “license”, “fee”, “assessment” and a host of other synonyms for “tax” could be used, “tax” it is. In fact, those alternative words are abundantly used with the current Republican majorities, including in my state, to avoid calling a tax they’ve levied what it is: a tax.

Of course, this will be denied by the architects: We’re heavy duty into the political lie season, and it will be far, far worse than it has ever been.

It’s only just begun. If one can accept lies as truth, you’ve truly reached the newspeak of Orwells 1984.

Tax is used because it is a good hate word causing certain types of folks to almost froth at the mouth and attack like rabid dogs anyone who suggests that tax might even be good.

(A lot of these folks look a lot like me: older people who benefit by things like medicare. But they forget that medicare is not an entitlement, rather something they ‘earned’, though it was earned through a tax they and their employer paid for many years.)

It’s time to take back the language, and each one of us can do it, one conversation at a time.

Take that word “tax” (a word hardly anybody has ever liked).

The smaller than normal Afton Parade I attended yesterday gave lots of examples, just within its units, of the word “tax”.

The military veterans who led – who always lead – the parade were, as military, public employees – consumers of taxes.

There are lots of legitimate beefs with defense expenditures, but military is one of the “taxes” that tax-haters seem to love. 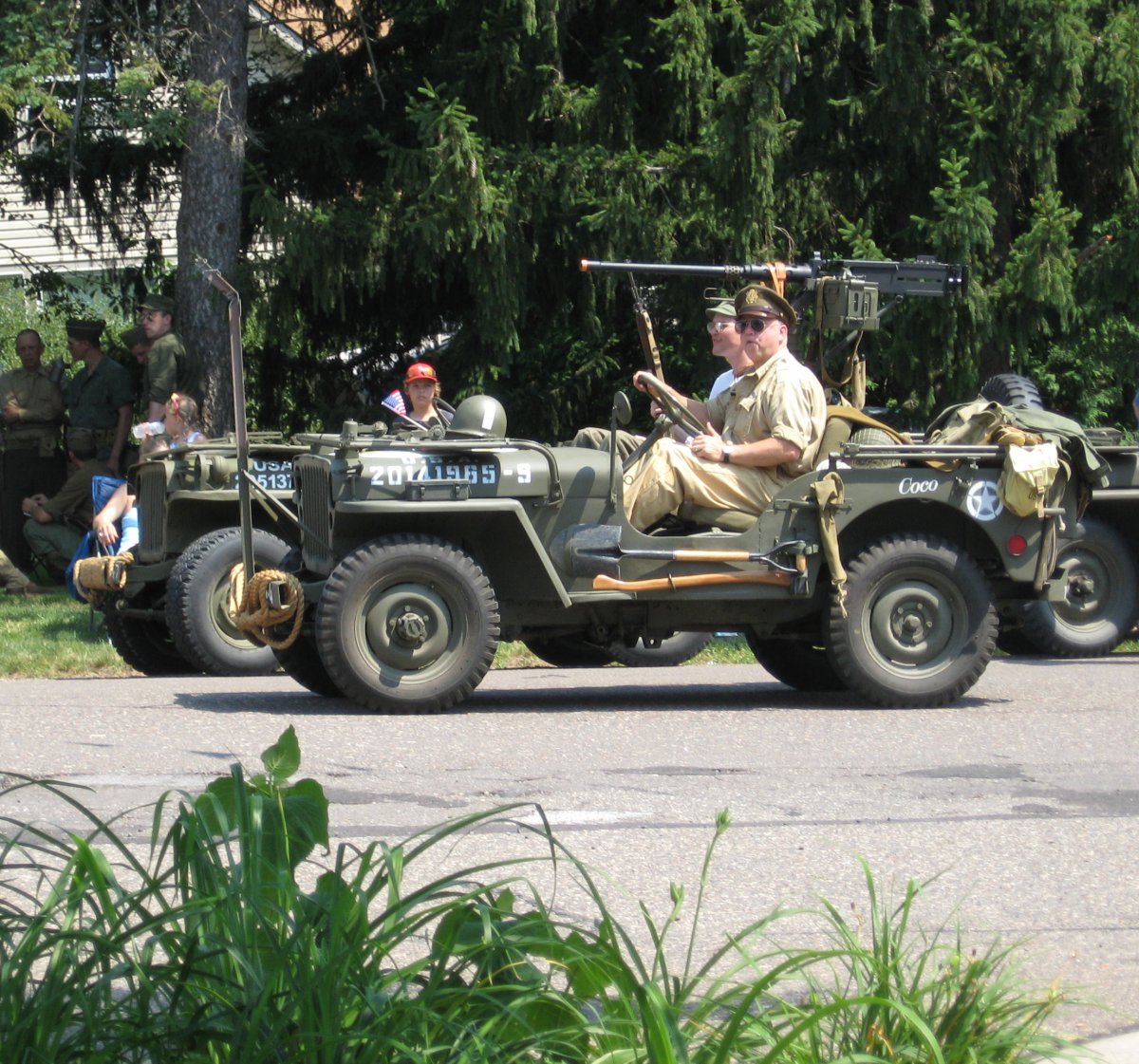 Reenacting war on a sunny day.

There was a public school unit in the parade: tax. And several fire trucks: more tax. Even Vulcan’s Krewe annually rides in an old fire truck purchased by tax. 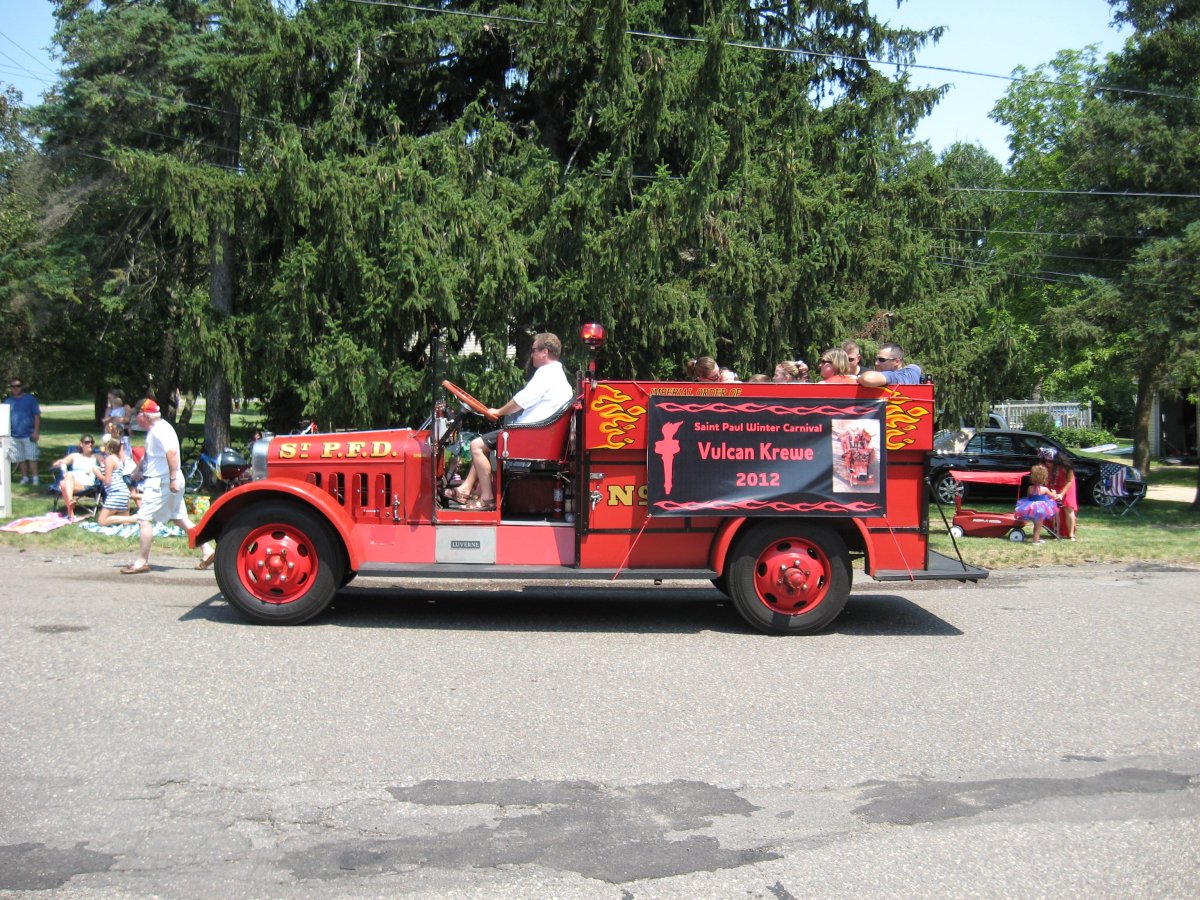 Vulcans in the Afton Parade

I got to the parade by public road: tax. There was traffic control in the town through police of assorted kinds: more tax.

Taxes is ubiquitous in our society, and the reason it is is that tax makes a civil and liveable society possible.

Everyone can pick and choose taxes that they would like to get rid of, but along will come someone else who depends on that very tax.

And which of us is not protective of our own tax benefit!?

That ambulance may be something I need sometime.

(One of the articles I noted this week was that the aging fleet that provides air support in the time of forest fires is inadequate and underfunded, just in time for the disastrous wild fires in Colorado Springs and elsewhere. I’m sure there is plenty of rationale for why those planes weren’t really necessary at the time of crisis, but living on the edge can be dangerous. You can’t turn on a dime when there are major crisis, but we seem inclined to lurch from one to the next.)

Still hate taxes? Then start by fighting to cut every thing you receive, direct or indirect, past, present or future, as some kind of benefit from taxes. You’ll change your mind quickly.

And bring back the “vision thing”.

We can be willing victims of the lies, and respond as Pavlov’s dogs did to it.

Or we can take the offensive and take it on.