Speaking of working steadily at a task that feels endless (as we were yesterday), I have been slowly making my way around the yard hand-weeding some planting beds that have been allowed to go to seed.

The original plan was to keep these areas heavily mulched and carefully tended to provide some space where flowers, ornamental grasses, trees and bushes could thrive. And at first, that’s how it worked. But over time the mulch dissolved (as expected) and while I was looking the other way, the beds have filled in with misshapen, spiky intruders from Mars.

I could go after the invaders with a noxious chemical cocktail, but that’s a solution for cowards. I need to confront the weeds personally, face to frond. Besides, there is always a risk that any foliage killer I spray on unwanted greenery will drift off and murder the more upstanding flora I’m trying to protect. I suppose it’s like keeping a loaded gun in the house. With very little effort you can do more damage than the threat you armed yourself against at the beginning.

These photos show you the scope of the task. 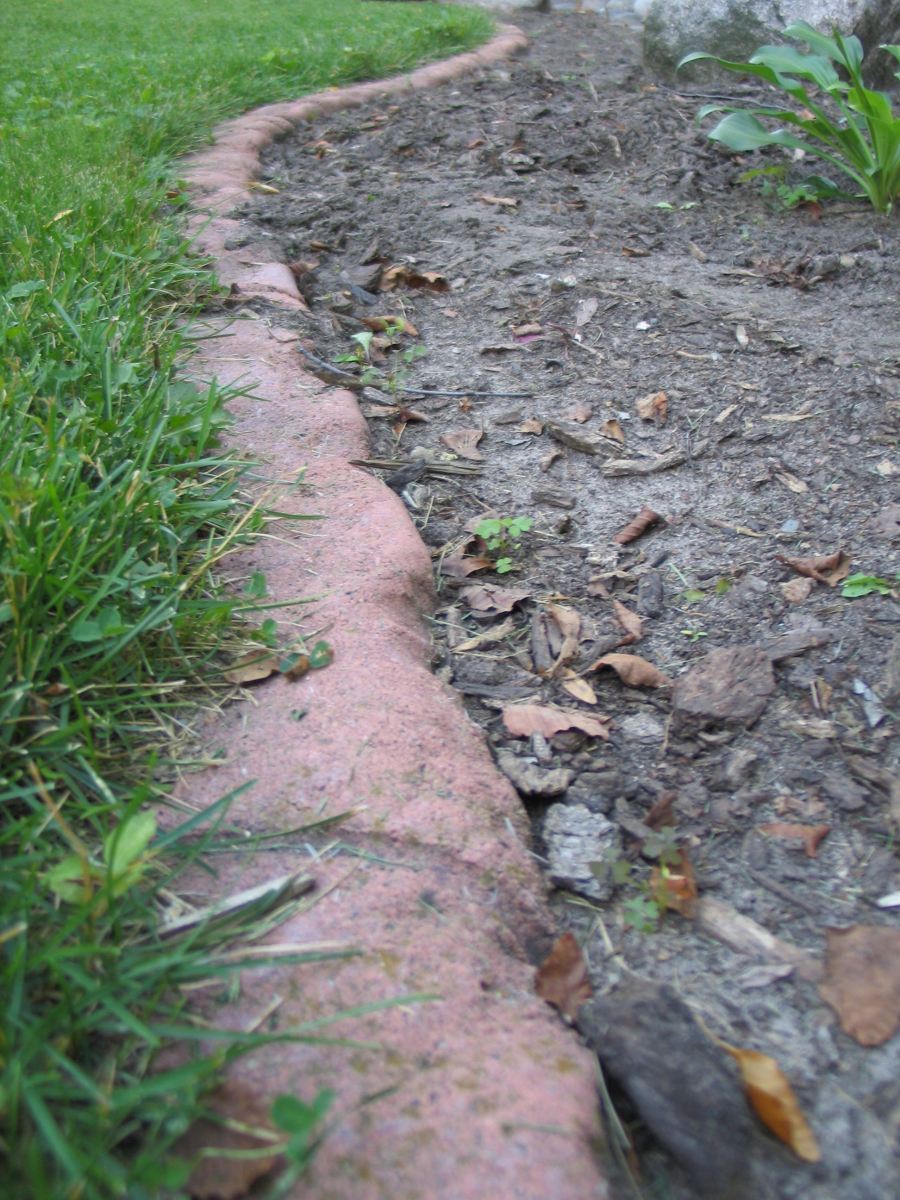 The area to the right of the border should be brown.

My approach is simple and brutal. I drop to my knees and claw at the Earth with a three pronged hook held in my right hand. As the soil is loosened I grab the weed with my left hand and toss it into a bucket. Then repeat, repeat, repeat. If it sounds “old school”, you’re right. This is basically the technique our prehistoric ancestors used to spiff things up around the entrances to their caves. I flung myself at the problem for several hours straight on Saturday, all the while wondering what possible good could come of it.

In the sandy areas, scurrying ants reproached me for destroying their cities. I tried to explain that I was down here with them because I was withholding my support from Monsanto, but the ants were too busy running in panic to pay me much mind.

I continued to dig. After an hour, I found it very difficult to stand up straight. After two hours, I had a sense that if I suddenly keeled over, the weeds could reclaim everything before I was cold.
Weeding must be the opposite of teaching. You can see immediate results, but you can be pretty certain your work will have absolutely no effect at all on the future.

To which pointless chore have you given too much of your time?