The five remaining Democrats— Kari Dziedzic, Jacob Frey, Mohamud Noor, Paul Ostrow and Peter Wagenius—will face off in a primary election Dec. 6. The winner of that primary will face Republican Ben Schwanke in the general election Jan. 10. Schwanke will be interviewed for the next Northeaster.

Two candidate forums are detailed on page 2 in the editorial.

Kari Dziedzic said she has deep roots in the district. “I grew up here,” she said. “I know the area.

“I grew up in a family that values public service,” she said.

She is a policy aide to Hennepin County Commissioner Mark Stenglein. She worked for U.S. Sen. Paul Wellstone and for the Hennepin County Attorney office, and for a private Minneapolis law firm.

She said she has experience “building broad coalitions, finding commonality.

She said finances will be on the minds of people in the legislature next year. “The budget mess is a concern of everybody,” she said. “We need to raise taxes on the wealthiest among us,” as well as finding more efficiency and cost savings in state operations.

“Education is another huge issue,” she said. “I don’t believe we can keep balancing the budget [by taking money from schools]. We need to have strong schools.”

“People are upset,” she said. “Their property values are going down, and their taxes are going up. We need to find a solution. People do not want another shutdown.”

“Raising taxes on the top 1 percent is a start,” she said.

Another part of the solution, she said, involves the homestead tax credit, which was discontinued in the current state budget. “I would like to look at restoring it.”

She said it’s important for the Legislature to pass a good bonding bill this session, to “help with the infrastructure.”

The Legislature also needs to re-authorize an environmental cleanup fund that comes from a tax on real estate transactions.

A new stadium for the Minnesota Vikings is “not my priority,” she said. “I’m not in favor of the two proposals that are out there right now. I don’t think we’ll have any money for it,” she said. User fees and ticket taxes could provide a funding stream for stadium, she said.

She said the state needs to pay attention to several parts of this district, including the Mississippi Riverfront, the Grand Rounds and the University of Minnesota. “The University is a big part of the district,” she said. “We need a strong university for this region.” 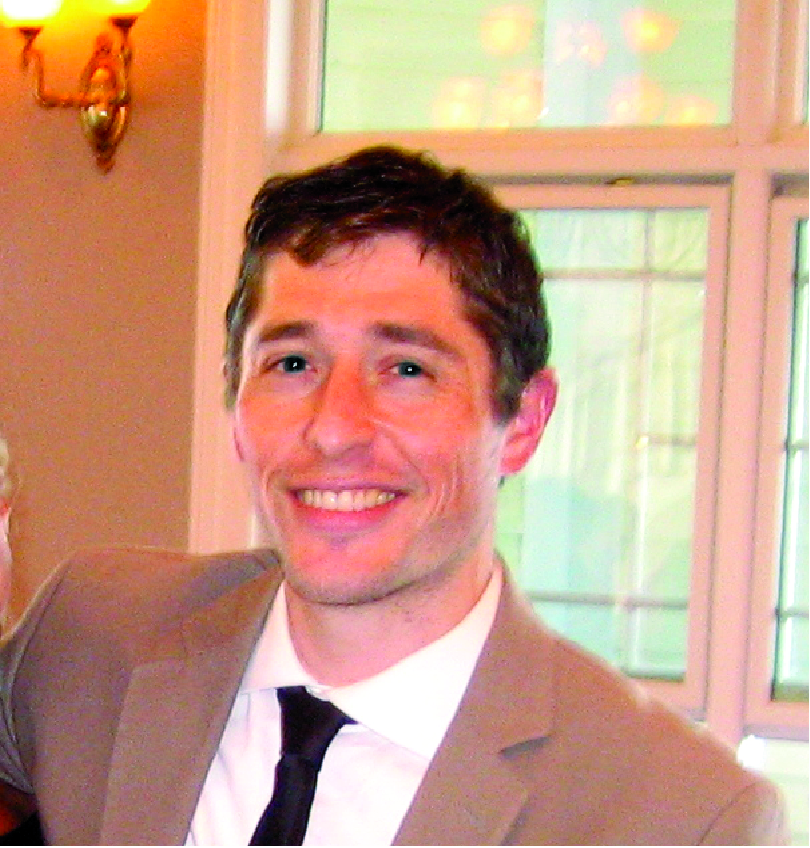 Jacob Frey was born and raised in northern Virginia. A strong interest in distance running brought him to Minneapolis for the Twin Cites Marathon, where he met his wife, Michelle. Both decided they wanted to live in Minneapolis.

Why? He said residents’ sense of civic involvement is the strongest of any place he has seen, and he wants to be a part of it. People here believe they “actually can make a difference,” he said, and so they go to neighborhood organization meetings and run fundraisers and service projects. “They really believe they can make a difference in the world,” he said, and that attitude is not prevalent in other parts of the country.

He left his job as an attorney at Faegere and Benson in Minneapolis to run for State Senate. Because of the firm’s clients and policies, he said, running for office or holding office would create a conflict of interest.

His law practice has included a lot of “pro bono” (no fee) work, he said, mostly challenging housing discrimination. “There’s a sense of reward…that you just don’t get when you win $20 million for a corporation.”

His plan is to “shake things up,” he said, “to take the honest position as opposed to the politically expedient one.”

That begins with “an honest campaign,” he said, with “absolutely no mudslinging,” and a goal of “helping the people who need help the most.”

“We don’t have a budget problem,” he said. “We have a revenue problem,” and the solution lies in “allowing the wealthy to pay their fair share. They can give back.”

“If you’re a wealthy entrepreneur, you probably have employees,” he said. “And they use the schools and the roads [and are protected by] the police, that the rest of us paid for. You need to pay it back, [so those services are there] for the next generations.”

“You capitalized on an opportunity,” he said. “Others deserve to capitalize as well.”

He said he’s willing to “start spreading that new message. That works because it’s a compliment,” he said, and it keeps the discussion going.

“You come to the best result from hard debate,” he said. “A lot of Democrats just aren’t able to do that.”

Frey said he’ll work to control dangerous guns, and for single-payer health care laws. He said he’s not discouraged by the fact that last year’s federal health care reform didn’t accomplish that. “There are always weaknesses when you make progress,” he said, and the laws can be strengthened in the future. 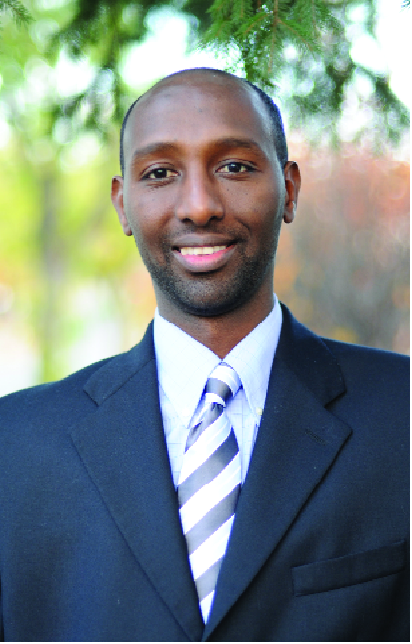 Young people, he said, need a “high quality education so they can be successful. We need to care for their future.”

He sees himself as a “voice for the under-represented. I can connect the entire community, become a bridge, make it successful.”

The rich, he said, “should understand that the need is there. We have a revenue issue. It’s not about an individual. You have to work with everyone else.”

Noor said he doesn’t favor state funding for a Minnesota Vikings stadium. “No bail out, no subsidy,” he said. “But I’d like them to stay.”

To break the deadlock in state government, he said, it’s essential to educate the voters. “Nobody is engaging the public,” he said, and “if everybody is blocking each other,” nothing gets done.

If the public is putting pressure on the legislators, however, the situation at the Capitol changes. “People may decide, ‘I have to listen to my constituents,’” he said. “I’m 100 percent sure that we’ll see some movement,” he said. “It’s more about give and take. We have to come together for the sake of our state. It’s about holding everyone accountable for the things they do.”

He said the most important thing the state can do for this district is to ensure employment opportunities and work with and promote small businesses. People are “living closer and closer to being one pay check away from losing their homes,” he said. Many people are working, but are under-employed. With his background in health and human services, “I’ll be able to address the opportunity gap.”

“I consider myself outside the political process,” he said. “I’m not a political insider.” 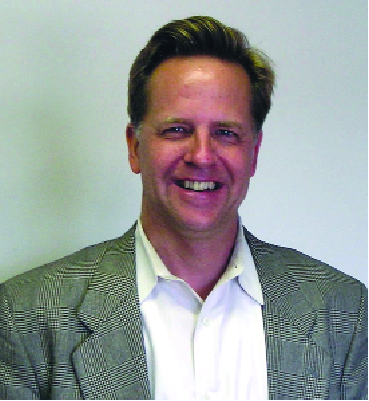 Paul Ostrow represented much of Northeast on the Minneapolis City Council for 12 years. He chose not to run for re-election in 2009, and has worked in the Anoka County Attorney office since then.

“What really drove me [to run for state senator] is the fact that people have lost faith in democracy,” he said. “That really saddened me. I sadly realized how unconnected people are to their government.

“We’re not going to solve the huge problems we have unless we can re-build people’s faith in government,” he said. “We need leadership. We need to make tough decisions.”

The influences of big money and special interests have “really overwhelmed government,” he said. “People don’t feel like they can compete with the big money, the lobbyists. We have to figure out how to get money out of politics,” he said.

As politicians, “we have to be Democrats not only with a capital D, but with a small D,” he said. “If the Democratic party can capture that, then it will be the majority party. I think it’s a winning strategy, at least in the longer term. It’s the right thing to do.

In the shorter term, “we need to pass an aggressive bonding bill,” he said. “We need to look at education. We have to educate kids for the 21st Century. If we get that right, we’re going to have the jobs,” he said.

To get that done, legislators need to “have some tough conversations,” and “if they don’t tell you where the money is coming from” they have to be told, “you don’t get off that easy.” He said his City Council experience makes him comfortable with the tough choices state lawmakers will have to make.

“I was known as someone who constantly evaluated how we delivered city services,” he said. “We’re going to have to do more with less. I’ve done it.”

He said city residents now pay a sales tax that supports regional attractions. That has to stop, he said, and the public can “use that sales tax to make the city financially independent. All over the country, cities have sales taxes,” he said, and with the structure and use of today’s sales taxes, “citizens are getting a raw deal.”

“You’re being elected to lead,” he said. “If we only do those things that people say are politically possible, we’re in a world of hurt.”

For issues specific to this district, he said, “we need an advocate for the arts.” There’s a lot of money coming in through the Legacy Amendment, he said. “How is it that Art-A-Whirl is still struggling? That should be the very definition of what the Legacy Amendment is for. There aren’t enough advocates for small arts organizations and the individual artists.”

Peter Wagenius grew up in Minneapolis and went to Minneapolis Public Schools. After college, he worked for two years with children who had behavior disorders, and then spent five years as a researcher for the State Senate DFL. For the past 10 years, he has been a policy director for Minneapolis Mayor R.T. Rybak. He’s lived in District 59 for 14 years.

A big part of his job, he said, has been balancing the city budget, and he’s eager to expose what “a cruel joke the state’s budgets have been.

“I’m tired of cleaning up their messes,” he said. “I want to go to the middle of it.”

The biggest problem with balancing the budget, he said, is that it was never balanced in the first place. One-time budget fixes, he said, are “the equivalent of duct tape and baling wire.”

He said he wants to work toward changing the majority in the State Legislature, and that will require that “in 2012, people know the difference between Democrats and Republicans.”

Democrats, he said, need to “draw that very clear contrast,” sending the message that Republicans are focused on budget cuts and divisive social issues, and that democrats are focused on jobs and the economy.

Can the Republican majority be convinced to compromise on the key revenue issues? “I think it’s already happening,” he said. “I think they’re aware of how unpopular the shutdown was. People are speaking out and expecting them to” work more closely with Democrats.

He said the legislature needs to pass a bonding bill this session “to put people to work. Roads, bridges, transit systems and retrofitting pubic buildings for energy efficiency. The data shows that’s effective” in creating jobs, he said.

The state has direct connections to District 59, he said. “I’m going to be an advocate for the Minneapolis Public Schools, the University of Minnesota, and investment in the upper riverfront.

The riverfront investment could become crucial, he said, if the Asian carp problem causes the closure of the St. Anthony Falls Lock and Dam.

“If that’s going to happen, we should expect some state and federal money to revitalize the riverfront…relocate businesses and expand park land.”

He said it’s important for voters to “look at the Democratic candidates and see what separates them.”

Wagenius said he opposes state funding for a Minnesota Vikings stadium. “Sales tax, gambling, Legacy, I vote no,” he said.