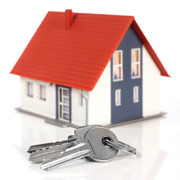 Affordable housing in Minnesota still is getting a bad rap, but this might change with a new public television documentary airing on Sunday: Homes for All.

Evidence of continuing NIMBY challenges facing families needing housing surfaced in the community outreach process the state went through in preparation of the 2012-16 Consolidated Plan. This is a document that is required to be completed every five years in order to receive various federal housing resources.

For the Plan, state agency staff completed extensive interviews with community leaders to determine the need for housing as well as barriers to creating housing affordable to people with incomes too low to be served by the private market.

Shortage of resources to cover the gap between what people can pay and the cost of housing ranked as the number one barrier. But barriers related to social perception are still prevalent.

One individual surveyed said in his community there was a prevailing sentiment that by creating housing for homeless individuals, homeless people would move into the community.

Another survey responder identified community ignorance of the struggles many families face in surviving on low incomes, particularly when housing costs are increasing faster than incomes as they have for renters over the past decade.

Many participants in the state survey said that public education on challenges faced by low income people would be beneficial and, in particular, information about the quality of affordable housing now being produced in Minnesota.

Many people have a very limited understanding of affordable housing and form opinions, pro or con, from a narrow base of experience. And for older Minnesotans that understanding was based on outdated images of massive, crime ridden, poorly-funded public housing projects here and elsewhere.

Homes for All is being shown on TPT’s Minnesota and Life channels. After the show premiers February 19 it will be available “on demand” at tpt.org.