The challenge came in a moment of weakness born of a position of power.  I was up giving a quick talk on the essence of storytelling to a group of students learning about marketing techniques, particularly focused on blog writing.  It’s a hot topic lately, but my approach is, as always, that there is really nothing new about it at all.  Just as the thought-out schtick was winding down, my friend and very capable professor Sara slipped the story sidewise.

The short answer is that there are many amazing stories to tell, but how can it be boiled down to a simple explanation?  The short version escaped me at that moment, but eventually it came back – it’s essentially the same as storytelling itself.  Things go along wonderfully until we somehow forget the lessons our grandparents learned the hard way and then have to call on another round of “experts” to tell us what should be obvious.  And that brings us to the concept of a “Debt Supercycle” – how Depressions have come and gone since ancient times because we lost the big story about the economy. 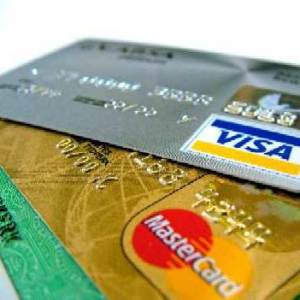 This is a topic that begs for graphs and charts, but there aren’t any yet.  It’s a theory that needs a lot more expounding before it can make it into the popular storyline.  But a quick introduction can help.  John Mauldin has been talking up this concept heavily for the last few years, so I’ll let him introduce it:

A Debt Supercycle is not some new thing. Rogoff and Reinhart write about 266 such events in the past few centuries in their epic work This Time Is Different. It seems to be part of the human condition. We increase the amount of debt in a system until there is too much debt. Each and every time, the people and leaders in a country convince themselves that “this time is different” and the debt is not a problem to worry about. And that is true until some moment in time when the markets lose confidence in the ability of governments or businesses to service the debt.

Note that the issue at hand is not governments, but the entire economy – businesses large and small included.  It’s not a policy decision but an attitude.  Once there is a general belief that money can solve all of our problems there is more of it and everyone becomes happy for a while.  Then, all Hell breaks loose.

The phrase was first coined by investment analyst Tony Boeckh in the 1970s to describe what he saw as a spiraling problem.  The timing is important because it highlights the famous statement by Vice President Dick Cheney that “Reagan proved that deficits don’t matter.”  Actually, if you take the very long view of things, we’ve proved pretty conclusively that they do matter – it just takes a while.

Irving Fisher wrote about this during the last Depression as well, so the concept is far from new.  It is simply convenient to ignore it as long as everything seems to be working well.

This comes back to haunt us when we look at the terrible decline of manufacturing in the US, the real source of our joblessness right now.  More debt means more money in the system, and for a generation more stuff is produced.  Yet right about the time Boeckh was making his observations it became clear that people were making a lot more money shoveling money around than actually making stuff.  It kept overheating for a full generation until the foundation of the economy was hollowed out, around the year 2001 or so, launching us into a Depression.  Managing the worst effects of this kept the party running for some time – until we get where we are now.  What really happened?

The short answer is that it took a full generation or two to sink in as more and more money took over.  And here we are wondering what to do about it.

The way out is not going to be easy, but what matters here is attitude.  I’d like to know what you think about this concept because a good story, especially on a topic like this, has to ring out as true from the very start.

Someday I’ll have the Big Story down so tightly that I can pull it out on a moment’s notice.  That’s the story we have to start telling about the economy – the epic tale that includes generations.  And it’s by telling that story that we change the attitudes that got us into this mess in the first place.

Despite the lack of graphs and details here, there are many included in the links provided to related topics.  If you’d like to read more, please  follow the links.