When you ran for office and for reelection I was one of the millions who was sure you would get immigration reform passed on your watch. We were thrilled. We had known too many friends and family members who were respectable, hard working people and while they paid taxes and contributed to our society, they were forced to live in the shadows with partial rights and constant fear of deportation. But five years later, little has changed. Thanks for Deferred Action – it is a huge opportunity for our youth. But their parents still live and work in daily uncertainty.

I remember during the campaign and early discussions on Immigration Reform, you were trying to work out a compromise with Republicans. I applaud you for trying. They maintained that they would only support Immigration Reform if the boarder was secured and criminals were promptly deported. There was a push for programs such as “secure communities” and increased border security was implemented as directed. So as a trusting person you oversaw a rapid increase in deportations and beefing up the security of the US – Mexico border.

I believe you thought Republicans would then also support Comprehensive Immigration Reform. We saw clearly last fall these republicans have no intention of holding up their side of the deal. 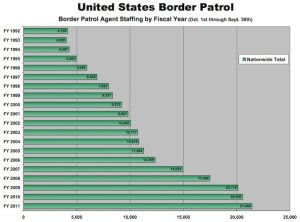 You have given them increased border security.

You have guided the increase of enforcement in workplaces and cooperation with local sheriffs to catch and deport Undocumented Persons.

Yet, under the leadership of John Boehner, and out of fear of tea-party extremists, they refuse to sign on to reasonable and humane reforms. So I say it is time to change the game.

Please act today, every day we wait more families are separated, more funds are wasted on detaining innocent people and more people suffer in the shadows.