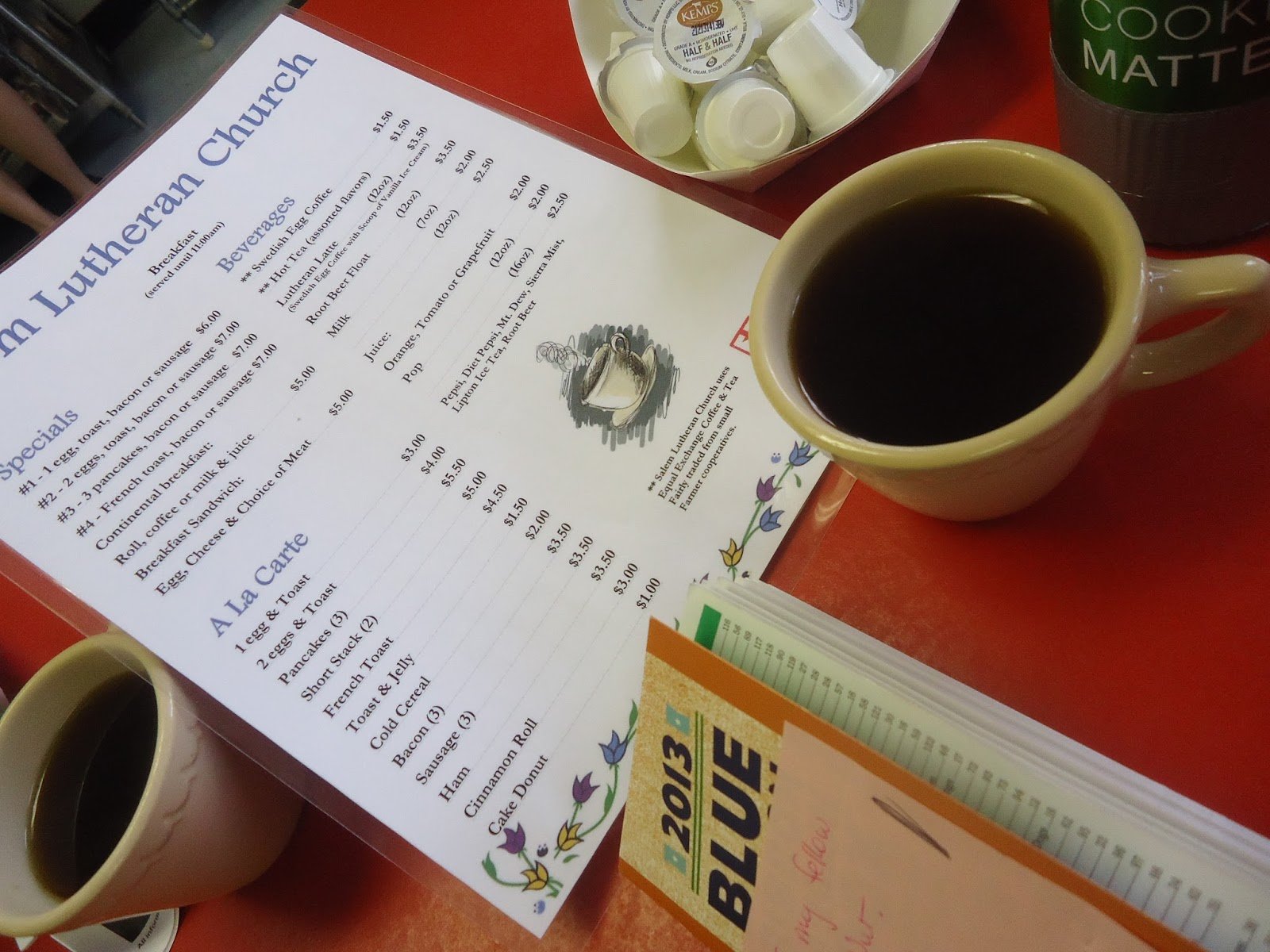 What kind of stuff do they pump into the air on the Minnesota State Fairgrounds? As soon as I hand my ticket over to the gate watchers and enter the Promised Land a lovely familiar euphoria lifts me and I am home.

Yes, I am one of those people.

This year we started with breakfast at Salem. We four girls dined on egg coffee, short stacks, bacon, and rolls. We chatted with out tablemates, the best part of communal dining, and met a woman from Owatonna whose family has been in the business of selling farm equipment (and now Toro) for more than 50 years. A couple sitting at the table behind us recognized me from a shared meal two years ago. Friends made at The Fair are friends forever.

Fortified for our morning volunteering duties, K and Th headed toward the Metro Transit booth while L and I entered the Eco Building where we hoofed Eichten’s Cheese and watched the amazing Bemidji Lunch Ladies (and Men) do their thing with chefs from Indian Harvest. The group collaborates to create meals for students in Bemidji that are healthy and tasty.

Duties over, we decided to try the fried olives at the Fried Fruit on a Stick stand. They underestimated the popularity of their new dish and ran out of olives around 11 AM but assured us a new batch was on the way. We opted for a mushroom-Swiss crepe and splashed our thirst with the Mini-Donut Lift Bridge Beer (strange first taste but the cinnamon sugared rim kind of grew on us).

By the time we returned to the Fried Fruit stand there were two lines twenty people deep. We paid up front and took our place in line. Fifteen minutes later we had our olives on a stick. The verdict? The deep fried olives are a great new addition to The Fair. Briny, salty, creamy, and crunchy: the fried olives have a great balance. I was glad to see lines at the fruit stand. People complain that they cannot find healthy food at The Fair, but this is the first time I’ve seen a line at the fruit booth.

The StarTribune is handing out brat flavored lip balm this year. We tested the flavor and Vineeta Sawkar found us. “How would you describe the taste?” she asked.

“Like dill and sour kraut,” we answered. I did not mention the last time our paths crossed. Probably best to keep those memories to myself.

Time for a cannoli. Ole’s was new last year and even though none of us are sweet lovers (give us something savory and salty every time) Ole’s Cannoli quickly became one of our favorite foods ever. This year they are touting candied bacon but when we arrived to place our order the bacon was gone. “Our emergency bacon reserve is on the way,” the Ole cashier assured us. “They are stuck in Fair traffic but should be here within a half an hour or so.” We took our cannoli with pistachios and vowed to return later this week when the bacon is replenished.

Note to vendors: when you create a new dish that the public will love, be prepared for the onslaught. Note to self: cheese curds pair wonderfully with Tejas roasted salsa and a cold Beergarita.

Ten hours at the Minnesota State Fair and my cheeks hurt from smiling. And I cannot wait to do it all over again tomorrow. Did I mention I am one of those people?