When I first started as an outreach coordinator for E-Democracy, I had been writing about the Cedar-Riverside community, particularly its large Somali population, for several years. Over the last several months, I have met with community activists, health care advocates, university employees, students, and residents. I walked from store to store discovering a mall I did not know existed. I even attended neighborhood meetings, neighborhood safety meetings and community events. I spent time at the Brian Coyle Center where I got further acquainted with community organizers. Every Tuesday, I would buy my vegetables from the small farmers’ market These opportunities allowed me an almost-insider’s look into the community.

For the small business I quickly learned that many of the owners did not have an online presence neither did they have emails. In some instances, the store owners and their employees did not speak English making communication a challenge.

Still, I gathered emails where I could, but haven’t seen an increase in member’s posting new content or responding to forum topics. However, a quick glance at forum stats show that readership is steadily increasing. I also found that many of the community organizers are already registered on the forum, but only lurk. I sought to know why.

At an informal meeting with several Somali women I learned that the negative press and abrasive online comments on websites such as the Star Tribune newspaper have resulted in a complete distrust of non-Somali websites. One woman said that as a community organizer, her daily battles are constant, and she did not have the energy to constantly “defend her community.” While E-Democracy forums are facilitated, and users are required to use their real names protecting members from such diatribe, these women are still hesitant to participate.

What about softer, cultural issues like explaining Ramadan, the Muslim holy month of fasting? Again, they spoke about online attack fatigue. As I look ahead to future postings and building trust it will be important to include topics that do not rile up controversy such as profiles of businesses and people in the community; and resources.

E-Democracy is a unique position. Unlike many organizations the forum doesn’t want anything from the community. Not in the literal sense anyway. Of course, for the vibrancy and the posterity of the forum, participation is key. A key factor is making sure that people understand the the forums diversity is only as rich as its member participation. 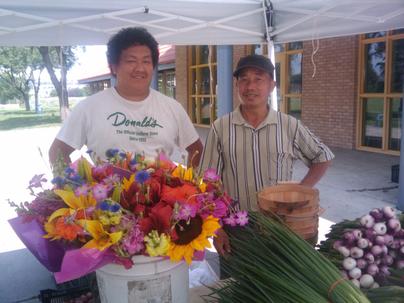 When Brian Noy posted on the forum about the low sales in the Brian Coyle Center’s farmers’ market, I met with him to see how he could best promote it. He was creative in his postings by featuring a weekly vegetarian recipe. However, the reality was that the people who needed to see it most were not accessing it. His best approach, it turned out, was speaking to community organizers housed at the Brian Coyle Center that I introduced him to that day who could in turn communicate to their different constituencies.

As I continue with my outreach efforts I am keen on developing strategies that would allow the community to trust this particular forum. For a community that is very oral with most information relayed through word of mouth and community gatherings; how does e-democracy fit in? For literate Somalis digital engagement is actually not an issue as there several popular forums (Hirraan, Somalia Online, Somali Life, SomaliNet) and social networking sites like Twitter and Facebook. However, how do we engage them in a wider issues forum like the e-democracy one? Considering digital inclusion, how does e-democracy make a case for communities with little or no access to the Internet?

PS. There are other communities of color, like immigrants of Oromo, Ethiopian, Eriterian, Korean and Mexican descent, in the Cedar Riverside Neighborhood that I will be profiling over the course of the month.a 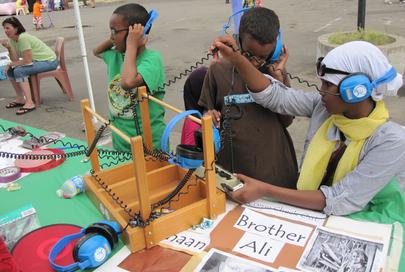