Minnesota Governor Mark Dayton has expressed his disapproval with the Republican’s photo ID constitutional amendment. He’s promised to campaign against it. He kicked off his effort by symbolically vetoing it.

I have vetoed and am returning Chapter 167, House File 2738.  It would amend the Minnesota Constitution, to require picture identification for citizens to exercise their constitutional right to vote.

Although I do not have the power to prevent this unwise and unnecessary Constitutional Amendment from appearing on the Minnesota ballot in November, the Legislature has sent it to me in the form of a bill.  Thus, I am exercising my legal responsibility to either sign or veto the amendment.  I am vetoing the amendment and its title; and I urge Minnesotans to reject it in November.

Typically, bills are passed to solve problems. The MNGOP’s difficulty is their bill purports to solve a problem that doesn’t exist. There is no vote fraud.

The real problem that this amendment solves is the MNGOP’s ability to win elections — its about vote suppression. Republicans narrowly lost the 2008 MN-SEN race (312 votes) and the 2010 MN-GOV race (@9K votes).

If they could have prevented 20,000 legitimate voters from participating, Norm Coleman would still be a Senator and Tom Emmer would be Governor. Now that they’re in control of the Legislature, they’re trying to prevent future Coleman-Emmer-like losses.

A constitutional requirement that “all voters must be subjected to substantially equivalent identity and eligibility verification” places barriers to voting on our seniors who no longer drive, our soldiers who vote overseas, and our students who attend colleges and universities away from home.  It will make voting much harder for thousands of other eligible voters, who will find it difficult or impossible to attain government-issued photo identifications in order to prove their identities.  Verifying eligibility will negatively affect any voter who has utilized same day registration (over 500,000 in a presidential year), absentee voters (195,000), Military and overseas voters (11,500), and our mail balloting voters (45,000).  Virtually no class of voter is left unscathed by these extreme alterations in our citizens’ access to their elections.

Considering this amendment could prevent upwards of 700,000 people from voting, it would definitely help the MNGOP win more races. 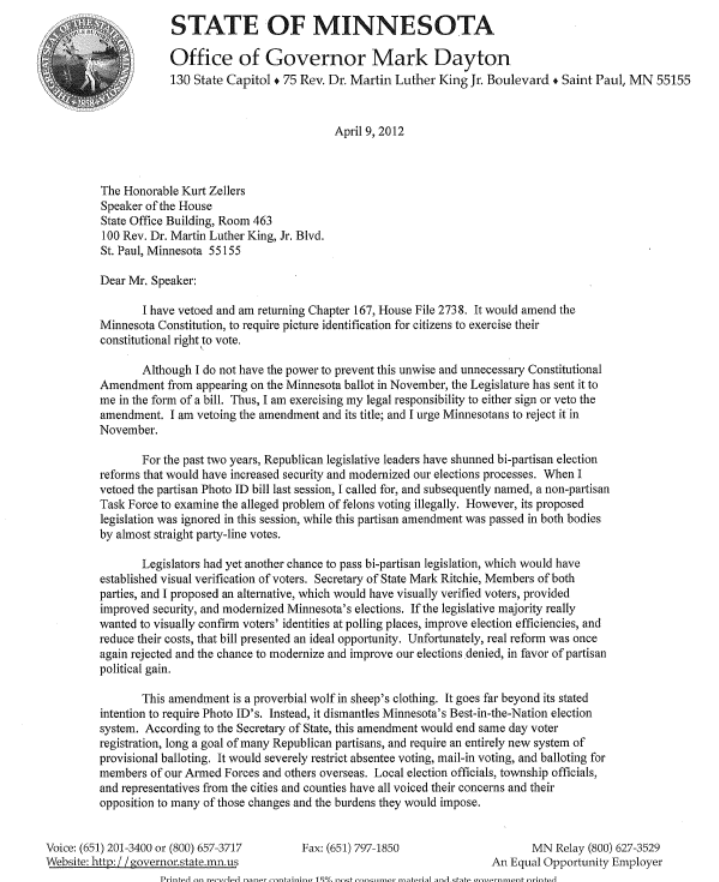 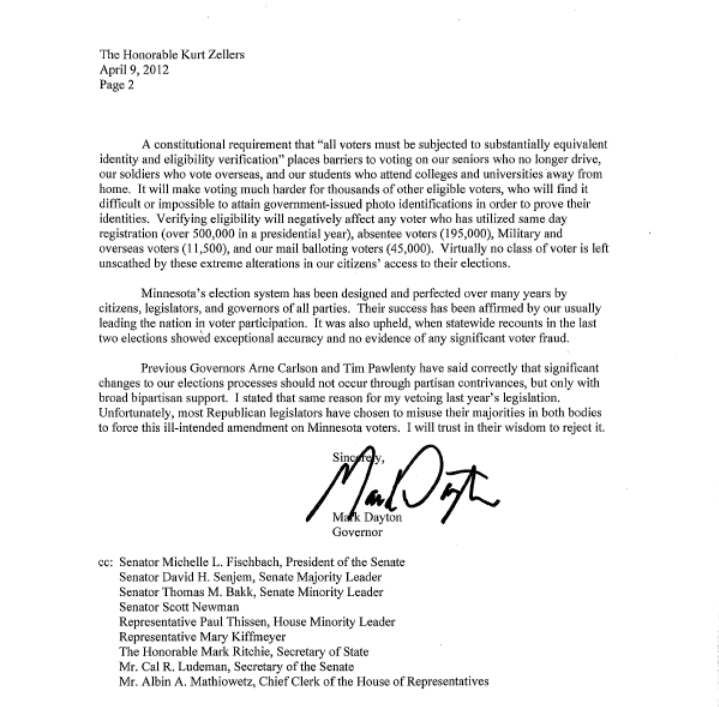