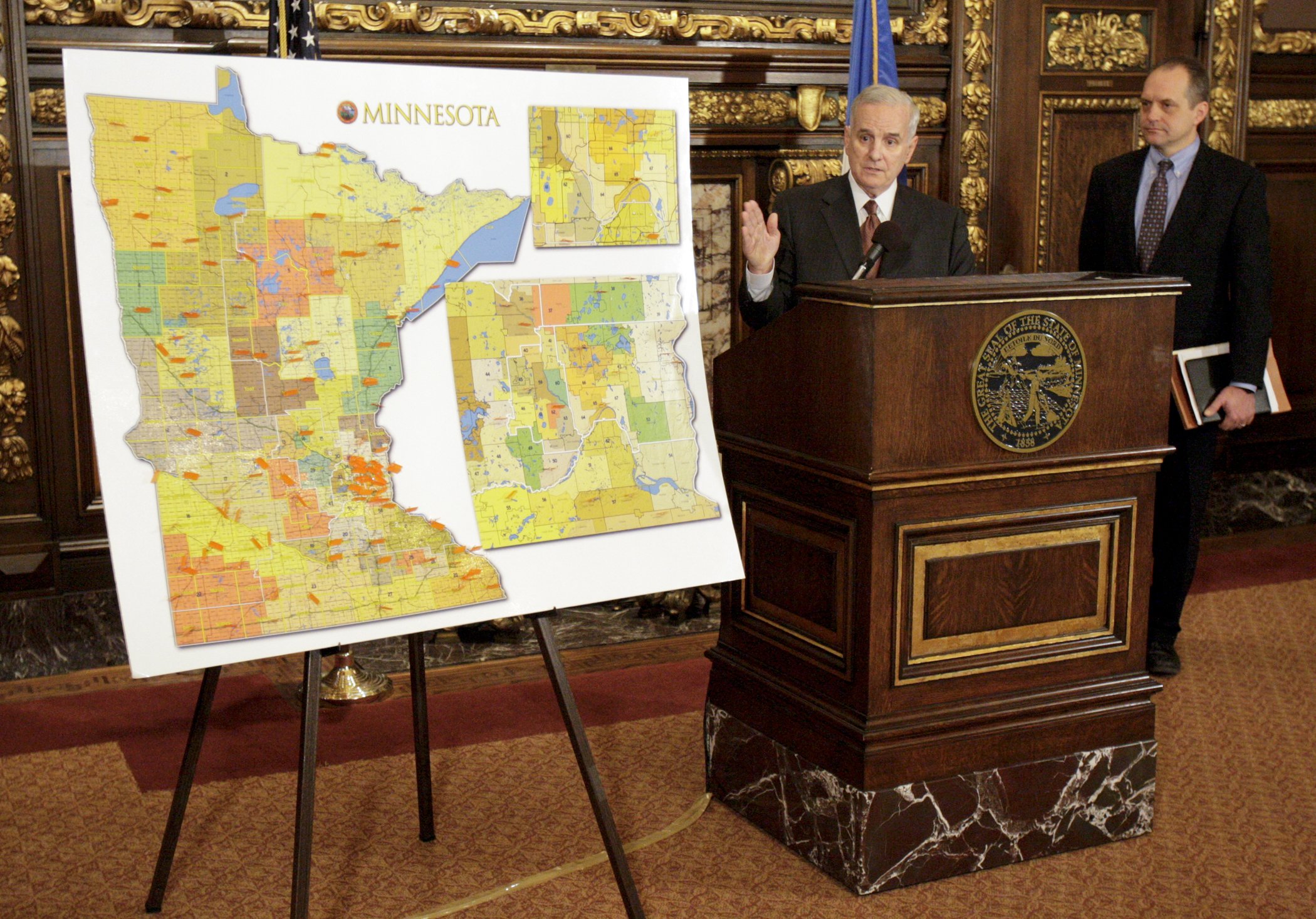 Gov. Mark Dayton has whittled nearly $3 billion in requests into a capital investment, or bonding, proposal that totals just under one-third of that amount.

His proposal, released at a Wednesday news conference, includes $986 million in general-obligation bonding toward a $1.4 billion total investment. Local match requirements would make up the difference.

“This proposal addresses many of our state’s critical infrastructure needs, while strengthening our economy and getting more people back to work,” Dayton said.

He estimated the proposal would create more than 27,000 jobs. “If you don’t do these projects you don’t put people to work,” Dayton said, adding that high priority was given to projects that are “ready to go.”

Of the governor’s proposal, 38 percent of funding would be for projects in the seven-county Twin Cities metropolitan area, 34 percent in Greater Minnesota and 28 percent would go for statewide programs.

By investment area: 27 percent is for education, 24 percent for economic development, 15 percent for environment, 13 percent for State Capitol renovation, 12 percent for corrections and human services, 7 percent for transportation and transit and 1 percent for veterans and military affairs.

What’s in the proposal?

The largest single investment, $126.3 million, would be to complete the State Capitol renovation. Workers are currently in the process of upgrading the 109-year-old building, including repairs to its façade and modernization of the mechanical, electrical, heating and plumbing systems. With the new money, restoration should be complete by the end of 2016.

“Downtown revitalizations are crucial to a city’s economic vitality and also the surrounding region,” Dayton said.

Higher education systems would receive $233 million worth of improvements, including $40 million in asset preservation for both the University of Minnesota and the Minnesota State Colleges and Universities system, $74 million for additional infrastructure improvements at 17 MnSCU campuses, $56.7 million for the university’s Tate Laboratory of Physics building on the Minneapolis campus and $12 million in research laboratory space on the Twin Cities campuses.

“We cannot have a world-class education system without first-rate facilities,” Dayton said.

Among other aspects of Dayton’s proposal are:

Legislative reaction to the proposal was mixed.

“Governor Dayton’s robust bonding bill demonstrates strategic investments in our state which will create thousands of jobs and support the continued growth of Minnesota’s economy,” Rep. Alice Hausman (DFL-St. Paul) said in a statement. She chairs the House Capital Investment Committee. “This balanced bill will benefit Minnesotans across the state at a time when our economy is continuing to improve.

“This is an excellent start to the conversation and it’s extremely encouraging the governor has included many projects that have been in the queue for some time.”

“Today’s wish list is another example of Governor Dayton asking hardworking Minnesotans to overpay for things they would never buy for their families or small businesses. … The Governor shouldn’t send hardworking taxpayers a credit card bill for his out-of-touch spending,” Dean said in a statement. “The list includes some worthwhile projects. We should focus on taking better care of the buildings we already have before literally growing the footprint of government — that will provide more work, faster for trades across the state.”

The second year of a legislative biennium has traditionally focused on passing a capital investment law; however, such legislation is becoming an annual norm.

Last year’s bonding law was slimmed down in the final hours of the 2013 session. Checking in at almost $176.8 million, including $156.1 million in general-obligation bonding, the law contains $109 million to keep Capitol renovations going.

It also contains $22 million for construction of a parking ramp in the Capitol Complex, $20 million for flood mitigation projects across the state, nearly $18.9 million as a state match for an expansion at the Minneapolis Veterans Home and $8 million so the Public Facilities Authority can leverage $40 million in federal money for the clean water and drinking water revolving funds.

An $800 million general-obligation bonding package that included money for higher education, a trio of civic center expansions and money to expand transit in the metropolitan area failed to garner the necessary number of votes for passage. No Senate vote was taken.