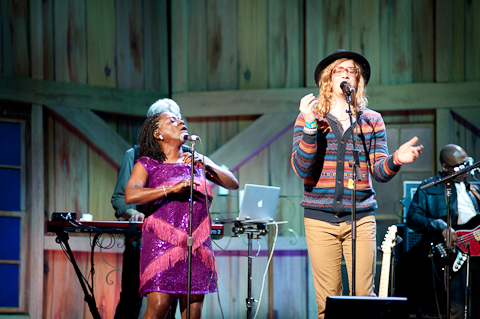 Aging is something that bothers must of us—whether it’s celebrating your fifth birthday or your 29th, dreading the inevitable changes that come with graduation, or the anxiety you feel when you ask yourself if you really are mature enough to have children. Any fears I had about aging were all but squashed when I experienced Daryl Hall bring his acclaimed web series Live From Daryl’s House to the Orpheum Theatre on April 18th.

The premise behind the web series is that another famous musician comes over to Daryl’s house and they have a jam session in his barn, participating in duets from each performer’s song catalog.

Walking into the Orpheum I knew it was going to be a different experience than most of the concerts that I attend. Was it going to just be a concert? Would it be more of a variety hour? Would I hear “Private Eyes”? I walked by the merchandise table, noticing they were selling “Live From Daryl’s House” aprons—something I’m not used to seeing at merch tables, but something that immediately identified the core demographic.

In front of a backdrop made to look like Daryl’s barn, the evening turned out to just be a 65-year-old Daryl Hall wowing the audience for nearly two straight hours. Hall sauntered out on to stage with a huge smile on face saying; “Now I know who my true fans are,” humbly acknowledging the crowd. He began playing his newest single “Eyes For You (Ain’t No Doubt About It),” A yearning slow jam that seems familiar because it sounds more than a little like the Hall & Oates smash “I Can’t Go For That (No Can Do).”

Hall quickly brought out his first guest Allen Stone, praising him by saying “Feels like I found the new me.” Despite being a young soul singer, Stone seemed on equal footing with Hall has they exchanged verses of Stone’s song “Unaware,” both hitting impossibly high notes. Stone exited the stage saying, “If it seems like I’m having the time of my life, it’s because I am.” To which Hall responded, “The feeling is more than mutual.”

The evening had already been wildly entertaining when they welcomed Sharon Jones to the stage, Hall exclaiming over thunderous applause, “She’s a force of nature! That’s the only way you can put!” Standing next to Hall, Jones appeared half his size, but as they launched into one of her many hits—“100 Days, 100 Nights”—it was quickly made apparent that she has the voice and the personality to engulf men twice her size, or even the entire theater.

As the two famed soul singers went back and forth playing Jones’ song “Tell Me,” they took every opportunity to improvise and dance around stage. During a guitar solo
Jones yelled “I know he’s got moves with his fingers, but I’m going to check out his knees!” prodding to match her dance moves.

After Sharon Jones’s set, they took a short break to show a previously recorded video with the evening’s three performers demonstrating how to cook a proper cheesesteak. The secret? Cook it “slow and low,” Thanks, Daryl: another concert experience first.

The band, Stone, Jones, and Hall reemerged, all taunting the crowd by eating cheesesteaks. A stunningly authentic moment happened during the tearjerker ballad “Every Time You Go Away,” which actually brought Sharon Jones to tears. She recounted that the song reminded her of her recently deceased mother. It was the kind of genuinely emotional moment that you rarely see. You could hear band members telling her that they loved her while others reached out to comfort her.

Quickly pulling herself together Jones shook off the tears with a series of dance moves; the jostling of her sequin dress repelled any sign of sadness. Hall did his best to pick up the mood throwing the crowd in an absolute frenzy as he began playing “I Can’t Go For That (No Can Do).” It was a truly bonkers moment with the entire crowd just losing their minds. I was watching older men dancing and high-fiving one another, woman were rushing the aisles to dance, and I even saw a plume of smoke waft over the crowd from someone’s “one hitter.” The song spun out of control, turning into a twelve-minute saxophone hoedown, leaving the crowd cheering for more as the band exited the stage.

Throughout the entire evening it was almost overwhelming how much raw talent was on stage and how much the three performers were enjoying playing with each other. It was refreshing to see that sort of youthful exuberance. Nothing was ironic, the crowd wasn’t cynical; everyone was just there to have fun. During the performance the songs touched on the struggles that life can bring. At one point Jones was talking about having to do things “the hard way,” to which Hall echoed: “It’s the only way,” shaking his head. But the performance was celebration of all the good things that life can bring, a slow-cooked cheesesteak, and the ability to dance in the aisles. If aging allows you the freedom to have as much fun as I had during the performance “Live At Daryl’s House,” then I have no hesitations at all. 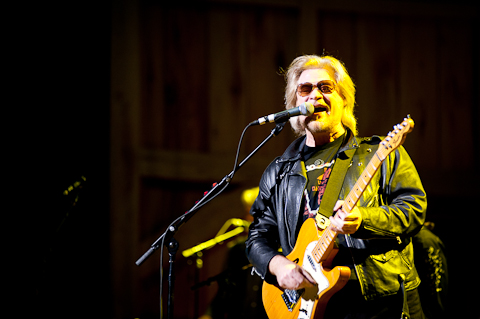 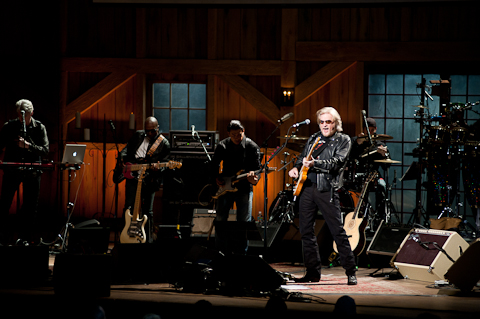 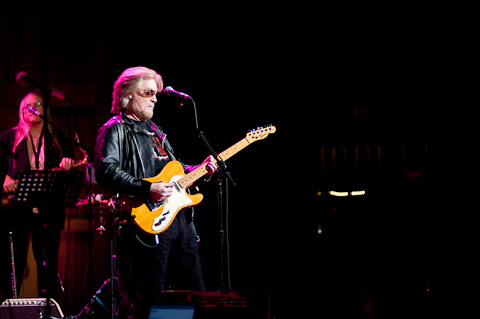 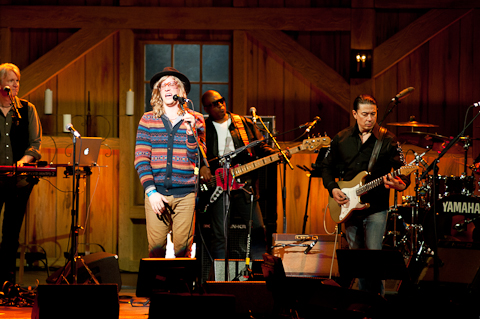 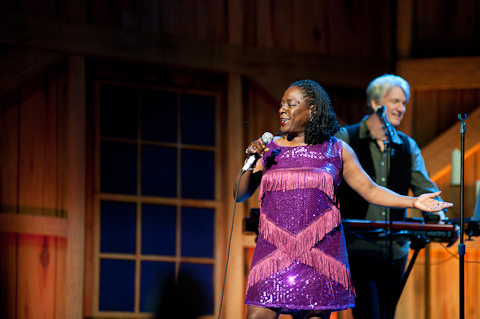 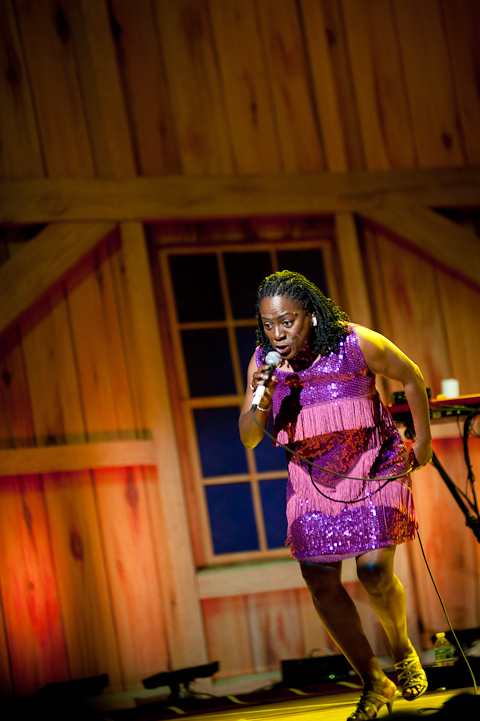 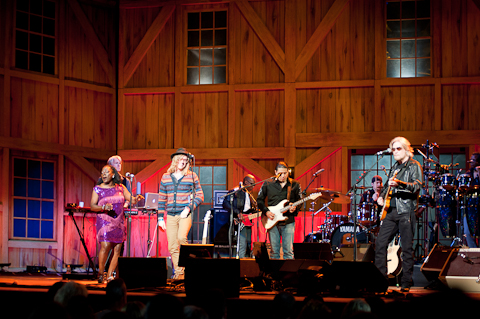