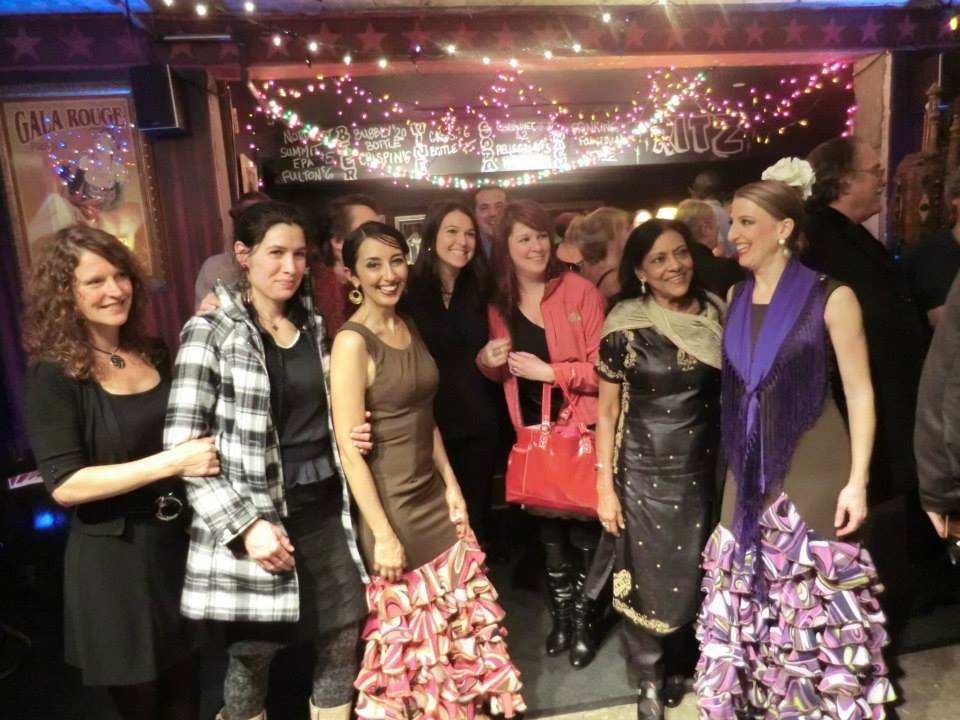 On November 9, Zorongo Flamenco Dance Theatre performed at the Ritz Theater as part of the theater’s “One Big Night” series: one-time programs that showcase a range of companies’ repertoires. It’s not a bad idea: instead of trying to sell an entire weekend’s worth of seats, pack the house for a single electric performance. It certainly worked that way for Zorongo Flamenco: four dancers and two musicians rose passionately to the challenge of meeting the crowd’s high expectations.

The program, titled Sol y Luna, was presented in front of giant projections of the sun and moon. That might have been a cheesy touch if the performers hadn’t brought an energy equal to the imposing setting. The company members have been taking Sol y Luna to venues across the state, and were clearly excited to be sharing the program in their home town.

The dancers were the company’s very best: Deborah Elias, Collette Illarde, Antonio Arrebola, and artistic director Susana di Palma herself. Each of the dancers had a solo, and each brought a personal touch to the classic art of flamenco. Elias humorously enacted a love-hate relationship with the long train of her traje de flamenca; Illarde emphasized a lithe athleticism; Arrebola brought force and passion (and a lot of sweat) to his solo; and di Palma performed with supreme elegance and charisma.

Providing sympathetic accompaniment were the epic vocalist Vicente Griego and quietly confident guitarist Chuscales. The evening ended with the performers all standing in a semi-circle, taking turns flaunting their skills in the middle. Even the dapper Griego came out for a few dramatically timed dance steps, prompting a woman sitting behind me to wonder aloud whether he has a girlfriend. Love was, indeed, in the air.