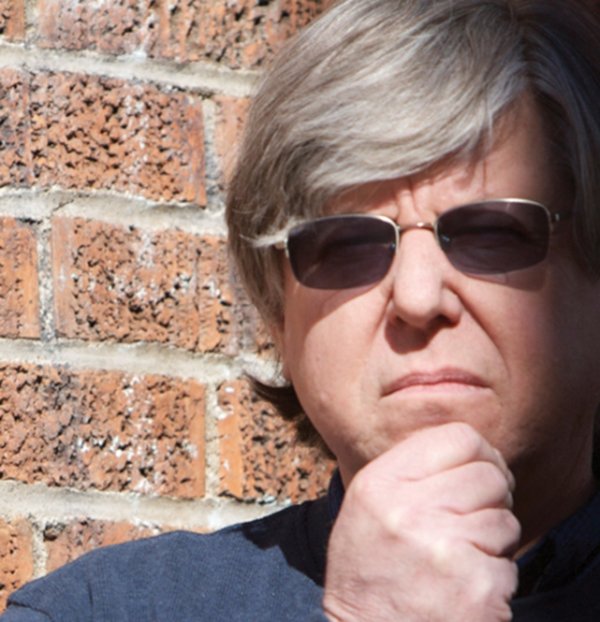 The power of filmmaking can sometimes take hold and lift us into an escapist retreat from our entire life, and other times it can be a wondrous experience of dealing with an emotional turbulence, strange melancholy, or a genuine belly laugh that can make your head hurt from laughter. One of those films I experienced all of these feelings were in local filmmaker, Dan Schenidkraut’s newest film, Old Man, which screens Monday, April 14 at 7:30 p.m. at St. Anthony Main Theater as part of the 2014 Minneapolis St. Paul International Film Festival (MSPIFF). Dan Schneidkraut’s film opens with Andy Schneidkraut walking out of his record shop in Boulder, Col.—Albums on the Hill, the last standing record shop in Boulder today. The record store is the subject of the documentary, but it’s also about Schneidkraut’s relationship with his father.

The idea of turning the camera on his father came from parallel stories of Dan’s own youth of growing up in rich communities in Brooklyn and Boulder but his family was not rich in the sense. Andy’s own childhood had similarites of his family being poor but managing to live in nicer communities, so this connection was a way for Dan to reconnect with him. “I knew my dad had these great stories and my visits had been less frequent,” he said. Some of the archival footage in Old Man are worthy of admission alone, featuring in-store appearances from Dave Matthews pre-1995 before “The Crash Man Era,” a wild and screaming Mojo Nixon in store, who afterwards gave a fan an autograph on his butt, and a story of Dan eating pizza with “these four princes” (referring to the Spin Doctors) and is one of the biggest laughs in the film.

“I had about two weeks vacation last spring and I thought it would be a great way to reconnect with my dad get these stories, but then suddenly he was on the verge of record store day, so I wanted to get that footage too. So it was sort of the best of both worlds, reconnecting with Andy following him around and he got to read some of his poetry, and doing a small overview of Boulder.”

Dan also served as the voiceover narrator for the film, his narration brings to mind other documentarians lending their voice as narrator, joining the likes of Werner Herzog (Grizzly Man), Michael Moore (Roger & Me) or Morgan Spurlock (Super Size Me). Schneidkraut’s previous documentary, Ned Abdul Needs More Retail Space or How To Say Goodbye To An Old Friend, is a beautifully realized story about the decay and destruction of the old Uptown Theater. Schneidkraut gives us an under-the-fingernail look into the old historic building. Given he worked at the theater, the story was a spectacular moment in time, and one that will not be forgotten anytime soon.

“I actually got the voice-over idea from watching [local filmmaker] Joe Larsen’s, short film Tonight, We Stay Indoors and liked it, so I stole it for Ned Abdul and thought it would work again for this one. But I hate my voice, so for me this is almost unwatchable.” Dan said by phone in the Twin Cities earlier this week.

“I’m not a documentary filmmaker or see myself as one. I enjoy making narratives more,” Schneidkraut said. “I look at a documentary being more of a short story or a novel. I’m just not a fan of how a lot of documentaries use the talking head syndrome or going back and forth with a few people and using charts and graphs, that style completely turns me off.”

I had the opportunity to talk to Dan and told him that watching Old Man, I felt like I had been transported completely into another world. The one film that came to mind for me was Lumberton, the fictional setting for David Lynch’s, suburban surreal nightmare Blue Velvet. Schneidkraut laughed and said, “Wow, I never thought about that, but that’s awesome. I’m a huge Lynch fan, but I suppose Boulder has strange things going on underneath its surface.” He explains furthermore with some excitement in his voice, “The people who live there are self-satisfying, there are a lot of hypocrites. It’s very expensive to live there, there are very few minorities living there, and it is somewhat of a hippy community. But my parents are still there and I still go visit when I can.”

When I asked if his father has seen the film, Schneidkraut was quick to say, “No, he hasn’t, but he’ll be flying in, along with my mom and he’ll be at the screening on Monday. I know he is really looking forward to seeing it.”

Old Man is coming up to its one-year anniversary of being filmed just as Record Store Day is coming up on Saturday, April 19. When watching Old Man, the stacks and stacks of records in Andy’s living room and store are consuming him, but Dan never goes for easy resolutions in his subject. We are struck with something more personal that boasts an interesting allegory of the today’s music industry, or better yet, the dying vinyl and family-owned record business versus how technology has taken charge in more modern times. Or as Schneidkraut put it, “Doing something that enriches your soul, in a way, leaves you fucked.”

In the end, Schneidkraut finds meaning and solace within Andy and hopes the audience finds something similar. “If they can share my appreciation for Andy, knowing he could have done or gone anywhere in his life, but this was a dream for him and I hope people find him interesting as I find him too.”