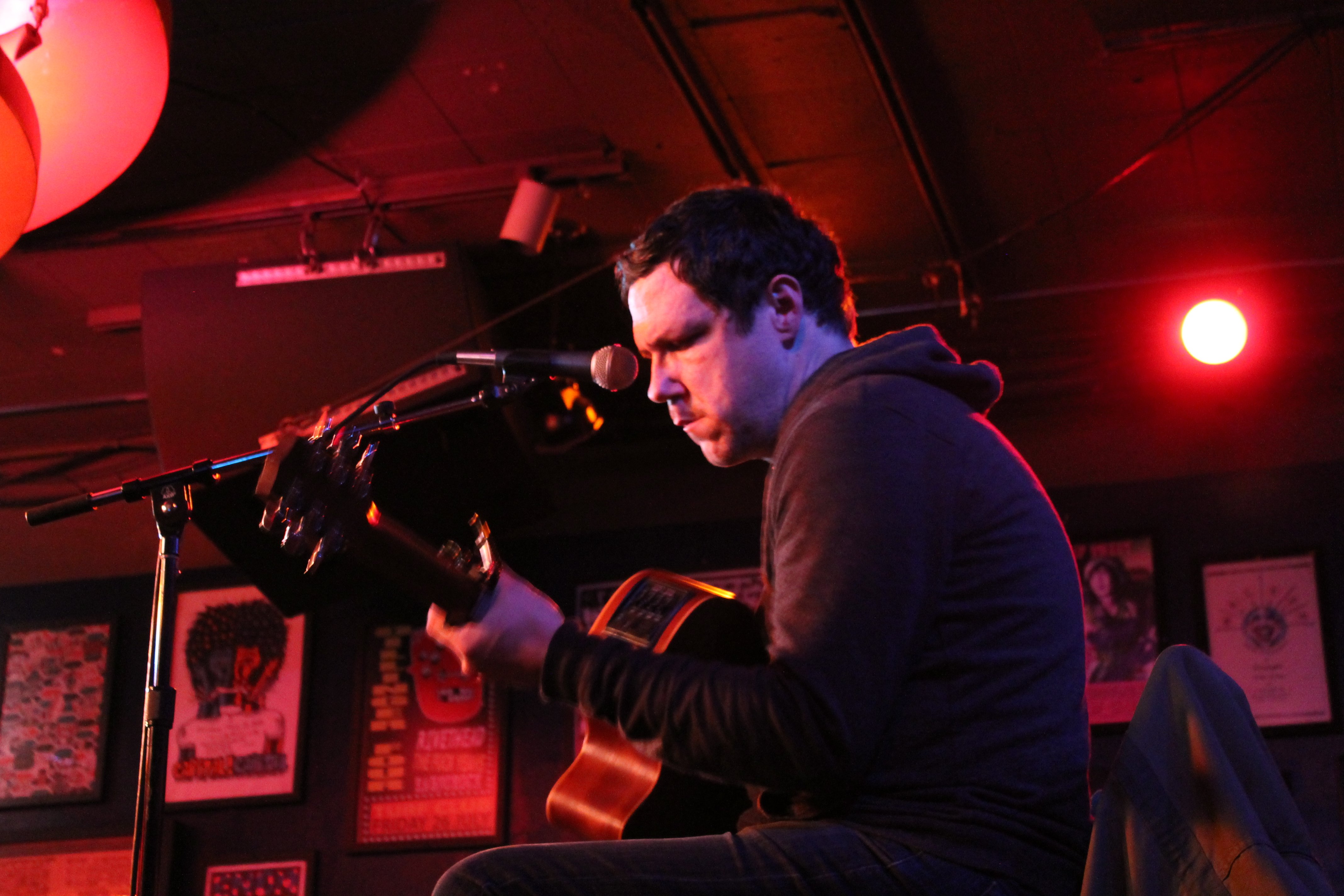 Damien Jurado came to town again for the second time in a year on a cold, but not unwelcoming night. The sold-out Turf Club crowd filed in completely just before the veteran singer-songwriter inconspicuously took the stage, walking up in his winter gear from behind the merch table in the back, through the packed crowd, up the side stairs, and then to the front of the stage to claim his guitar. It was a fitting entrance for an artist so consistently good, he’s almost forgotten amongst the pantheon of new artists filling their spots in the zeitgiest of modern “indie” music.  He played his first song, the opening track fom his newest record, then took his jacket off.

The whole of Jurado’s career, like it or not, has been an exercise in simple, integral Americana songwriting. He has given his listeners record after record of amazingly beautiful, thoughtful, and understated songs, all encapsulated within his yearning, golden pipes. The thing that has made Jurado so good, his consistency, is arguably the same thing that has kept him from a larger spotlight.  It is only on his last three records that has he strayed from the traditional songwriting path into sonically fuller, and at times psychadelic sounds. It is on the heels of his latest album, “Brothers and Sisters of the Eternal Son,” his third consecutive album produced by Richard Swfit, that he came back to the Twin Cities.

This latest album, however, is less psychadelic and more story-bound than his previous two. It is a return to form in big ways, a progression in other, smaller ways. Songs from the new record played out nicely with just Damien and his guitar to sate the Turf Club’s Friday night crowd. The night’s set was compiled mostly of songs from his Swift-produced albums, with various old favorites making up the gaps. The beautiful “Abilene” from 2003’s “Where Shall You Take Me?” was certainly a long-time fan’s highlight.

Jurado also played “Sheets” from his underappreciated “Caught in the Trees” release, a song that captures his penchant for dramatic storytelling, sweet melody, and almost obvious, yet perfectly narrated lyrical territory. Jurado’s between-song banter was surprisingly playful. He joked about, what else, the weather, and told the crowd how much he loved coming to the Twin Cities.

From the audience, Jurado looked very comfortable in his skin. The tonal shifts between new and old material came seamlessly. Older songs were the simple, finger-picked tunes fans have come to adore, and newer songs came to the audience a little louder, and with a harmonics pedal that added layers to Jurado’s haunting voice. That voice is really the characteristic that makes Damien Jurado the beloved artist he is, and Friday night at the Turf Club it was in a perfect place, warmly washing over the crowd and then sending us back into the cold, night time air.