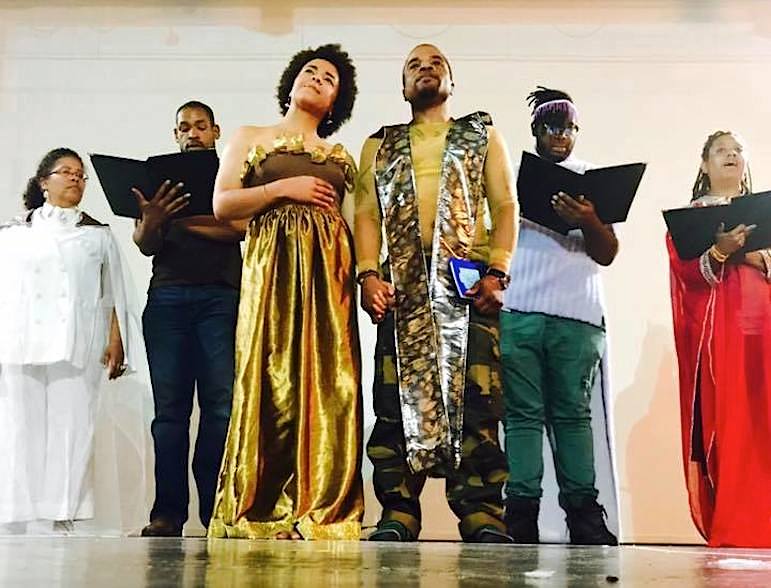 In college, I enrolled in an opera program where I was one of three women of color in the entire undergraduate vocal department. So as I sat in the audience awaiting the final preview run of “Mother King” to begin, I couldn’t help but reminisce on the days when pursuing opera meant being surrounded by mostly white, upper-middle class peers from the suburbs. Sitting next to me that evening was my college opera friend and fellow woman of color, Stephanie Broussard. Like me, she formally studied opera and singing to fulfill a lifelong dream of taking the stage, only to be discouraged by the lack of diversity in the program and course material overall.

”If I had seen myself reflected in school, I think I would still be singing opera and performing more,” Broussard said.

“Mother King” is a conceptual Black opera about the life of Alberta Williams King — slain activist and mother of Rev. Martin Luther King Jr. From July 20 to July 29, the cast and crew performed six preview shows in partnership with Public Functionary to fundraise for a future larger production. The idea to do an opera emerged as Venessa Fuentes and Dameun Strange of OperaRising 52, a music and storytelling partnership, were discussing the 2014 Ava DuVernay movie “Selma” and its omission of women’s contributions to the 1960s Civil Rights movement. Fuentes, who had recently been introduced to the story of Alberta Williams King, pointed out the importance of telling this story. 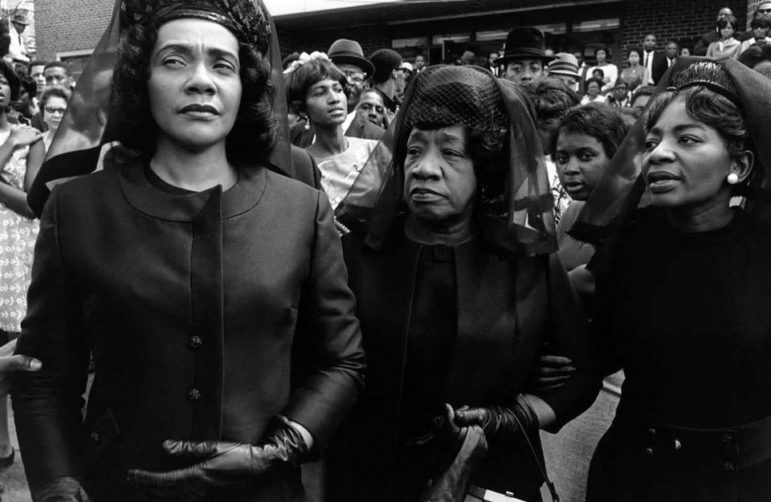 “Alberta Williams King is Dr. Martin Luther King Jr. We all hold him up (as we should) as this iconic leader of the Civil Rights movement. But who informed him and shaped him?” Fuentes said, “I started to talk to people in my immediate circles and literally nobody had heard of her, except for Dameun.”

“Mother King” opens with the assassination Alberta Williams King as she sits playing the church organ. To take the audience along this journey, Strange and Fuentes relied on each other’s respective music and poetry backgrounds: Strange took lines from Fuentes’ original poems to create a libretto and score, Fuentes trusted Strange’s musicality to put the characters she wrote into song with one another. “Mother King” is the first project out of OperaRising 52 and both Fuentes and Strange are looking to be a part of the larger narrative of uplifting the contributions of women of color, along with those of other marginalized peoples.

Black arts organizations are not new to the Twin Cities. Black opera, however, is. The very words “Black” and “opera” seem antithetical to many who know the art form to be one that excludes people of color and indigenous folks (POCI). At a talkback after the final performance of “Mother King” on July 29, artist Ananya Chatterjea brought up that though she loves the aesthetic of opera, she cannot get past the consistently racist stories that use POCI characters as marginal. She posed the question: “Why opera?”

“For me that is the whole question and the question that I’ve been struggling with,” Strange said, “I’ve always been a fan of opera because of the huge stories and the big way you can tell stories. It seems to encourage a lot of different art forms within one art form.”

Strange grew up in Washington, D.C., surrounded by art, in a family rooted in the arts, and in a church that regularly performed western classical music. He fell in love with opera music at age 5 when he saw a production of Georges Bizet’s famous “Carmen.” Once he reached college and took a course on African American theatre, his childhood interest turned to intrigue.

“The way the professor talked about the beginnings of African theatre, especially the part about Egyptian theatre and the way they would tell stories, it was a huge production, more of a populist event,” Strange said, “so in thinking about that, it seemed like opera was actually a very natural way of telling stories in antiquity and for the people.”

Fuentes also carries with her a longtime love of opera sparked by a viewing of “La Bohème” at the Metropolitan Opera in New York. But as many times as she been to the opera, she recalls never seeing a Black person on stage, or in the pit, or even taking tickets. This sparked another revelation, “I think as a Black, Latina and a queer person I really wanted to bust through a lot of those kinds of dusty ideas and notions about who can come and who is reflected on this stage,” Fuentes said. “Opera to me is all these different people coming together to tell a story.”

“Calling it an opera is really claiming an art form that was for the people,” Strange said, “we didn’t want to limit it to just being a theatre piece or a musical. ‘Opera’ in our minds is really meaning a big work or all-encompassing work.”

On art as a whole, Fuentes pointed out the importance of having a message that resonates with folks who have been historically excluded or oppressed, not just with folks looking for escape and luxury. “Art is also a vehicle to reflect movements and sustain people who are really shouldering a lot of the weight of making change and progressing ourselves as a humanity, as a society. It’s medicinal sometimes,” Fuentes said, “so that’s the kind of art that I want to serve.” OperaRising 52 is opera for the people, as the tagline states. “Where else are you going to go in the Twin Cities, or anywhere. Where you’re going to see an all Black cast?” 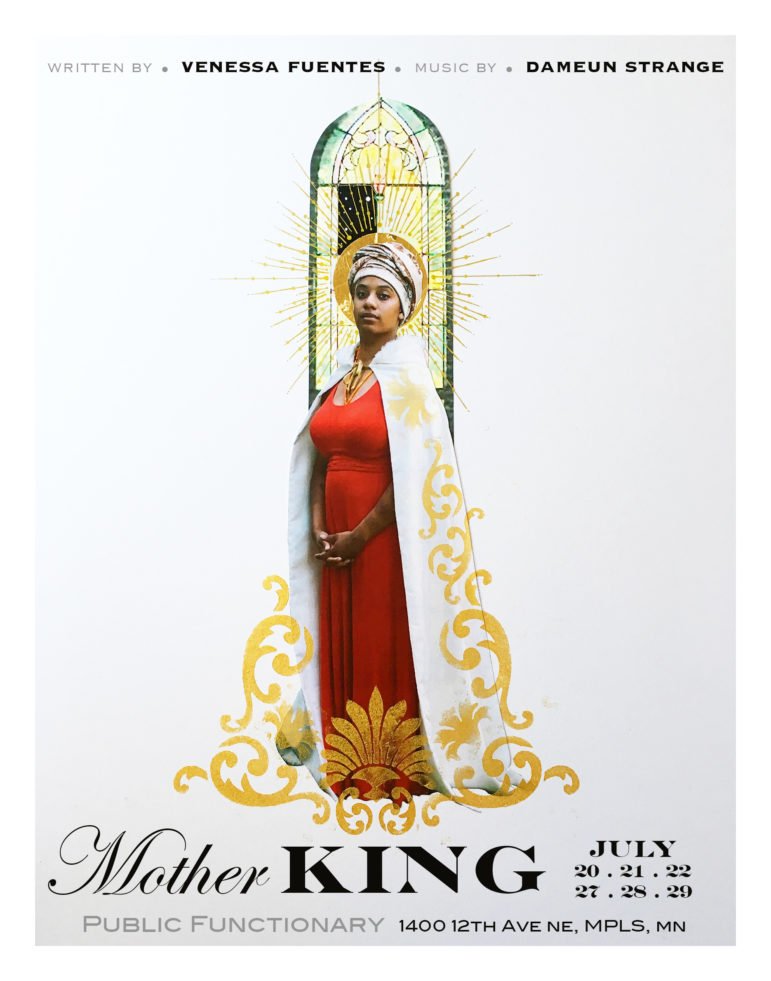 “The most powerful that a human voice can be”

As Fuentes and Strange created the show, they always had singer Liz Gre in mind for the title role of Alberta Williams King because of her extensive background in opera. “It is the most powerful that a human voice can be,” Gre said.

“The sound of opera was never new to me, primarily because my parents, my mom in particular, introduced me to traditional and historic Negro spirituals and other historical Black music that sounded a lot like opera,” Gre said. She recalls seeing Denyce Graves, a great Black opera diva, at Carnegie Mellon Hall when she was 10 years old. For Gre, that moment was when she made the connection between opera as a genre of singing and Black women as carriers of that message. Gre began taking classical voice lessons in high school from a Black voice teacher in Nebraska and moved to the Minnesota to find other kindred and socially conscious artists. Gre, who has performed on stages across the Twin Cities, says she will not audition for just any part.

“I don’t know that I would ever consider doing a traditional opera. I can’t just tell anybody’s story,” Gre said, “I would want to do things like ‘Mother King’ that focus on accessibility, that focus on doing weird [stuff] that is just different and wild and crazy and experimental.”

Before each performance during the preview run, Strange introduced “Mother King” as an “experimental opera,” a trait clearly evidenced by his scoring and selection of music. True to his last name, much of the music Strange writes could be called strange. He writes in unusual meters and makes use of atonality, which many people find unpleasant or inaccessible. However, Strange also grew up surrounded by jazz and gospel. He says that just as he cannot help but let the influences classical music inform his writing, he also cannot help but be influenced by Black music. In writing “Mother King,” Strange included recurring musical themes, or leitmotifs, that harken to gospel and jazz, so that even if some aspects of the music seem odd to people, these leitmotifs provide reference points for them to connect to the music.

“How do I write opera ‘for the people’ but also express my tendency to be a little strange, if you will, and write contemporary music that is sometimes atonal?” Strange said. “Really what I want to do with my music is still be authentically me but still approach the opera as a storyteller, recognizing that some things may be inaccessible and where they may be inaccessible to add some accessible elements to that.”

In an interview with KFAI, Strange said that he initially thought because “Mother King” is a Black opera, “it should sound like Black music, or what other people think of as Black music,” i.e. hip-hop or soul. He went on to acknowledge, “I’m a Black composer so whatever I write is Black music.” Talking about this, Strange recalled a poetry class he took in college with writer Alexs Pate who told him that because he’s a Black man he would always be a Black poet — and because he’s a Black poet anything he writes will inherently be political. By taking on an opera, and scoring it with music true to who he is as a composer Strange challenges notions of both opera and Black music. He creates a work that is wholly both.

“Mother King” further pushes these boundaries with its performers. Including Gre, only two of the six cast members have classical training. The others come from jazz, hip-hop, musical theatre and soul backgrounds. Some had not read music since their childhood. Each talked about how challenging learning the music was, but they also spoke about how liberating it was to come out on the other side of knowing the music, to allow themselves to not be perfect. Gre spoke of learning to feel the heartbeat of the different rhythms as they changed and let that heartbeat connect them to the story and to each other. They all talked about how this opera forced them all to trust each other, creating a community, a voice, within the production.

Miko Simmons, projection designer for the opera, said in a talkback session after the final show, “these are very poignant times to remember, to reconnect to members of our communities and to have different thought processes… We need to root ourselves in history and family and fellow artists whose identities have also been marginalized.” Similarly, Strange and Fuentes shared these sentiments about the importance of telling King’s story especially in this moment. Both spoke to the poignancy of the present as being a moment of movement reinvigoration.

“I feel like this story has found us and we’re going to interpret it and tell it,“ said Fuentes.

Update: OperaWorks 52 has been renamed OperaRising 52. This article has been updated to reflect that change.