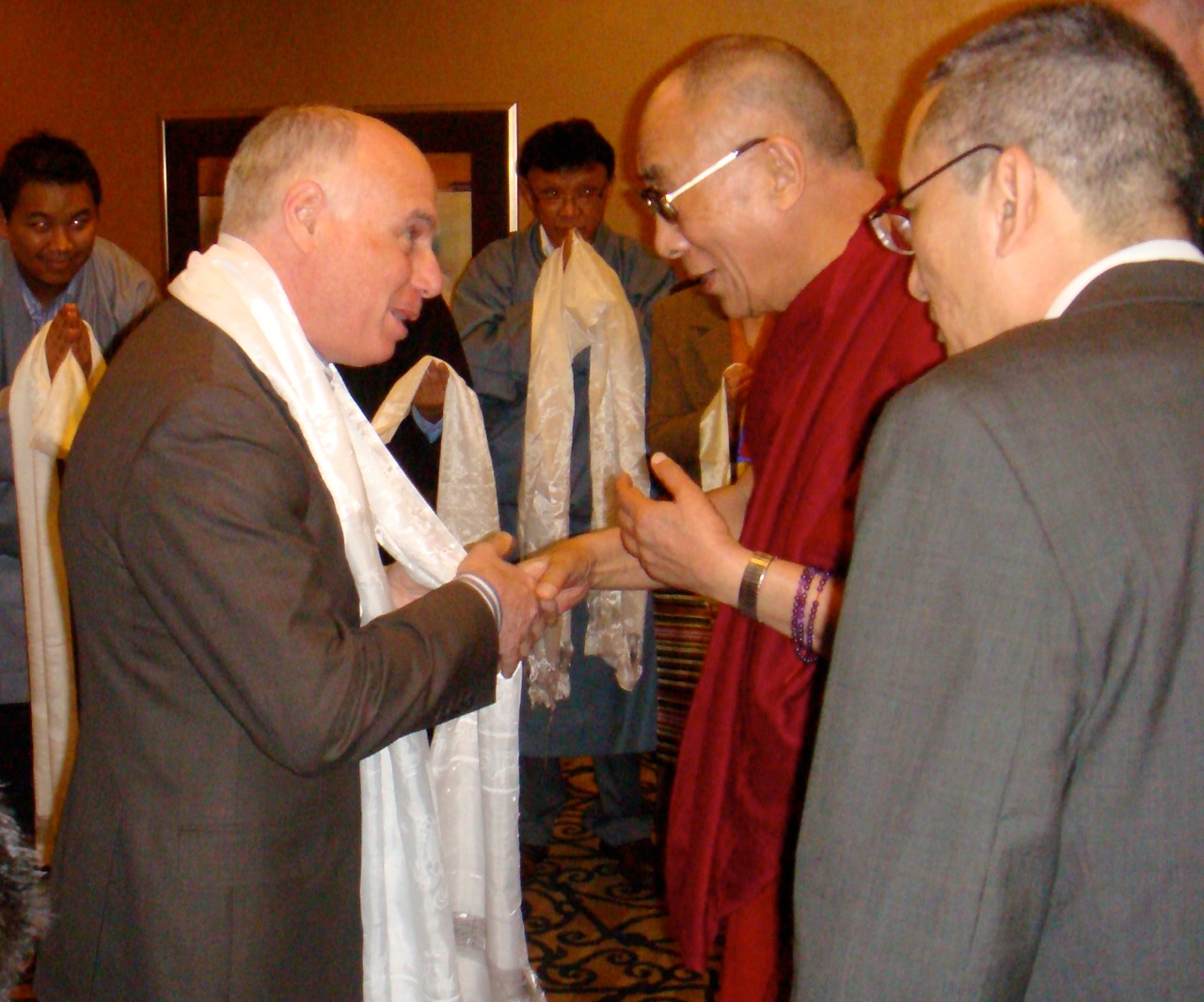 Got a note and photo from Marquette Hotel general manager Gerard Viardin (that’s him on the left), reporting that the Dalai Lama stayed at the Marquette on his recent visit: “I had the pleasure of welcoming him for the third time.”

So, what did His Holiness eat? “He had a group of three chefs who were cooking for him, so honestly I really do not know what he had. I saw lots of fruits, cookies,” reports Viardin.

Contrary to what is often assumed, the Dalai Lama is not a vegetarian. A 1998 article in the New Yorker magazine reported that The Dalai Lama himself was a vegetarian for several years, but began eating meat again after his health declined. Now His Holiness alternates vegetarian and meat-eating days.