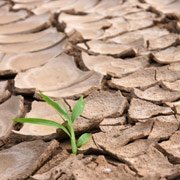 The Drought Monitor is a joint weather project of several federal agencies that work cooperatively with states. Check out this map of Minnesota conditions.

Given the wet spring most parts of Minnesota experienced earlier, we’re not down to living rainfall-to-rainfall like stressed families living paycheck-to-paycheck. But there can be economic consequences for Minnesota farmers and for the state’s economy going forward if weather conditions interfere with crop progress and future moisture needs.

Such findings would not be cause for alarm most years. The huge Minnesota landmass north to south can have floods and droughts at the same time in different parts of the state. But we are coming off a significant drought from a year ago, and uncooperative weather this spring has Minnesota farm crops lagging behind normal growth this year.

The last four weeks has been especially dry in prime farm country. Cannon Falls was nearly 4 inches below normal in July, Lamberton was 3 inches short of normal, Worthington was nearly 3 inches below normal, Collegeville, Redwood Falls, Winona and Forest Lake were more than 2 inches short in July, and Crookston, Moorhead, Duluth, Breckenridge, Becker, Olivia, Willmar, Mora, Marshall, Rochester and Red Wing all reported deficits of more than an inch from normal.

Should Minnesotans be concerned? Yes, but that’s true every year when such a large part of our economy depends on weather. What justifies more concern than normal this year is that field crops are just catching up to where they should be while we are in a cool, dry spell that looks to continue well into August.