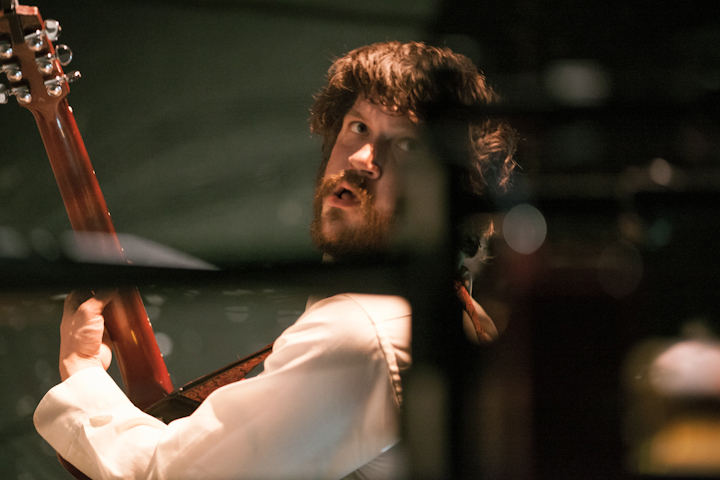 The stage was brightly lit with the black stenciled numbers “400” beaming behind the instruments and microphone stands as a soft hum came from the speakers at the 400 Bar, Friday March 23, as Omaha indie rockers Cursive were about ready to take the stage. My expectations were surprisingly low for the concert: I’d just about given up on Cursive after their two previous albums, 2009’s Mama, I’m Swollen and 2006’s Happy Hollow, seemed to be somewhat underwhelming after 2000’s Domestica and 2003’s The Ugly Organ.

All of Cursive’s music still contains what fans and critics have always craved about the band, though: complicated guitar hooks, bizarre lyrics ranging from whispering to growling, and a determination not to follow any type of blueprint. With the last two albums, however, Cursive seemed to have experimented with a “lunatic calm” approach to songwriting and arrangement that I never connected to, leaving me wondering if Cursive’s latest album, I Am Gemini, would be more of the same of their recently produced music or a return to form.

After a few minutes of the soft hum and fans waiting hovering around the stage, Cursive walked on stage and went straight into “This House Alive,” the first song off the new album. Starting out slow, lead singer and frontman Tim Kasher played a few notes on his guitar, turning his back to the audience, before standing front and center and beginning to sing. Once Kasher’s voice came through the speakers, the audience was energized and fell under his charismatic spell.

For the next 40 minutes or so, Cursive steamrolled through ten songs and never let up, playing a mixture of older songs including “Gentleman Caller” and “The Martyr.” “The Sun and Moon,” which is getting heavy rotation play on 89.3 The Current, got the biggest cheer early on in the evening, with arms raised into the air and people jumping up and down near the stage. After “The Martyr,” bass player Matt Maginn was covered in sweat and looked like he needed a towel. Kasher stopped the set to tell the audience that he wasn’t expecting “Minneapolis to be this hot in mid-March.” Moments later, someone from the audience brought shots up to the stage for the band, and there was a brief pause in the show as the members—guitarist Ted Stevens, drummer Cully Symington, and another member (name unknown to me) playing keyboards along with trumpet and trombone throughout the set—all took the shots and jumped right back into “Twin Dragon/Hello Skeleton,” a track off the new album.

When “Twin Dragon/Hello Skeleton” finished, Kasher again told the sound staff that he was having a hard time hearing himself and asked, “Did I play that too hard?”, which got big laughs from the audience.

Cursive left the stage after ending their first set with “Art is Hard,” a song that was perfectly executed and sounded as if we were all in studio with them as they recorded it. It came off as a thunderous opening to what would have been a great song to end the evening on. However, after leaving the stage for a few minutes and receiving cheers from the audience, It was less than five minutes before the five men returned to the stage for a four-song encore, playing a hidden gem of a cut: “Sink to the Beat” from their 2001 Burst & Bloom EP, perhaps the night’s biggest surprise for the Cursive lovers in the crowd.  Kasher even mentioned “playing a game” and then said, “it’s not much of game, but I like to give out MVP’s to a few people in the crowd.” He pointed to people mostly down off stage right and gave each of them some nice words, thanking them and everyone for the coming to the show.

The 19-song set clocked in around 90 minutes of satisfying and thrilling moments, far surpassing my expectations. Kasher and company brought enough energy and engaged the audience, covering plenty of older hits and incorporating some of the best songs off I Am Gemini, to give me a newfound appreciation for a band I had given up on until thir performance sent me rushing back after the show, well past midnight, revisiting Mama, I’m Swollen and Happy Hollow again. I was reminded of the great songs that were played throughout the evening from those albums, that I never really gave a chance to. I’ve got enough “newer Cursive music,” it turns out, to keep me busy until the next time they come back to “hot” Minneapolis. 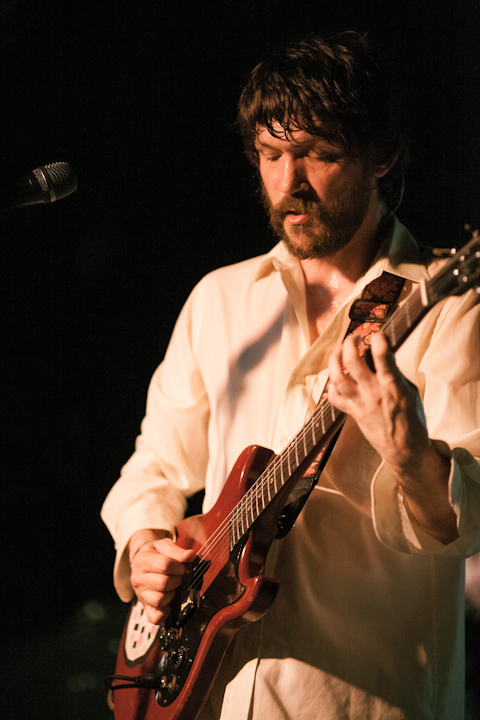 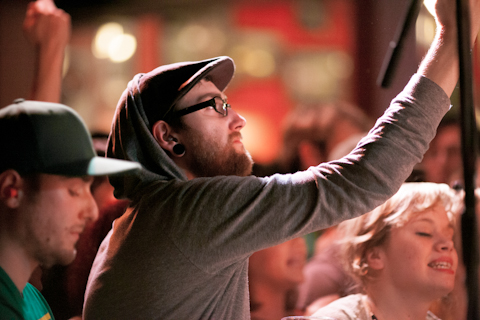 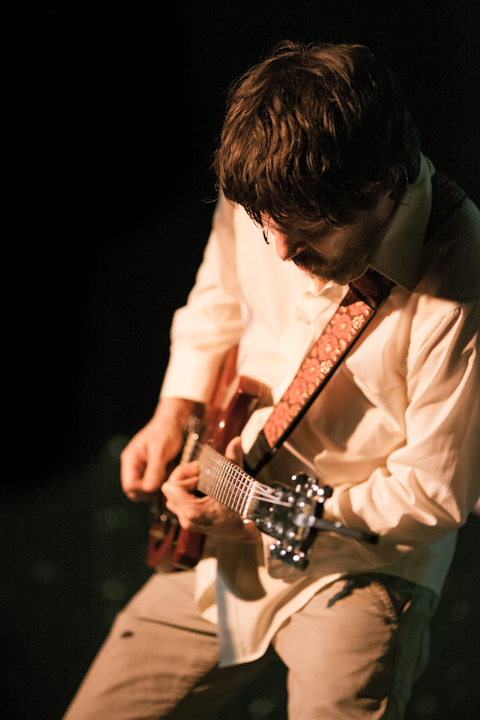 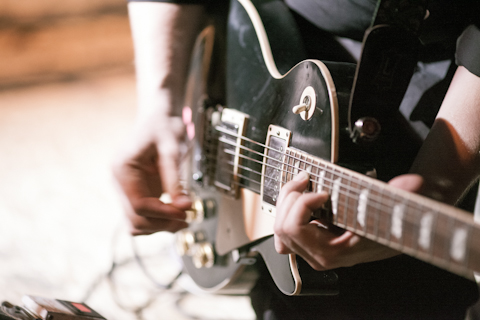 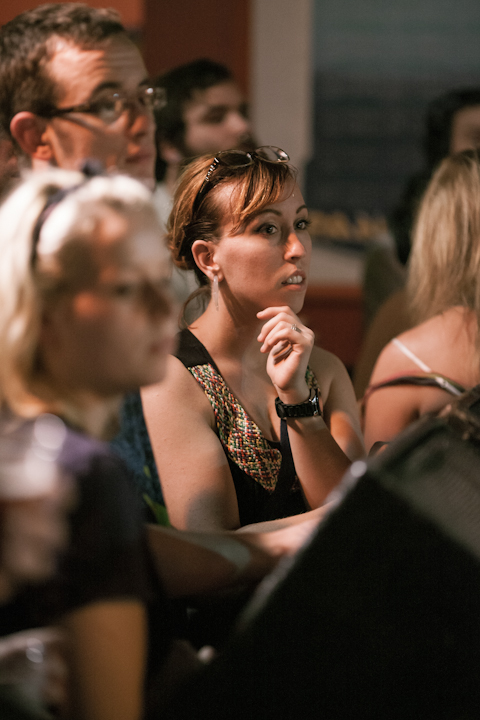 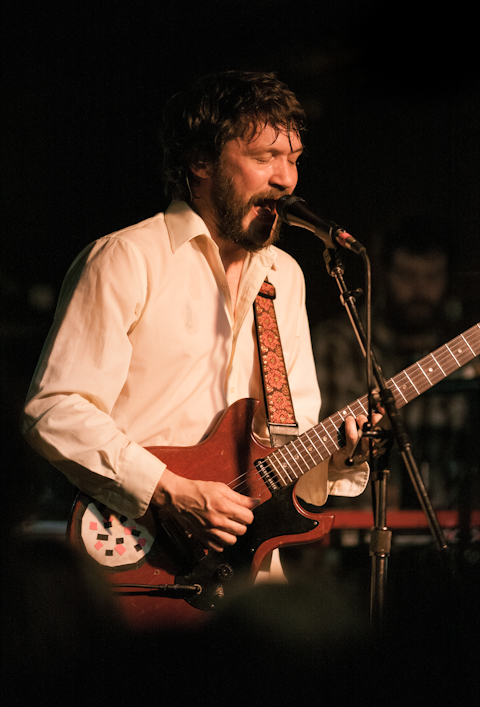 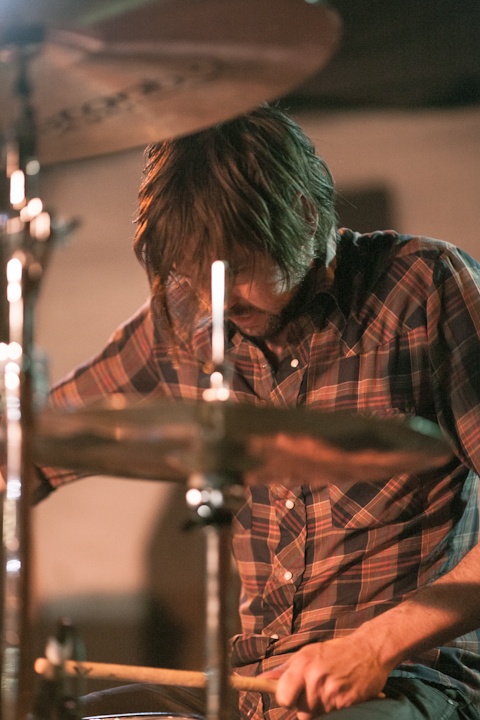 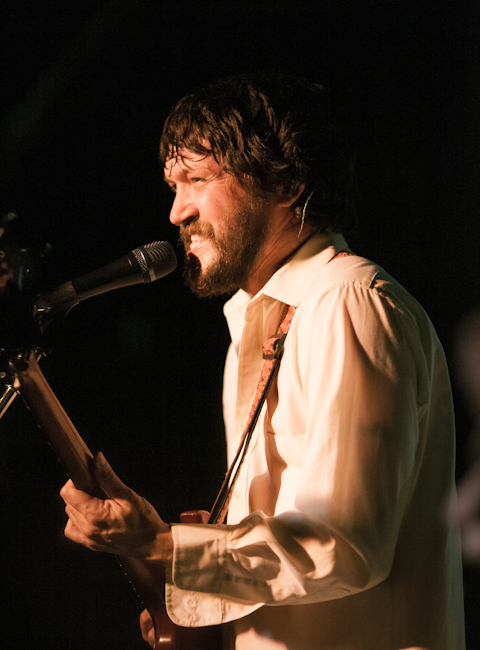