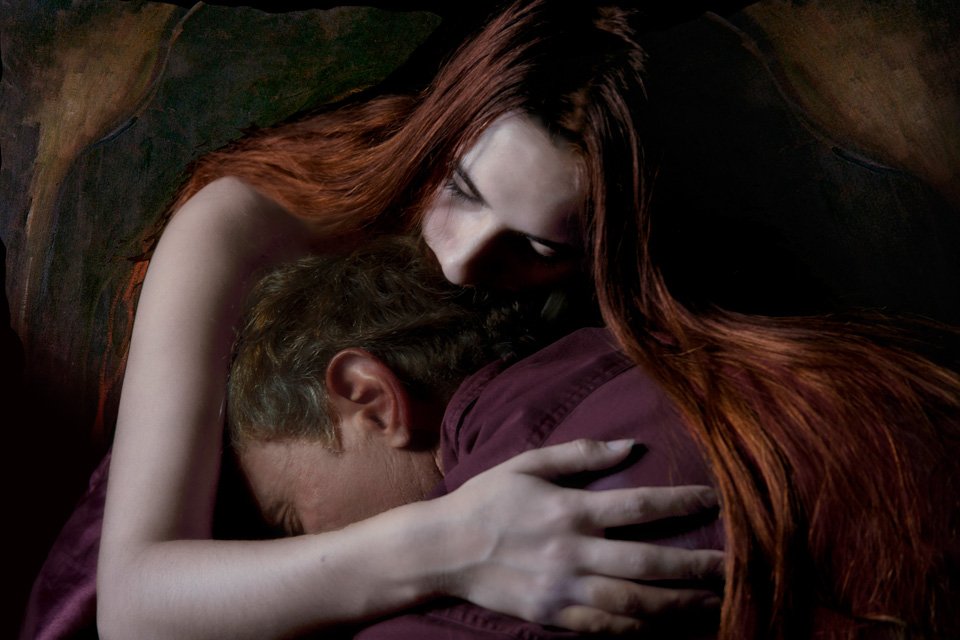 Cursed, playing at the Huge Theater, is an adaptation of To Damascus, Part I by August Strindberg. I am not familiar with the source material, but it’s a safe assumption that much is lost in this translation. The fifty minute time constraint is clearly a problem; there is no time to develop the characters as they move from from scene to scene. There is no chemistry between the two leads; the audience never sees the passion towards each other that they keep talking (and talking) about. Updating the play to the modern day doesn’t work either.  Many of the plot details are unbelievable. Would a young modern day “trophy wife” invite her aging rock-star one-night stand over for a pot roast dinner with her husband the next day? Would the rock-star accept the invitation? Would a psychiatrist/psychologist type keep jars of brain tissue in his house and have his schizophrenic patient serving drinks at his dinner party? The situations are implausible. And in 2014, the weird little speech explaining “he’s a good husband because he doesn’t hit you” strikes a very sour note.