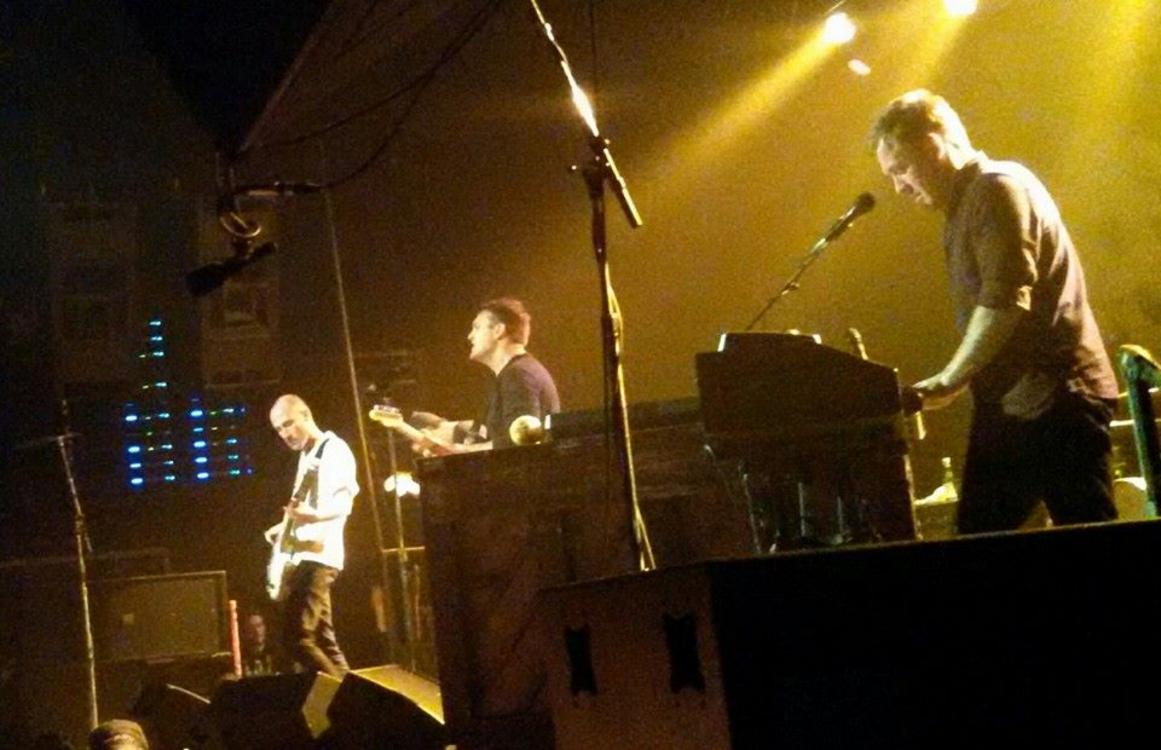 The Current celebrates their birthday in style but more importantly with great variety. The penultimate birthday event on Jan. 23 night at First Avenue included four bands with four different sounds: rap, pop, Americana and indie rock. And if you dig deeper at all, there were really more sounds within each performance.

Cold War Kids are pegged as indie rock—but shave lead singer Nathan Willett’s head (or grow his hair long) and I think you’d see Henry Rollins on stage. The music isn’t as hard as Black Flag but Willett is as energetic; he plays and sings hard – as do the rest of the members. There’s also a hint of Rockabilly in a song like Minimum Day and a lot of Jane’s Addictions. Percussionist Joe Plummer plays a mean maraca and I’s fun to see percussion (outside of drums) be an integral part of the music.

The only strike against Cold Ware Kids? They aren’t from Minnesota. But I think we could adopt them if they move here.

Dead Man Winter played their rocking tone of Americana. Being it was the The Current birthday show and Americana isn’t necessarily the first thing you think of when you think The Current, I was reminded of Dale Connelly and Jim Ed Poole. Ten years ago, I remember them doing the Morning Show for The Current. And their time slot was a little different than the rest of the day but for fans of Blue Grass and Americana it was a nice interlude. I think their influence helped build a base for the popularity of Minnesota Americana today.

The guys on stage with Dead Man Winter are beneficiaries of that foundation. It is a who’s who in local music starting with lead singer Dave Simonett from Tramples by Turtles, Erik Koskinen, Timmy Saxhaug, Ryan Young and JT Bates. They brought the twang to the stage and got everyone moving with Wasteland.

A lot of people hopping around for Hippo Campus. They’re pure pop! The music is upbeat, the band members are engaging and cute. Their songs are catchy. I’ve been singing Suicide Saturday all morning, which is a much more sunshiny song than you might expect from the title. They sing a little fast rap, they play a lot of strings, there’s a lot of hand waving on stage and in the crowd. They’re fun. I’m not their target market, I’ll admit that now. But there’s something about them that reminds me of The Jam and back in the day I was their target market – although Hippo Campus seem much more approachable.

Allan Kingdom brought in the smooth rap. Another charismatic performer, which is really imperative when it’s just the singer and a DJ. But Allan Kingdom is big enough to fill that space. His music is rap but there’s music to it as well.

Some genres are more natural fits for my taste but every year I enjoy the variety of music The Current puts on the stage.