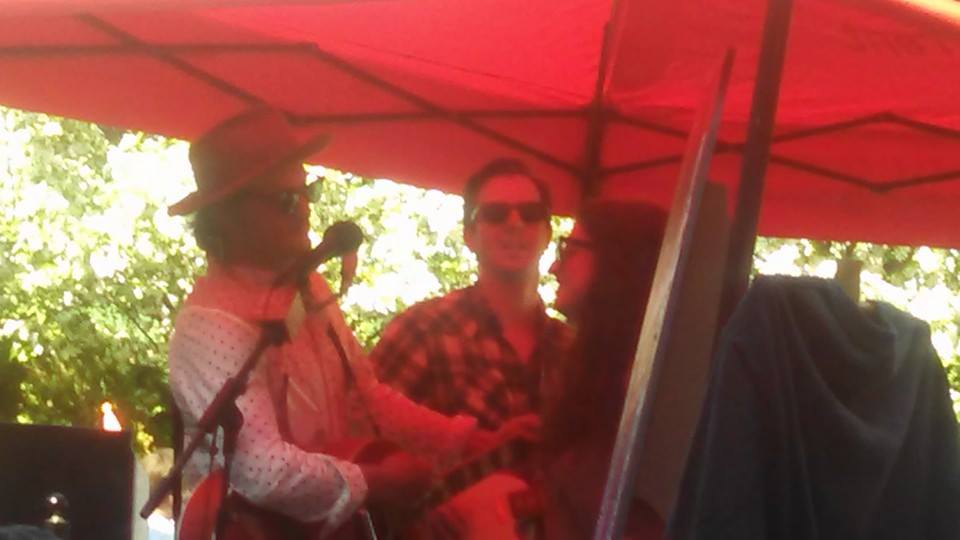 Frankie Lee at The Longfellow Grill

Here’s a really good idea – celebrate the long-awaited Minnesota summer with afternoons of beer tasting and bands on patios. We have a good start going: The Current and Schell’s have partnered up to create a special beer. To debut that beer, the Current planned three afternoons with good beer and good music at local bars and restaurants.

Last week the Cactus Blossoms played at the Amsterdam. (I was sorry to miss that!) Next week on June 4, 4onthefloor will be playing at the Bayside Grill in Excelsior. On Wednesday, Frankie Lee played at the Longfellow Grill. The weather was gorgeous. It’s a nice walk from my house. The beer looked good. The food was good. And the music was great.

The event ran from 3:00 to 6:00. Frankie Lee started about 4:30 and played for maybe an hour. He played with Mike Rosetto. They started big with Country from the last CD, played a couple of new songs and even hit a Rolling Stones cover – Wild Horses. It was perfect country-twanged music for the lazy afternoon that was in it. They sounded very relaxed and easy. I often see Frankie Lee play with Erik Koskinen; it was nice to play his own material. (He was named best local song writer by City Pages this year!)

We were also delighted to meet Current DJ Mark Wheat, who was graciously walking around and talking to folks, especially folks with kids. It seems like an easy way to help develop a taste for local music early. (Also rumor has it he mentioned us on the radio, which is a cheap thrill.)

There was a good crowd – more people than seats, which worked well enough since the Longfellow has plenty of nearby public space where you can sit and listen  and just about see the band playing. (I was sad for partial viewing during Wild Horses and I think he was singing with Claire de Lune from The Chalice – but I’m not positive.) The crowd included plenty of local musicians. It’s nice to see support throughout an industry. So my only hope is that the beer tastings will continue through the summer. It’s a really good idea. And I can help with a list of bars in walking distance to my house!