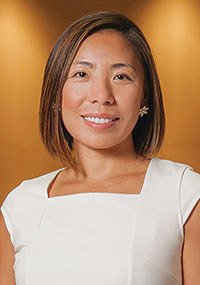 (Photo courtesy of Sia He)

Sia Her remembers hearing relatives ask her mother, “Is this the daughter you tried to abort?” And her mother would say yes. For years, until her parents finally felt able to tell stories from Laos, she didn’t understand the questions, or the answer.

Before she was born, Vietnamese Communist soldiers searched the jungles for her maternal grandfather, a Hmong military leader, and her father, his trusted aide and bodyguard. Her mother’s pregnancy could have revealed that the two men were nearby. Everyone feared that the birth of a child could kill them and possibly the whole village, her parents later explained, so her mother went to a medicine woman for herbs to end the pregnancy.

When the herbs didn’t work, Sia’s mother spent most of her time before and after her daughter’s birth hiding in a farmhouse. Sia’s father came to see them there, before he and her grandfather escaped across the river to a refugee camp in Thailand. Three months later, her grandfather returned and helped her mother, Sia and an older sister escape, too.

A sense of mission

Memories of the refugee camp have shaped her life. “During the long nights of studying at Macalester, when I was tired of writing my honors thesis,” she says, “I would remember what my parents said to me, and bits and pieces of my life before I moved to Minnesota. I would say to myself – do it for your parents. Do it for all the other family members who did not get here.”

Advocacy for women who have been victims of violence has become an important focus of the council’s work. Meeting with Asian Pacific leaders of nonprofits soon after her appointment, she discovered that there are “very few culturally and linguistically appropriate and responsive places for victims of abuse from the API [Asian and Pacific Islander] community to go to for the support they need,” she says.

“We know anecdotally that Asian American women are experiencing violence at a high rate. What we don’t have is actual data,” Sia says. She supports Rep. Karen Clark’s proposal for a study on the nature, scope and prevalence of violence against Asian Pacific American women and children in Minnesota.

Her family remains a source of strength and challenge. “The greatest challenge I as an American of Hmong descent have experienced in my life,” she says, “is that constant effort to be true to myself.” Sia’s parents wanted her to follow the traditional road of a Hmong daughter, but she was drawn to a different path.

Growing up in California, she was often told that good daughters married at 14 or 15 and had lots of children. “As first-generation Hmong American daughters,” her sister Lee Her says, ” We grew up yearning to breach these expectations set for young Hmong American women.” Lee recalls “serious conversations” between daughters and parents about expectations, and she says Sia was “the beacon, the catalyst for the journey that all of us took.”

Sia was determined to go to college and her parents were supportive, Lee says. “My parents were very supportive of education, no matter how deep our differences were. That hope for us was unwavering.”

But differences arose over what Sia chose to do with education. Being “a doctor, lawyer, all that great stuff” was expected, Lee says. Political involvement was not.

Sia worked on Minnesota Rep. Rena Moran’s 2010 campaign, and the legislator says they share a passion for building relationships and trust in communities. Moran praises Sia as “a Hmong woman who is a leader and who is very active and knowledgeable within the political arena, who has the respect and support of many elected officials.” That has not always been easy in what historically has been a male-dominant culture.

Today, Sia says, “the definition of a good and successful daughter is light years from what it was when I was growing up.” She values being able to choose which pieces of traditional Hmong culture and American culture fit her.

“No child wants to disappoint her parents,” she says. “And no matter how Americanized I am, I can never be so Americanized that I would be honestly happy without my parents and my community in my life.”