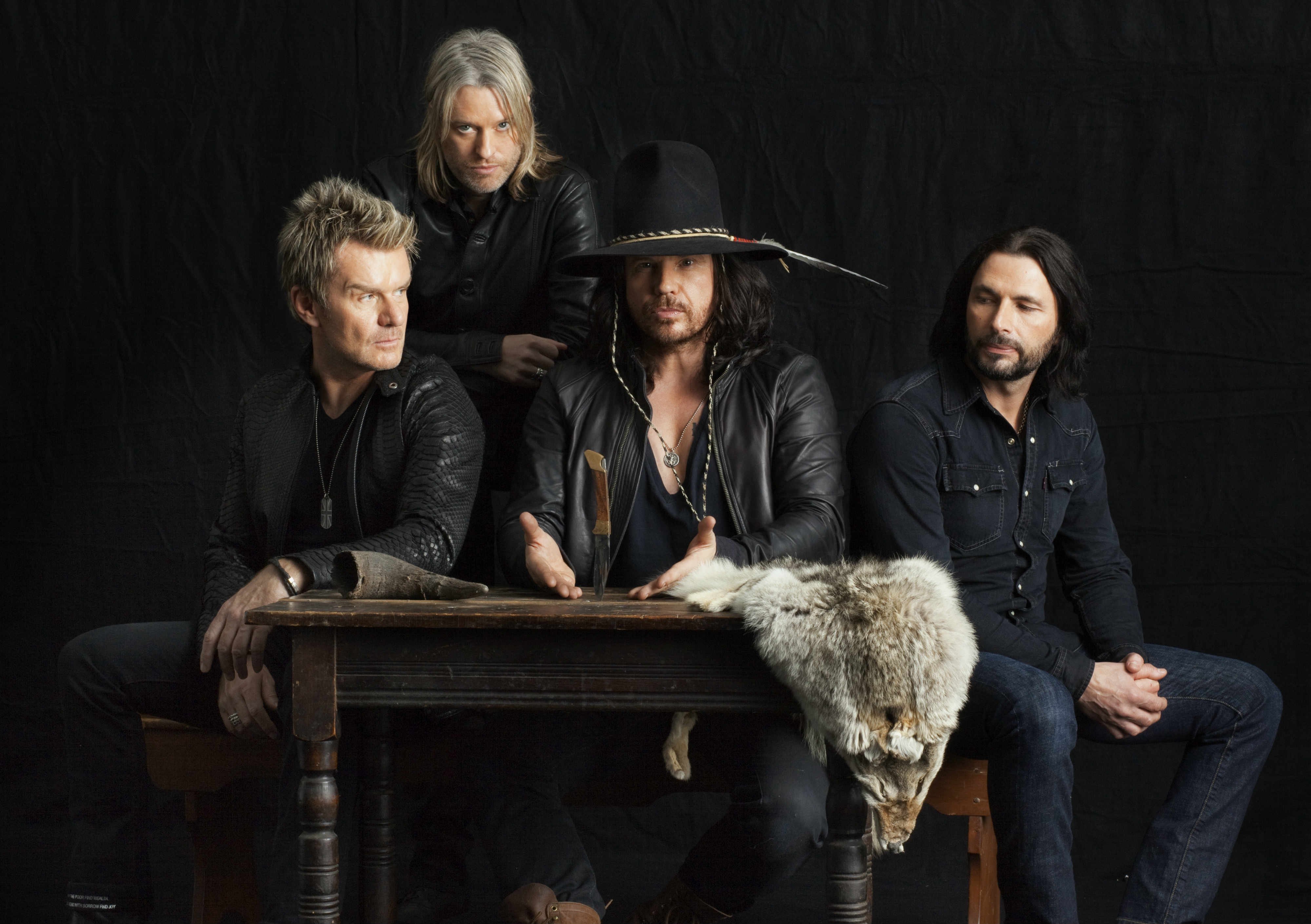 When British band The Cult first started getting noticed in the mid-80s, most people in America were either listening to synth-pop or hair metal bands. Their original sound having Goth and psychedelic influences fit somewhere in between these styles, but surprisingly attracted listeners from both sides. Greater success came as they further developed into a hard rock band who although was off and on over that last three decades, has managed to produced 9 studio albums full of worthy material.

It has been a year since The Cult last performed in Minneapolis and Mill City Nights proved to be a great fit for their August 5th return. The experienced rockers chose the steady pounding beat of “Rain” as a solid show opener, assuring the good sized audience they were about to get what they came for. Looking the part in sunglasses and a black leather jacket, dynamic front man Ian Astbury demonstrated his off the charts vocal ability while giving his tambourine a good thrashing. With no hesitation, the driving sound continued during the more recent “Honey from a Knife” leading without pause into one of their best known hits “Lil’ Devil,” an unexpected gift so early in the set. Judging by the cheers combined with fists in the air, the crowd appeared to be fired up in a good way from the 3 song assault they’d just been exposed to.

Astbury showed no shortage of energy or enthusiasm as he jetted about shuffling his feet in a way you might better expect to see from James Brown. He seemed in a playful mood as he called a guy out for texting by stating “now you will have to dance with your shirt off”, a funny lead into “Aphrodisiac Jacket”, which did get the crowd dancing. Drummer John Tempesta was a beast behind the kit all night, consistently pounding out a heavy foundation and really crashing the cymbals on “Sweet Soul Sister.” Chris Wyse capitalized on an opportunity to highlight the bass on “Embers” while rhythm guitarist James Stevenson was solid in the pocket throughout the entire performance.

Of course there were guitar enthusiasts who specifically came out to see Billy Duffy, arguably one of the few authentic Rock Guitar Gods still slinging the axe. His solo during “Wild Flower” was his specialty and a sure standout as he got into that familiar rock guitar stance holding a black Les Paul upright (ala Slash) while attacking the strings with fierce precision. Duffy maintained that same intensity and feel for another standout rocker “Rise” infused with a heavy dose of Pete Townshend inspired windmill strumming for added flash. It all built up to fan favorite and set closer “Love Removal Machine,” which from the first recognizable chords was a blast worth the wait. After some convincing fan appreciation, the band got back up for a two-song encore including Duffy playing his iconic white hollow body Gretsch on “She Sells Sanctuary.”

Plain and simple, The Cult put on a great 90-minute rock show and promised to return after releasing new material in 2014. Supporting acts were Sun Gods to Gamma Rays and Hollow Boys.