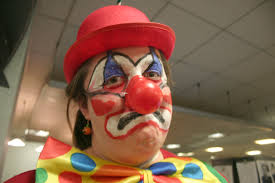 So they took the Minnesota House back by 5 seats, on the “strength” of about 51% turnout, the lowest since 1986. In an election where, nationwide, old people, and hardly anyone else, turned out as if it meant something. (Which it does, but, convincing our voters of that…well that’s our #1 problem. Has been, for a long time, now.) In Minnesota, we could well end up with supermajorities, or close to it, in both chambers, after 2016. In particular, Al Franken’s romp over Mike McFadden – who was supposed to be a strong candidate, you know, a Romney-esque “centrist uniter,” – makes clear just where the MN GOP is as far as legitimate, long-term competitiveness. That would be “nowhere.” Their only chance to come back from nowhere is for sane Republicans to take back the party from the Tea Partiers, theocrats, and Paulbots, and convince voters outside of their base that, having done that, it just might be safe to vote Republican again. Assuming, on the basis of absolutely no evidence, that that process has even started, how many election cycles will it take? Three? Five? Ten? And their base voters heading for the pearly gates, and not being replaced, all the while.

The other huge loser in all of this is Minnesota’s corporate media, which was all but overt in its support for Republican candidacies, especially Stewart Mills III in MN-08. What was left of their reputation for consistently worthwhile political reporting and analysis has sunk like the Pequod, and with about as much chance of raising it, anytime soon.

Also like the GOP, they do have a legitimate, if difficult, option. Currently, corporate media’s positive political coverage, in Minnesota and everywhere else, is split roughly evenly between corporatists and the right wing. In order to much better reflect where the overall public is actually at, they could just move the space they give to right-wingnuts now, over to progressives. That, too, is really about their only chance, for the long run.

There’s a Catch-22. The real purpose of corporate media’s political “reporting” is to promote corporatism. Their current approach works well for that, albeit to an ever-shrinking viewer/reader/listenership, because in their current split the corporatists look pretty good, compared to the ranting freaks of the hard right. Those same corporatists won’t look good at all next to intelligent, knowledgeable, articulate progressives telling it like it is. Hence, the dilemma. But that’s their problem.