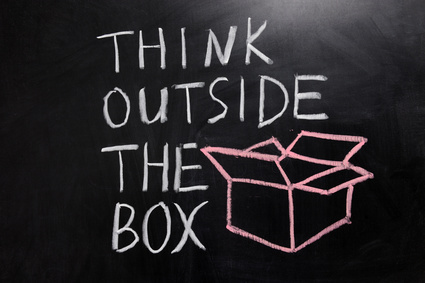 Who would want to teach creative writing in a prison?  Jennifer Bowen Hicks does. And her reasons for founding the Minnesota Prison Writing Workshop (MPWW) in 2011 are clear, if not simple.

In 2011, Hicks contacted  “nearly every prison” in Minnesota to ask if she could teach creative writing. John King, (now Assistant Deputy, then warden from MCF-Lino Lakes) answered her request. John sent her to Jim Muckenhirn who was then Education Director at MCF-Lino Lakes. Jim worked hard finding a space for the class, ordering books, filming the men’s’ final reading and awarding them certificates.

It was such a rewarding experience for both Hicks and her students that she wanted to do this on a larger scale.

Muckenhirn agreed. “There was great enthusiasm for the quality of instruction, personal non-judgmental feedback, and positive interactions and encouragement between volunteer and offenders and also offender to offender,” he said.

When Hicks put the word out that she was looking for writers to teach creative writing classes to prisoners, the list of interested volunteers swelled.

Meanwhile Muckenhirn worked on the Department of Corrections (DOC) side to bring other education directors together for the classes.

“It wouldn’t have happened without the DOC’s support,” Hicks said.

Although Muckenhirn was pleased with the instruction and the outcomes he wasn’t completely surprised. “Along with the expected benefits of improved writing skills, interpersonal communications, positive feedback that would be expected in a classroom setting, there were also non-measurable intangibles that are only observed in changes in thoughts, behaviors, and personal interactions,” he said.

Until now the program has run on donations of teaching and time. The DOC provided books, photocopies. Author Junot Díaz donated signed books and Red Bird Chapbooks provided journals for class. Another instructor, Peter Pearson, donated web work and other technical help. Recently the program received a one-time Arts Learning grant through the Minnesota State Arts Board that will allow them to pay teachers.  And although she is grateful for the funding, Hicks knows stipends are rare.

The rewards for teaching in prison are not monetary, and the group of teachers that stepped forward humbled Hicks with their talent and qualifications.

Dain Edward  was one of those teachers. He taught an oral story-telling class at Stillwater Prison. “Writing and storytelling in particular, provide an opportunity for self-reflection and the development of communication skills, something that many in prison can really benefit from,” he said.

Edward sees this program not as a reward but a proactive approach to recidivism. “Providing education and opportunities for expression is not about rewards or rights. It’s about allowing those incarcerated to continue to contribute to our culture to help offset the load they’ve incurred on the rest of us through their choices. It also helps them make better choices so they can contribute more,” he said.

Peter Pearson is a children’s writer who taught his first class, Realistic Fiction and Fantasy at Oak Park Heights. Pearson, who left social work to focus on writing, said his biggest reason for teaching in prison had to do with voice. “Having a voice and being heard are powerful things. They are basic, human things. It’s hard to have a voice when you’re in prison. I wanted to help change that.” He added, “Prison is very separate from the rest of society, and there are misconceptions on both sides. Crossing that divide in the context of creative writing, which is fundamentally about expression and honesty, is a powerful experience.”

Wendy Brown-Baez taught a ten-session class in Telling Your Story. Teaching the class was satisfying for her because the students worked hard and took the class seriously. She saw results quickly. “I felt I was having an impact and it made a difference in their lives that we showed up. The writers opened their hearts to us. The writing was very personal. I am not a therapist and we’re not ‘in therapy.’ I am not there to fix things, but to listen and then to respond to the writing. It can be hard to stay on track with teaching about writing when you hear intense, devastating stories but that is what we are there to do. We can provide a container for those stories to be told,” she said.

Referring to the numerous studies that show that educating incarcerated men and women reduces recidivism rates, Hicks pointed out that 90 percent of incarcerated individuals will someday leave prison.

“It’s not just humane or idealistic to give them tools to lead an examined life, it’s logical. I believe that’s true for all of us, not just those behind bars,” Hicks said. “It’s cheaper in the long run, than housing an inmate repeatedly or at length. Plus it seems like the right thing to do. If we don’t work to rehabilitate the people we’ve locked up we have little hope of stopping the cycle of dysfunction and destruction,” she said.

Hicks admits that it’s not a foolproof solution. Not everyone can change even when given the chance. There were men who have been in MPWW who had been indifferent or had dropped out, resisting everything that was offered to them.

But by teaching this program, Hicks has seen some remarkable things. “I assumed prison was a dark, horribly oppressed operation,” she said. In some places that is true, she noted, but she also observed that the DOC  “is filled with many kind and compassionate teachers, therapists, and administrators who work hard every day to try and rehabilitate inmates.”

After the class sessions end, the facilities hold readings. Each facility is different but at MCF-Lino Lakes, they have had case managers, treatment therapists, and facility and central office administrators attend their events.

Men in the workshops also form friendships and family units. “They support each other, read each other’s work. It’s not consistent with the story we’re used to seeing on TV dramas, but there is a lot of kindness behind prison walls,” Hicks said.

Many of these men have commented on the value of the program in student testimonials on the MPWW website, including one man who said, “I spent many years of my life with no voice. No way of saying what I needed to say or think that what I had to say had any merit. Through writing I’ve found a way to give voice to my thoughts, ideas and feelings. What comes out in writing is what I struggle to say with my own mouth.”

Two other students reflected on their experience, in anonymous quotes furnished by the Department of Corrections:

“It kinda saved my life,” wrote one. “I just did my 3-step for Chem.-Dependency and writing came up time and time again when it came to pain, spirituality, and self-realization. BTW: Not lip service.”

Said another student, quoted on the website: “Built up anger, avoidance of emotions, silence of my voice from fear of judgment/exposure. To be me as only I know I am without the looks and opinions of others. I can yell, argue and fight without doing any harm to someone else. To empty my gut, relax my mind and free my soul: happiness, sadness, freedom—that’s the value of creative writing to me.”

When Hicks and the DOC developed the program at MCF-Lino Lakes in 2011, volunteers were limited to correspondence in classroom activities.  Because of this limit, they soon developed a mentorship program. This is a benefit for those who have started writing in a class and for new volunteers as well.

“Most of the volunteers choosing to participate in the mentorship program want to be a part of a greater good,” Muckenhirn said, “but do not feel comfortable working in a correctional setting. The mentorship program is a place for offenders that have completed an on-site class and want to continue their writing skills development.”

Hicks added,  “As a writer, I know it’s easier to keep writing when someone is waiting for your work.”

Besides the therapeutic benefits of writing, Hicks has seen a lot of good and improved writing and reading skills. She said that one student who had not read much prior to taking her class said after keeping a book in his cell during the duration of class, “he now realizes that books are where people hide all the answers.”

Another student had an essay he’d written in class read by the governor, and all students have seen their work published in a class journal.

The teachers gain from the experience as well. Said Hicks, “We hone our teaching skills, obviously, but we learn much more than that. Derek Walcott says, ‘To change your language you must change your life.’ Can you think of a greater gift for a writer than to have some of your most basic assumptions challenged on a weekly basis?”

The MPWW has taught in three prisons so far but they have met with education directors at almost all the state’s facilities. The DOC has been open and willing to work with them. The biggest hurdle to entering other facilities is distance.

They hope to take a large group of teachers to Moose Lake for a series of intensive classes this spring or summer. It that goes well, they would consider doing it for some of the more remote facilities.

Although Hicks is enthusiastic and pleased about the results and attention the Minnesota Prison Writing Project has been given, she is quick to point out that “there are hundreds of DOC employees educating and advocating for these men daily and it’s the men themselves—those who’re changing—that are doing the hard daily work of writing and rehabilitating.”